Slam Dunk returns this weekend for three days of the best punk, rock, metal and hardcore so we thought we’d grab some of the bands and get their advice on how you can make the most of the weekend. Read on…

01. You’re playing Slam Dunk this week, what can fans expect from your set?
Oceans Ate Alaska: We pride ourselves on having a big live sound and lots of energy to match. You’ll be off your feet, singing til your voice hurts and beating the shit out of each other. There’s something for everyone at an Oceans Ate Alaska show!

Casey: To be honest we’re not a band that tailors their performances depending on the show, so they can expect the same honesty, intensity, and emotion that we invest into any of our other sets. We will come, and we will sweat, and we will scream, and then we will leave with our heads held high.

Crossfaith: Huge mosh pit, wall of death and some collaborations.

Decade: I’d say fans can expect to see a group of average musicians with no smoke and mirrors whatsoever play a passionate set featuring beer and many falls over.

Set It Off: We are and we are very excited! Fans will expect a high energy show where they’ll be screaming along with us.

02. What are you expecting from Slam Dunk?
Oceans Ate Alaska: As a band we hold no expectations. Every show is a new experience and we like fresh vibes.

Casey: Expectancy is the first step to disappointment as far as I’m concerned; providing we’re given a space in which to express ourselves for 25 minutes then any and all desires I have for the show have been met. We’ve played on stages in front of thousands, and we’ve played in rooms to less than 10 – it doesn’t change the way that we devote ourselves to the music we make.

Crossfaith: Everything about Slam Dunk is so amazing to me, There is a lot of upcoming bands that I cannot watch in Japan, and also this year’s line up is very strong so I should have a look at the time table and make my own one.

Decade: Slam Dunk is always the most fun festival, put on by a great group of people. We’re expecting lots of fun, maybe a couple of high fives and a bit of laughter here and there. Last time we were at Slam Dunk we were given some free socks, so ultimately I’m going to have to say I’m expecting more socks.

Ice Nine Kills: I’m hoping for a responsive and active crowd. The first time we played the U.K. was only about 6 months ago and the reaction was fantastic. I’m expecting an even crazier experience this time around.

Set It Off: To play at three awesome shows, meet with fans and hang with some of my close friends I haven’t seen in a long time.

03. UK festivals have notoriously unpredictable weather, any experience of crazy weather at one of your gigs?
Oceans Ate Alaska: We played Vans Warped Tour all summer last year and experienced intense heat, monsoon like showers and thunder storms that actually stopped some of the shows. So the UK has something to live up to on that note!

Casey: We played Butserfest last year, and the weather there wasn’t particularly pleasant. However, as we were playing on the tented stage, it actually helped out a lot, as we ended up playing to a completely packed out crowd that otherwise we may not have had the opportunity to play to.

Crossfaith: Last year at Leeds Festival was brutal weather and bad ground as well – I didn’t bring spare shoes so I walked the festival barefoot which was fun actually.

Decade: You’re not wrong. When we played Download and Reading & Leeds a few years ago they were both total wash outs. Boardmasters a couple years back was carnage too – after our set the tent we played in blew off a cliff into the bloody sea and the festival was cancelled.

Set It Off: One Warped Tour day back in 2013 there was such a bad rain storm in Florida that the entire venue got shut down and our tent almost got robbed! So hopefully we will be prepared haha

04. Are there any other bands you’re wanting to check out at Slam Dunk?
Oceans Ate Alaska: Enter Shikari! Will be nice seeing our Fearless family friends in INK and IP!

Casey: There are quite a few; I’m excited to finally see Ocean Grove, I’ve been friends with those guys for a while and I’m a big fan of what they do. I’m also looking forward to seeing The Bronx, Turnover, and if I can catch the opening of Sorority Noise before we hit the stage then I’ll definitely be doing that.

Decade: We could happily spend most of our day at the Signature Brew stage to be honest, a lot of great bands there. We’ll also be catching Black Foxxes who play immediately after ourselves and then over to see our pals Counterfeit, Deaf Havana and Tonight Alive.

Ice Nine Kills: Goldfinger, Reel Big Fish, Less Than Jake, The Ataris, The Movielife and Zebrahead are the bands I can’t wait to watch. Those are the artists that influenced me to write my own material. To perform alongside those staple acts is definitely an honor.

05. What five items are essential for you when going to a festival?
Oceans Ate Alaska: Beer, pizza, crispy m&ms, kittens and more beer.

Casey: I’ll be honest and say that I’m not a big festival lover, well, in terms of camping festivals. I went to 2000 Trees last year, and my entire packing list was something like: tent, clothes, phone, dry shampoo, rum. I had a good weekend using that list.

Crossfaith: A cheap and light wallet, rain boots, spare clothes, whiskey and a positive vibe. The last one is the most important thing for festivals.

06. What advice would you give someone looking for love at a festival?
Oceans Ate Alaska: Looking for love? Sweet Jesus, just go love the bands! If you see someone you like jamming the same bands as you, go talk to them after the set…with a kitten in hand!

Casey: I’m probably not the best person to ask for advice on love haha. However, always ensure your advances are reciprocated and respectful, be absolutely certain that whatever you do is consensual, keep yourself as clean and groomed as you possibly can in a sweaty, claustrophobic environment, and then after all that just be yourself; you’re obviously both there for a love of music, so use that as a starting ground and build up.

Crossfaith: Don’t be shy and grab her hand! If you are too nervous then you should have some Jagerbombs!

Decade: Just don’t. Seriously don’t. Look elsewhere. It is definitely not in a tent.

Ice Nine Kills: Definitely bring more than one condom because those break pretty easily during an Enter Shikari wall of death.

Set It Off: Stand up tall and try to get noticed some how!

07. What’s the best tip you could give someone who is attending their first festival this Summer?
Oceans Ate Alaska: Whether you’re drinking, moshing or just enjoying the music in the sun. DRINK PLENTY OF WATER. Or you’ll risk ruining your day!

Casey: Wet wipes; loads of them. Oh, and bottled water, loads of that too.

Crossfaith: Open your mind and have your own pace because it’s impossible to watch all of the bands.

Decade: Be prepared. There’s only going to be one outcome if you turn up in shorts and a t-shirt with no waterproof clothes or shoes. Our hot tip would be a roll of black bin bags – portable, durable, waterproof, and if you really insist on looking for love at the festival, hot babes/dudes dig a dude/chick who can rock the bin bag vibe.

Ice Nine Kills: Don’t ONLY watch the bands you know. I’ve discovered some of my all-time favorite bands at festival shows not knowing who they were before going in. Be open minded, only positive vibes come along with that mindset.

Set It Off: Make a plan on where to meet your friends if you guys get lost! This ALWAYS comes in handy.

08. Out of all the bands playing at Slam Dunk why should a fan come and check out your set?
Oceans Ate Alaska: Because there’s no band on the whole festival like us. We’re heavy, catchy and most of all FUN!

Casey: I don’t really know if it’s for me to dictate or coerce; we’ll be using our 25 minutes to vent our personal anxieties and passions in the most mellifluous way we know how, if that sounds interesting to you, then come check it out.

Crossfaith: Because we are the best live band at that festival, so why don’t you come to our set and mosh? Let’s party together, we will bring you guys to the next level!

Decade: When that room is ours, people will be entering a bullshit free zone. No gimmicks, no superiority complex, just five honest guys there to rip and rock and have a good time with a room full of friends. Do we clash with a band you like better than us? Cool, no worries, enjoy their set, maybe catch you next time! If not, come on over and check us out, we’ll have a laugh and do a beer.

Ice Nine Kills: I like to think that we bring something a little bit refreshing to our genre. We are constantly aware of what influences other acts are drawing from, and we strive to go the complete opposite way.

Set It Off: We have a great live energy that I feel like a lot of people would see and want to be a part of! We like to have fun on stage and the crowd likes to have fun with us and we love it! 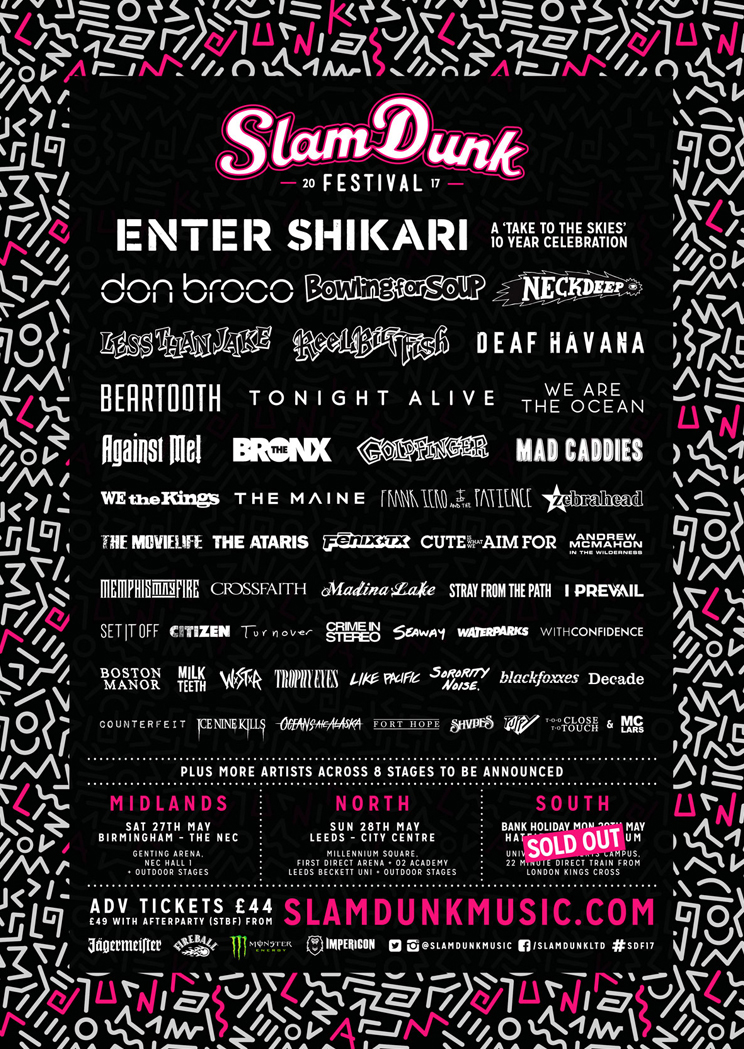 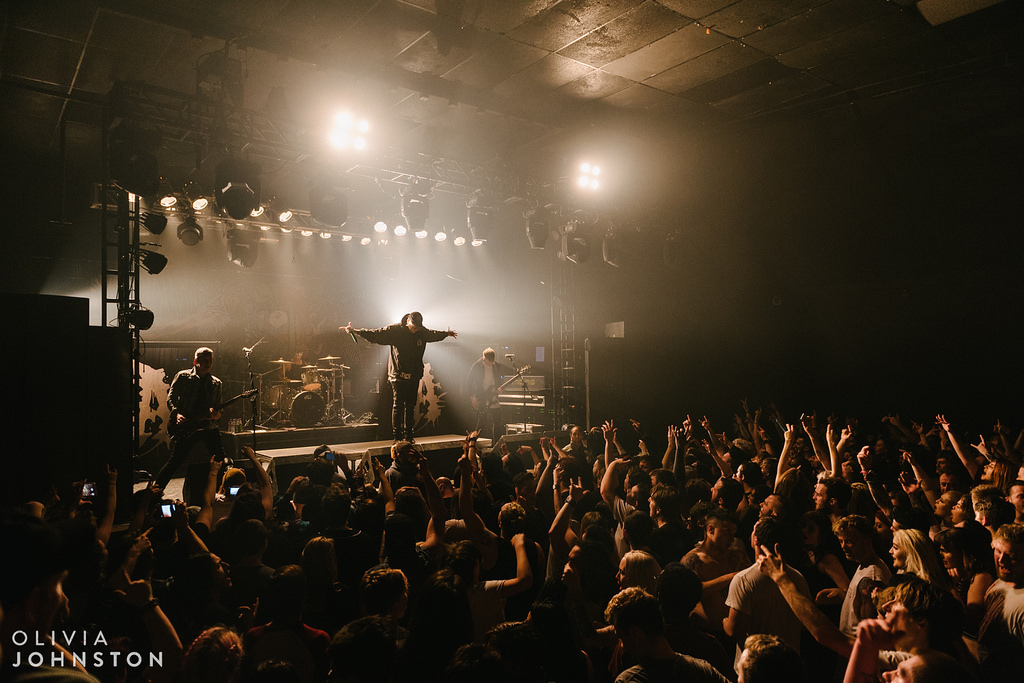 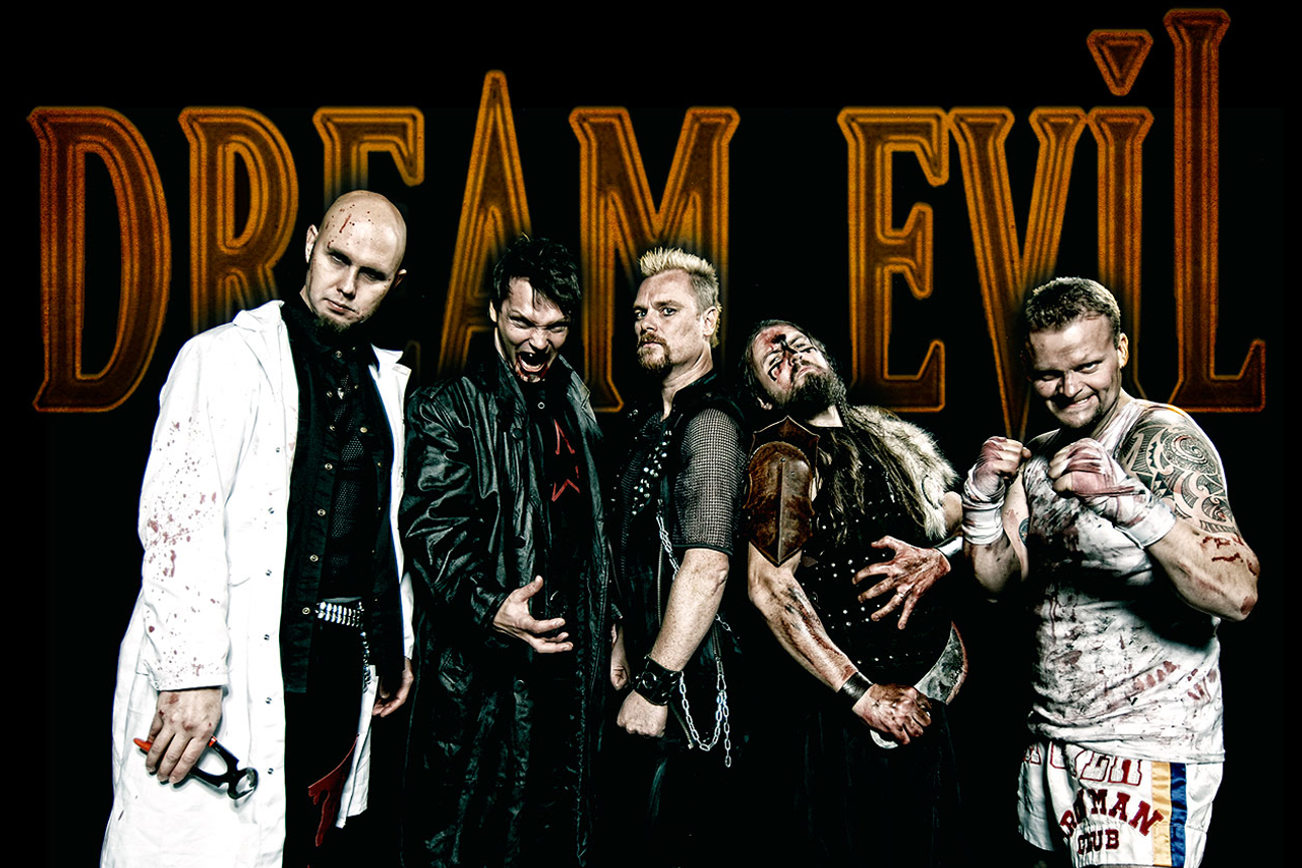