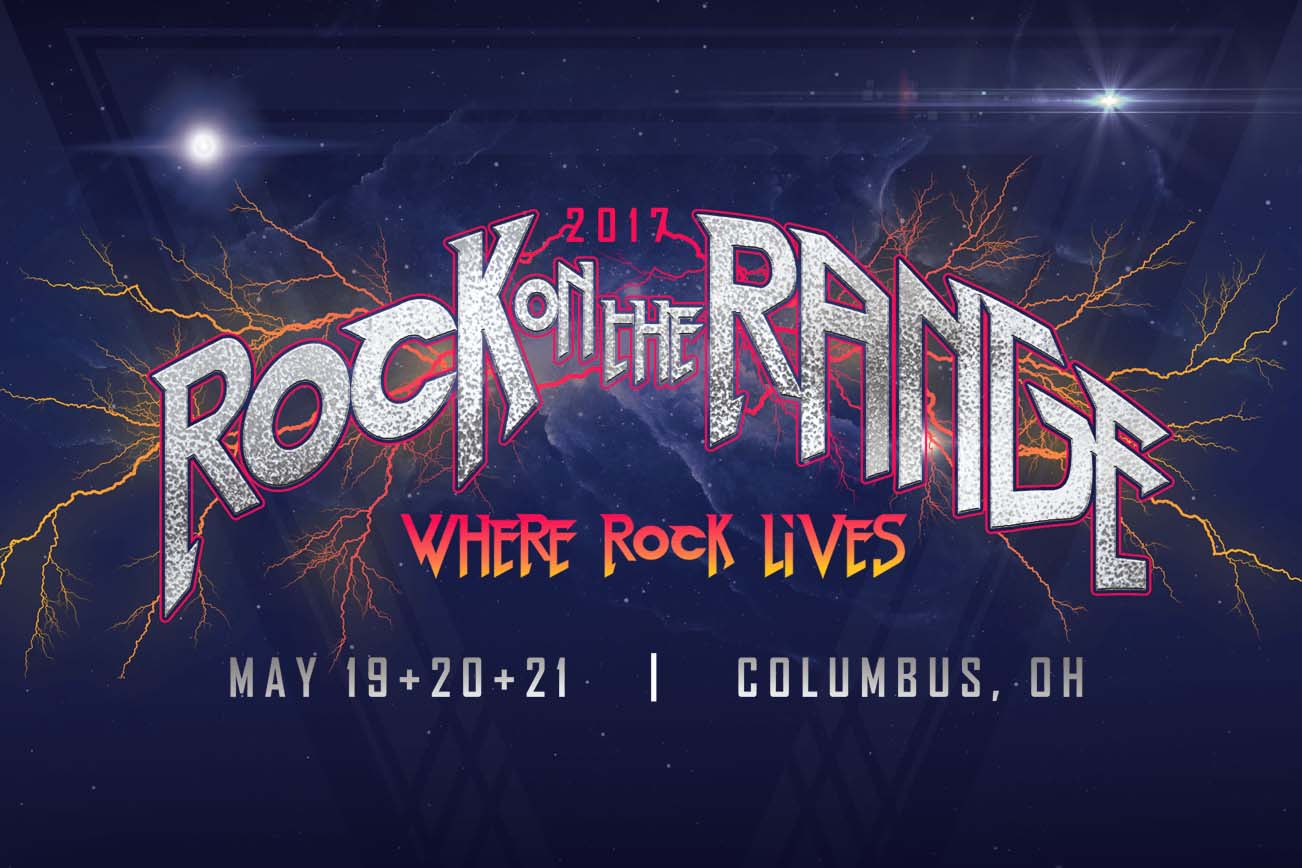 ROCK ON THE RANGE is 2017’s Must-See Rock Festival; Quotes from 12 Bands, Performance Times and Recommendations

There won’t be a three-day line-up of hard rock and metal anywhere in North America quite like Rock On The Range 2017. The festival has always boasted an incredible roster of bands, and this year’s lineup is stacked! If you remove the three headliners there are still numerous excellent opportunities to have your face melted via killer acts. Chevelle, Thrice, Pierce The Veil, Motionless In White, Gojira, Red Fang, The Offspring, Papa Roach, Coheed and Cambria, KYNG, Alter Bridge, In Flames, Frank Carter & The Rattlesnakes, Volbeat, Primus, The Pretty Reckless, Biffy Clyro, The Dillinger Escape Plan, Zakk Sabbath, Dinosaur Pile-Up, Deafheaven, and Royal Republic are all groups that simply will not disappoint.

Mapfre Stadium is going to deliver three days of historic live sets on May 19th, 20th and 21st. The performance times for Rock On The Range have been announced. The Rolling Rock Comedy Tent line-up has also been announced. All participating bands/comedians set-times are included below.

Here are a few acts to put on your list to take a look at over your three-day Rock On The Range immersion:

Biffy Clyro: If this festival were in the UK, one of the headliners would be pushed back by Biffy Clyro, a UK hard rock act capable of drawing 30,000 die hard fans at any festival they attach their name to abroad. Get there early – Don’t miss Biffy Clyro at 3:15 pm on Sunday on the Monster Main Stage. They are truly a force to be reckoned with.

Gojira: Gojira at 5:45 pm on the Bud Light Stage Friday. This French four-piece have continuously surpassed themselves album by album. Their latest, Magma, is one of the finest modern metal albums. When they drop “Stranded” a few songs into their set, things are guaranteed to get real intense.

Performance times have been announced for the sold-out Rock On The Range, held May 19, 20 and 21 at MAPFRE Stadium in Columbus, OH. Rock legends Metallica, Soundgarden and Korn will each headline one night of America’s largest and most acclaimed rock festival, now in its 11th year. In addition, the full lineup has been announced for the Rolling Rock Comedy Tent, led by Jim Breuer, Nikki Glaser, and Tony Hinchcliffe.

Rock On The Range 2017 sold out in record time. Fans are excited about the festival, and so are the bands. Check out what these 12 bands have put forward:

“We’re really stoked about getting to Rock On The Range this year because the line-up is killer! We’ll be definitely catching Soundgarden, Biffy Clyro, Red Fang and Frank Carter & The Rattlesnakes. Pumped to be there!!”
Matt Bigland, Dinosaur Pile-Up

“We are excited to return to Columbus, Ohio for our second demonstration at Rock on the Range; and the ability to share our new album, VESSELS with a hometown crowd.”
Starset

“We couldn’t be more amped to play ROTR! We’ve been seeing their incredibly enormous line-ups for years. Now we get to be a part of it with legends like Metallica, Korn and so many other killer bands. It’s an amazing combination of all sorts of rock and metal and we’re stoked to go tear it up with everyone!”
Joe Cotela, DED

“We’re honored to have the opportunity to share the stage with so many great bands at Rock On The Range this year, and can’t wait to see Soundgarden headline Friday night.”
Riley Breckenridge, Thrice

“We are extremely excited to be playing Rock On the Range this year, the lineup is insane! Can’t wait to see some old friends, make new ones and get loud with everyone at the fest. It’s gonna get heavy!”
Kemble Walters, AEGES

“BAM!!! If there was ever a time to celebrate, this is it! We are stoked out of our minds to be playing Rock on the Range on our first ever tour of the USA! We can’t think of a better way to kick off this adventure, and we can’t wait to become best friends with ya’ll! See You there, here and everywhere!!!”
Peace, Love and Rock on the Range – Royal Republic

“Though it’s only about ten years old, Rock on the Range is fast becoming an important part of the American Rock and Roll story. We’re stoked to be a part of it this year because it’s festivals like this that are helping to keep rock alive in this country.”
Noodles, The Offspring

“We’re so proud and excited to come and join the great line-up of bands at Rock On The Range. Columbus has always been kind to us and we won’t let you down!”
Biffy Clyro

“We’re honored to play ROTR. Can’t wait until we look out from the stage and see a sea of rock fans.”
Goodbye June

“Playing Rock On The Range was a huge milestone for us when we did it the first time. It is the biggest US festival, so being invited back a third time is an incredible honor for us. Being billed along with such an incredible lineup is beyond belief.”
Pepe Clarke, KYNG

“I’m pumped up to be a part of Rock On The Range because it’s a festival where I’m going to get to watch some of my favourite bands. Even though I’ve been doing this for twenty years, I haven’t lost that magic; the child-like excitement that comes with watching a band play.”
John Cooper, Skillet

Performance times for Rock On The Range are as follows:

The SOLD OUT Rock On The Range Kick-Off Party will launch the weekend with an exclusive performance by Stone Sour, marking the band’s return to the live stage, on Thursday, May 18 at Express Live! in Columbus, OH.

Tickets for Rock On The Range sold out in record time, just over one month after going on sale – the fifth consecutive advance sellout for the festival. Select weekend tickets are still available via their partner, Stub Hub.

In addition to three stages of music and the Rolling Rock Comedy Tent, Rock On The Range features of a variety of Eat Local! and national food vendors at four separate food courts: the Plaza Zone, East Lot Food Village (including the Eat. Rock. Repeat. area offering comfort foods with gourmet ingredients and savory combinations), West Lot Food Village, and the VIP Lounge. Fans will also have access to artist signings, meet and greets, exclusive acoustic performances, and more at onsite experiences including the Monster Energy Experience, the Jack Daniel’s Experience, The Music Experience, FYE Fan Experience, Zippo Encore and others.