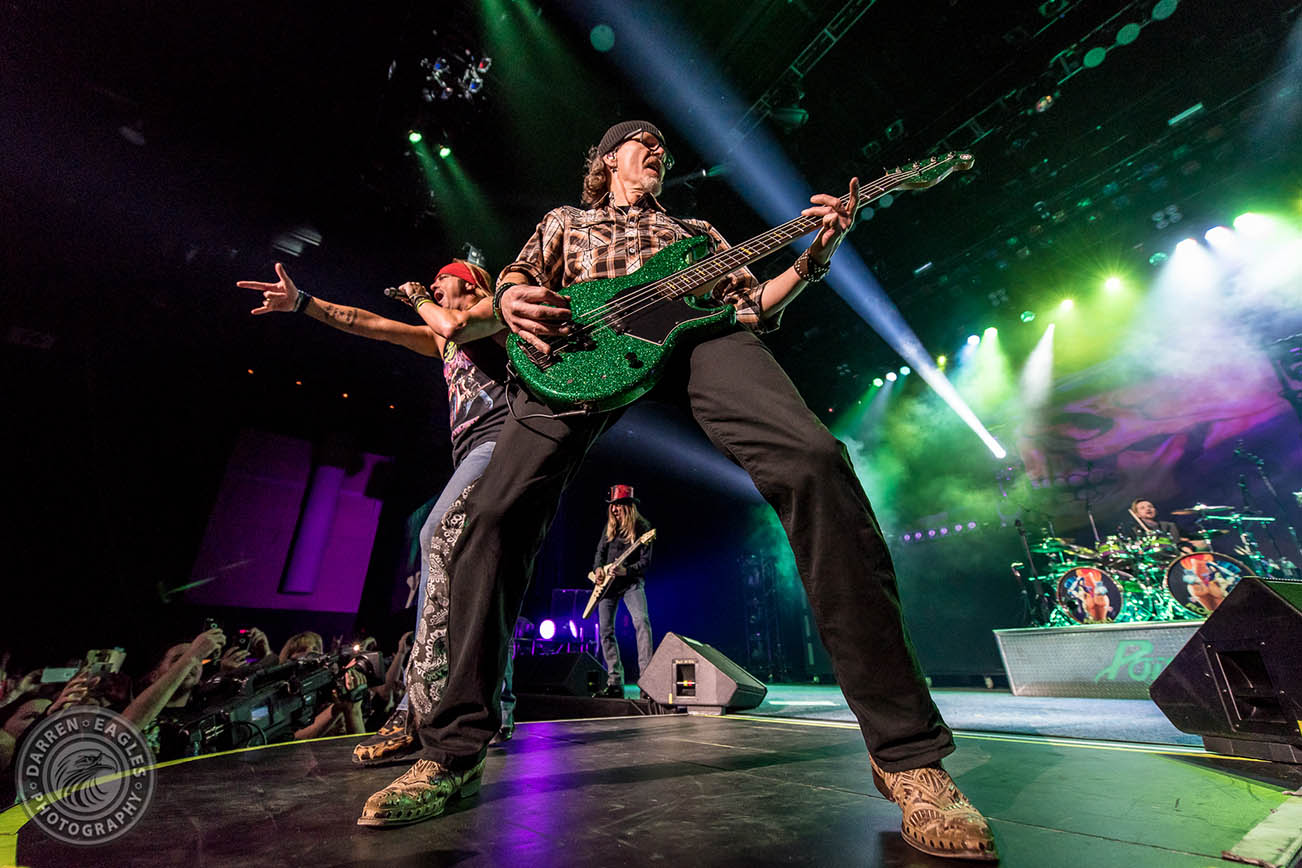 80’s glam rock pioneers Poison are in the midst of a 2017 reunion tour along with Tesla and Def Leppard. All four iconic bandmates took a break from the tour and made a solo stop at Casino Rama Entertainment Centre this past week. The sold-out crowd was treated to an energetic, classic Poison extravaganza, with the band working their biggest hits as if over 30 years of the business has had no ill effect on their rock god personas or their musical chops.

Opening with “Look What the Cat Dragged In”, the band never let up for the 70 min set. Frontman Bret Michaels worked the crowd with the passion that he has always had onstage, encouraging them to stand, sing and wave the modern version of lighters in the air with their phone flashlights. Poison has a consistent message of support for all the troops overseas and mentioned them regularly throughout the show, dedicating songs and shooting video to send to them for moral support.

Michaels, like most ageing vocalists, takes strategic rest breaks throughout the show, with allows the other guys to get in their rock ‘n roll solos. CC DeVille wearing his red and black leather tall hat worked a bit of Eddie Van Halen’s “Eruption” into his solo on his Flying V style axe. Rikki Rockett mashed out his thundering double bass rockage followed by Bobby Dall working in a classic theme from The Pink Panther into his time. The main set ended with megahits “Every Rose Has It’s Thorn” and “Nothin’ but a Good Time”.

The encore was a full-on cover of “Rock n Roll all Night” from KISS. The band looked to be having a great time onstage with much interaction together, not to mention they sounded great. So, maybe this reunion will be more permanent going forward…