On May 19th, heavy metal legends Metallica descended upon the hallowed grounds of Gillette Stadium–home of the best NFL franchise in the world (go Patriots!)–on the “Worldwired Tour”. Fans from all over New England and beyond converged upon the venue to tailgate ahead of the show–setting up tents in the parking lot, grilling, and blasting metal. The venue had just started to fill up when the opening band, Local H, took to the stage. Local H had won a battle of the bands to play on this date.

Next up were Danish rockers Volbeat. The catwalk from the stage was transformed into a boxing ring for their set, with three red ropes stretched around the sides and boxing gloves dangling from one of the corners of the “ring.” The venue had filled in a bit more as folks ceased tailgating to get to their seats or find a spot on the floor, and the crowd seemed eager to pitch in, singing along to several songs during their set, including “Sad Man’s Tongue,” “Dead but Rising,” and “Goodbye Forever,” which the group dedicated to Chris Cornell of Soundgarden.

After this great set, there was an hour-long stage changeover to set up the massive staging for Metallica. The wait would be well worth it–Metallica has pulled out all the stops on this tour, the production is unbelievable–featuring crazy pyrotechnics, fireworks, lasers, and more. Finally, around 8:45, the video screen on the backdrop lit up and the Hardwired intro played as the band took to the enormous stage and launched into “Hardwired” from their new record. This was followed by a performance of one of my favorite tracks from the new record, “Atlas, Rise!” and by the classic, fan-favorite “For Whom the Bell Tolls.”

One highlight of their performance was the drum solo during “Now That We’re Dead,” which led into all four band members joining in a Taiko drum medley. While Metallica is definitely getting older, they seem keen to show they’ve still got it–frontman James Hetfield and his cohorts sounded flawless throughout their set, which lasted more than two hours! Towards the end, the full band set up at the front of the catwalk, with Hetfield explaining that for this next song they would be returning to their garage band roots. From this spot on the stage, they launched into a personal favorite, “Seek & Destroy.” For the fans up front, this was as intimate a performance as one might get at a stadium venue, with Hetfield and guitarist Kirk Hammett leaning out over the audience mid-song. The crowd was treated to a three-song encore that culminated with a massive sing-along to “Enter Sandman,” which was ended with a barrage of fireworks.

Fans truly got their money’s worth with Metallica on this unforgettable night. If you want to catch the “Worldwired Tour” there are plenty of dates left (see below). Metallica is putting out custom shirts and posters for each date (I learned the hard way that these sell out fast!). On this night they had a Patriot’s football theme going, with a shirt that had a demonic looking Patriots’ mascot giving a middle finger with the words “Deflate This!!” 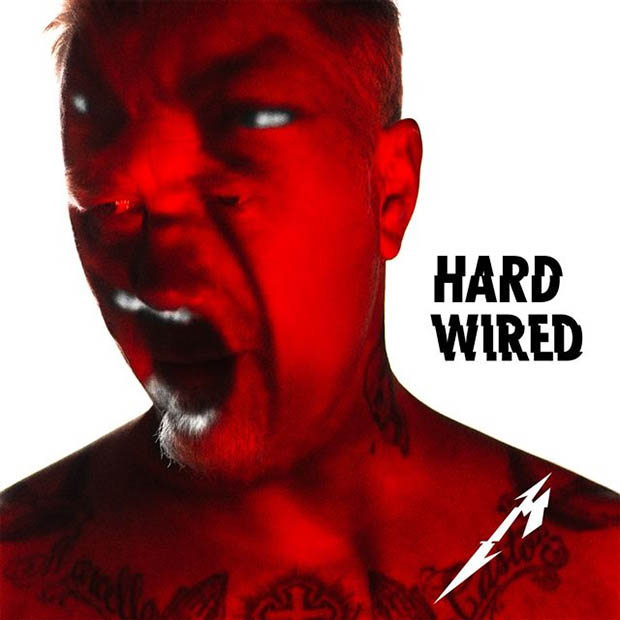