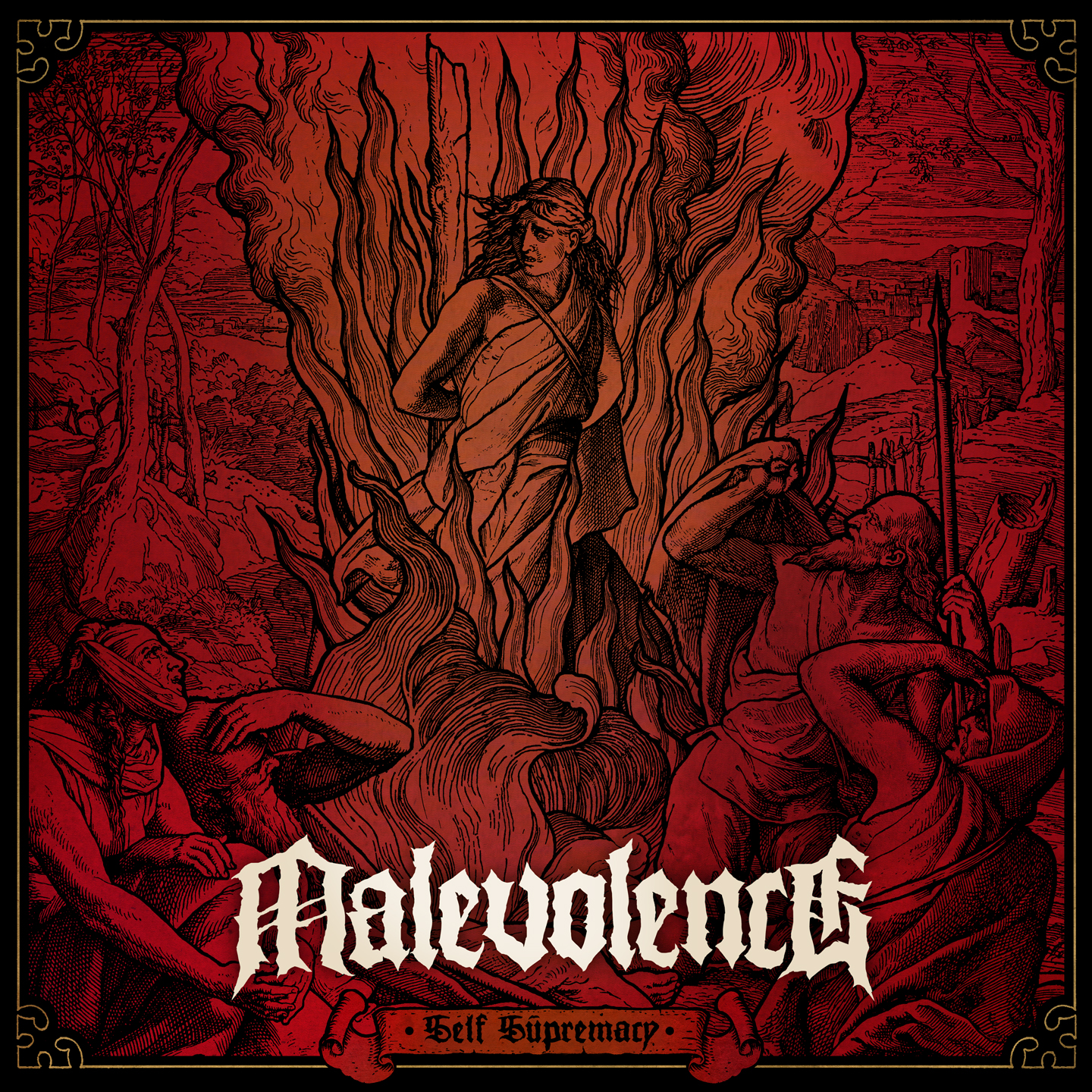 Malevolence burst onto the scene with their brutal debut Reign of Suffering back in 2013, but it’s taken four years for them to return to the scene. This was time well spent, however, as Self Supremacy is a vicious record. This is heavy, blistering stuff.

Despite hailing from Sheffield in the UK, you’d be forgiven if you thought Malevolence were from the US. The Southern style chunky riffs are brilliant. This is the kind of music you could play if you were after an angry drive or barbecue. The title track sets you up well for this 11-track onslaught of brutality. It’s aggressive, groove-laden riffs are awesome – a trend that is carried throughout. Malevolence is a band full of anger, and Self Supremacy tells you all about it. The wonderfully heavy music is just the start.

Alex Taylor’s vocals are just as violent as the music. The expletive-filled lyrics can get genuinely frightening in their aggression. Self Supremacy isn’t a friendly record in the slightest. It’s the kind of album that would sooner rip your head off than shake your hand. It never lets up the aggression found in the opening track (apart from the quieter, two minute “4AM On West Street”). Each song is a rampaging barrage of angry riffs, blistering double-bass, and spiteful lyrics. The only thing holding the record back in the slightest is the vocal delivery. The growls are fine but when this stops, the shouting “clean” vocals kick in which, unfortunately, don’t really work. The music slows and the tempo shift always feels uneasy and forced when coupled with the poor clean vocals. Basically, Self Supremacy is at its best when faster and angrier.

The odd bit of dodgy vocals aside, however, Self Supremacy is easy to recommend. Metal music helps you vent your anger, without acting on it. Self Supremacy acts as a perfect release if something’s been getting your goat. The grooves are filled with aggression, the lyrics are livid – Self Supremacy is about as brutal as it gets.

Check out the track “Wasted Breath”: