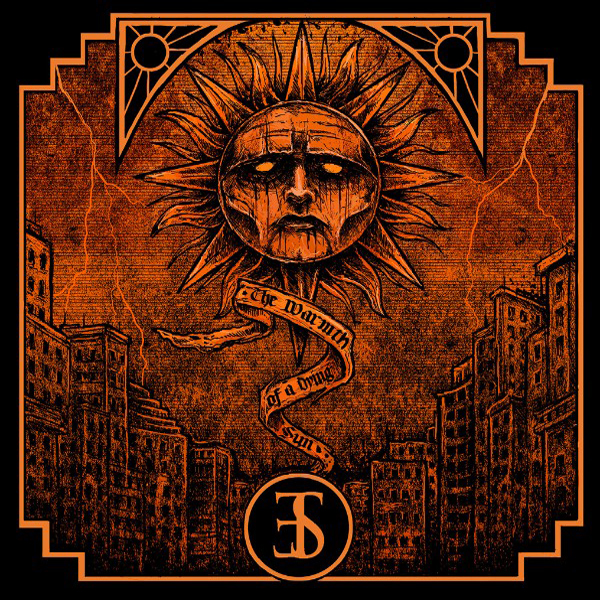 Employed To Serve – “The Warmth Of A Dying Sun” [Album Review]

This band has been destroying it since their cassette days on a steady but very steep upward curve. Its progressive reach and explorations within and outside of the hardcore framework is more exuberant than one may understand until they listen repeatedly. I think Employed To Serve’s energy touches close base with Code Orange, however, the difference being that perhaps this group is more fluid with transitions, and a wee bit more off-kilter. Bottom line: The Warmth Of A Dying Sun is some strange and crazy shizz people, and you’ll love it. It is “year-end list” heavy — well done Sammy & Co!

From the get-go of Warmth, “Void Ambition” seems to give you a good general sense of the band, but it’s “Good For Nothing” which shows the base that Employed To Serve has built off of. Vocalist Justine Jones sounds like she wants to eat you desperately, just fire-breathing. Crunch, demolition and power from that track as it fades to the next ripper “Platform 89,” with a stunning Killing Joke or Ministry touch to the punches, but brutal anyway you look at it. The flipside to the band’s textures is then shown in “Lethargy,” and come across as more like a blast from its Grindcore Karaoke days.

The scene in the U.K. has long been rife with amazing acts like Razoreater and Watchcries already, so hopefully Employed To Serve can push things finally to the degree where the mainstream gets the finger proper to what has been transpiring beneath its nose. These guys are gladly stepping up to definitely fill voids being left by Dillinger Escape Plan’s exit, Botch’s absence, and the long-mourned Cursed. After the grandiose textures of the title track to this majestic tornado of angst, you can see the future of hardcore for the next decade proper set by the likes of Employed To Serve; it makes one rub the hands in sheer delight of the prospect.

The Warmth Of A Dying Sun Track Listing:

Check out the track “I Spend My Days (Wishing Them Away)”