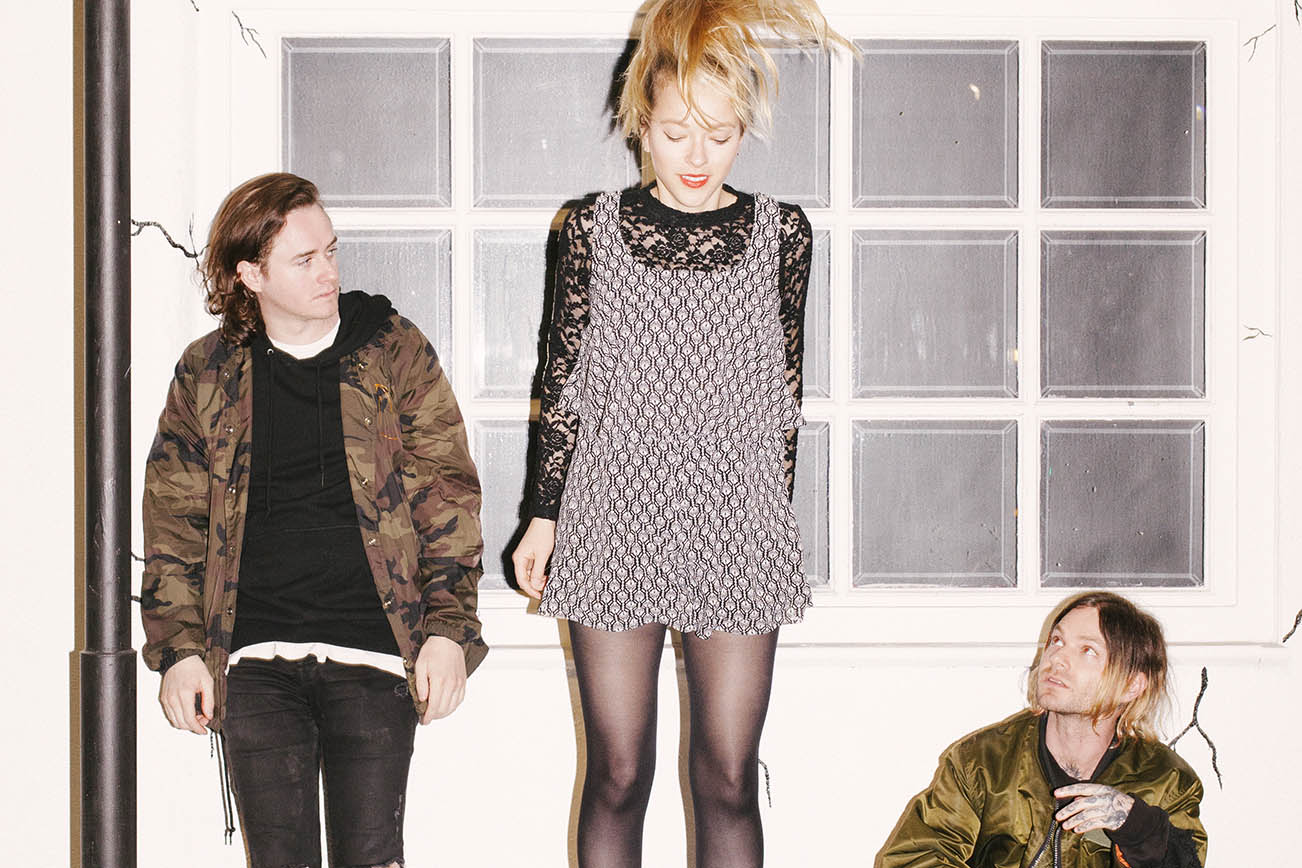 Webster Hall was transformed on the night of Thursday, May 4th. Emo Nite LA took over all 3 floors of the iconic New York City venue, decorated with black “sad as fuck” balloons, and filled with thousands of club goers donning thick black eyeliner and (now vintage) Fall Out Boy and The Used band tees circa 2004.

In the Grand Ballroom and Marlin Room revellers enjoyed DJ sets from such emo-era legends as Craig Owens (Chiodos), Will Pugh (Cartel), Ben Jorgensen (Armor for Sleep) and Matt Good (From First To Last). Some emo enthusiasts also performed. Most notably, rapper Machine Gun Kelly let out his inner sad boy, and was even joined on stage by his girlfriend Halsey.

While infamous musicians played compilations of their favorite emo-era tracks, The Studio in the basement of Webster Hall featured a different ambiance as live bands performed a mix of quintessential rock covers and original music. Bands included Captain Cuts, Ham On Everything, Oso Oso, pronoun, Exit and Juiceboxxx.

Before it was a national party tour, Emo Nite LA began with 3 friends: Barbara Szabo, T.J. Petracca and Morgan Freed. In 2014, the trio wanted to throw a small party at a local bar, set to their favorite nostalgic music. In doing so, they stumbled upon an enormous untapped market; Emo Nite quickly caught on and spread like wildfire, attracting top talent and hordes of former emo kids. As it turns out, a lot of people want to reminisce and dance to their favorite throwbacks.

The New York City party was no different, but it was unlike any other party that Webster had ever housed. It was a unique, intimate gathering that truly celebrated the music that we grew up with. Club goers were invited to dance on the stage next to their idols and everyone sang every word to just about every song. While we may not have listened to The All American Rejects’ “Swing, Swing”, Paramore’s “Misery Business”, or All Time Low’s “Dear Maria, Count Me In” in years and years, it was like no time had passed. Everyone sang along as if it were muscle memory, dancing and moshing as if we were still at Warped Tour 2007.

Towards the middle of the night, The Black Parade Marching Band paraded around the venue, playing My Chemical Romance’s essential emo anthem “The Black Parade”. Led by their very own Gerard Way, bleach blonde hair, skull makeup and all. It was a shared experience; the entire crowd watched and cheered in awe, collectively feeling all of the feels.

If you were one of the emo kids growing up, or still are, this celebration is not to be missed. Keep an eye out for Emo Nite LA – the national tour should be hitting a city near you soon.