In less than a month’s time, the hallowed grounds of Castle Donington race track will shake to the sound of thousands of rock fans from all over the world rocking out to over a hundred of the biggest and newest names in rock and metal. There really is something for everyone over the three days that Download takes over Castle Donington so we take a look at some of the bands you really should be checking out if you fancy venturing to the smaller stages.

Devilskin: You really should head over to the Dogtooth stage for this quartet if only to make their mammoth journey from the other side of the planet worth it. Should you fancy it then you’ll be treated to some eardrum battering alt-metal from the New Zealand outfit as, led by vocalist Jennie Skulander, the band crank up the volume on the Friday.

Love Zombies: Still on the Dogtooth Stage, London/LA punk rockers the Love Zombies will add a bit of glamour to proceedings with a glammed-up, retina-burning blast of sleazy rock n’ roll. We hadn’t heard of them before we saw them at Download a couple of years ago, we can’t get enough of them now. Trust us, you won’t want to miss this set.

Dead Label: Making the trek over from Dublin, these Irish bruisers will be promoting their crushing Throne Of Bones album so, if your neck muscles need loosening up or you need something to wake you up, then head over to the Dogtooth Stage on the Friday where this Irish three-piece will smash some life into you.

Blackwaters: If you’re having a shitty time at the moment, come over to the Dogtooth stage and check out Blackwaters who promise some indie-punk hellraising and the chance for you to sing their anthemic new single “Fuck Yeah” till your throat bleeds. It’s going to get messy.

Exodus: They’re one of the Bay Area’s most underated thrash bands so expect the veterans to do exactly what they’ve been doing for decades. Mosh pits and slam-dancing to a soundtrack of razorsharp, neck-snapping thrash metal. What could be better?

Venom Prison: You want brutal then we’d encourage you to check out this British death metal powerhouse who will be bludgeoning their way through tracks from their critically-acclaimed Animus album on the Dogtooth stage. Expect brutality the kind of which Download has never witnessed.

Basement: Hailing from Ipswich, these cult UK punk rockers bring a bit of class to the Avalanche stage as they perform tracks from their 2016 offering Promise Everything. Live shows by the band have been a bit scarce recently so make sure you check out the Ipswich quintet this weekend.

Blood Youth: Blasting out of the barely existent Harrogate heavy music scene, Blood Youth have been causing carnage wherever they perform and we expect their Download set to be no different. Performing tracks from their Beyond Repair album, if you want to lose your shit to some cathartic hardcore, you know where to be.

Greywind: Bringing the tempo down a little are Irish brother/sister pair Greywind. Inspired by the likes of Jimmy Eat World and Thrice, the pair have recently been out on the road supporting Moose Blood and while they may not be as heavy as a good percentage of the bands performing over the weekend, their set will contain just as much passion.

The One Hundred: While their Subculture EP caused more than a ripple when it dropped onto an unsuspecting UK metal scene, their live show nearly caused an earthquake. If you’re stood anywhere in the vicinity when these boys take to the stage don’t be surprised if the ground starts to rumble under your feet as The One Hundred bring the mosh to Download.

Astroid Boys: One of the appeals of the Download bill is in the diversity of the line-up. At any one time across multiple stages you could have a classic rock band or a death metal band or, in the case of the Astroid Boys, a bit of grime meets punk. With the grime scene rising in popularity, expect the Avalanche stage to be packed to these Cardiff boys spit out their fury.

Code Orange: Much has been made of Code Orange’s brutal, uncompromising live show and Download will get to witness it first hand as the American hardcore band crank up the brutality on the Avalanche Stage. If you’re of a weak disposition it may be sensible to give this one a wide berth however, if you like suffocating, violent hardcore, Code Orange will deliver precisely that.

The three day festival takes place on 9 – 11 June 2017 at the spiritual home of rock in Donington Park, Leicestershire. 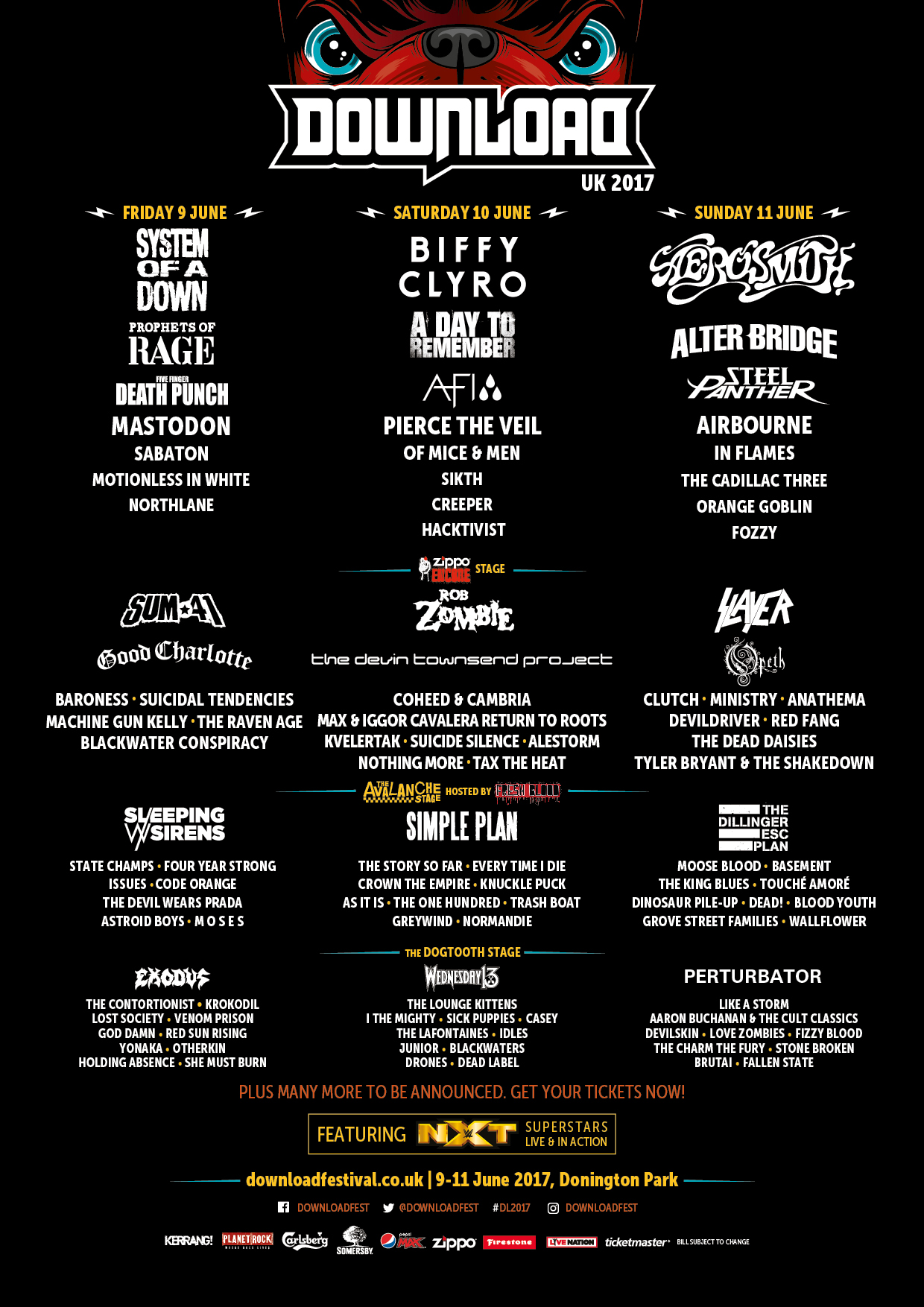 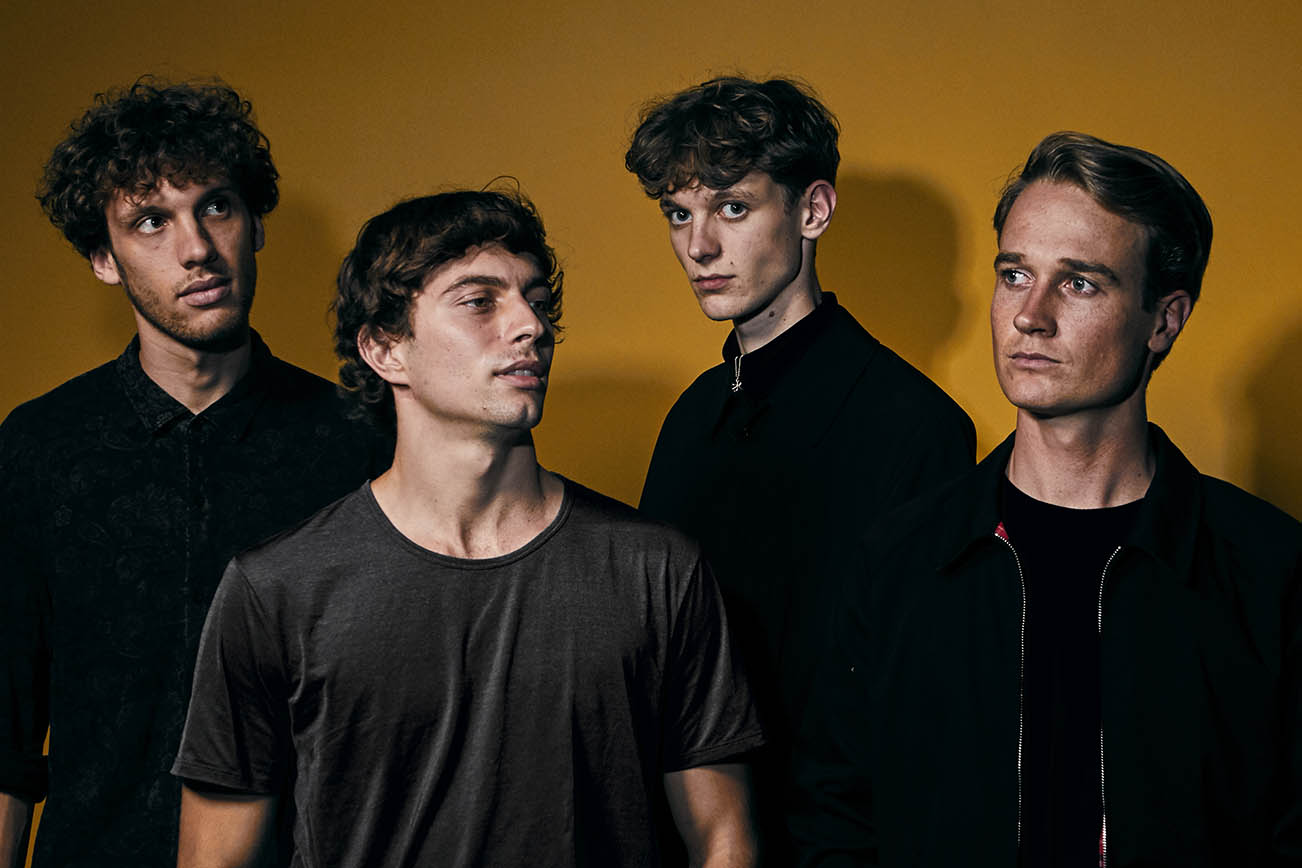 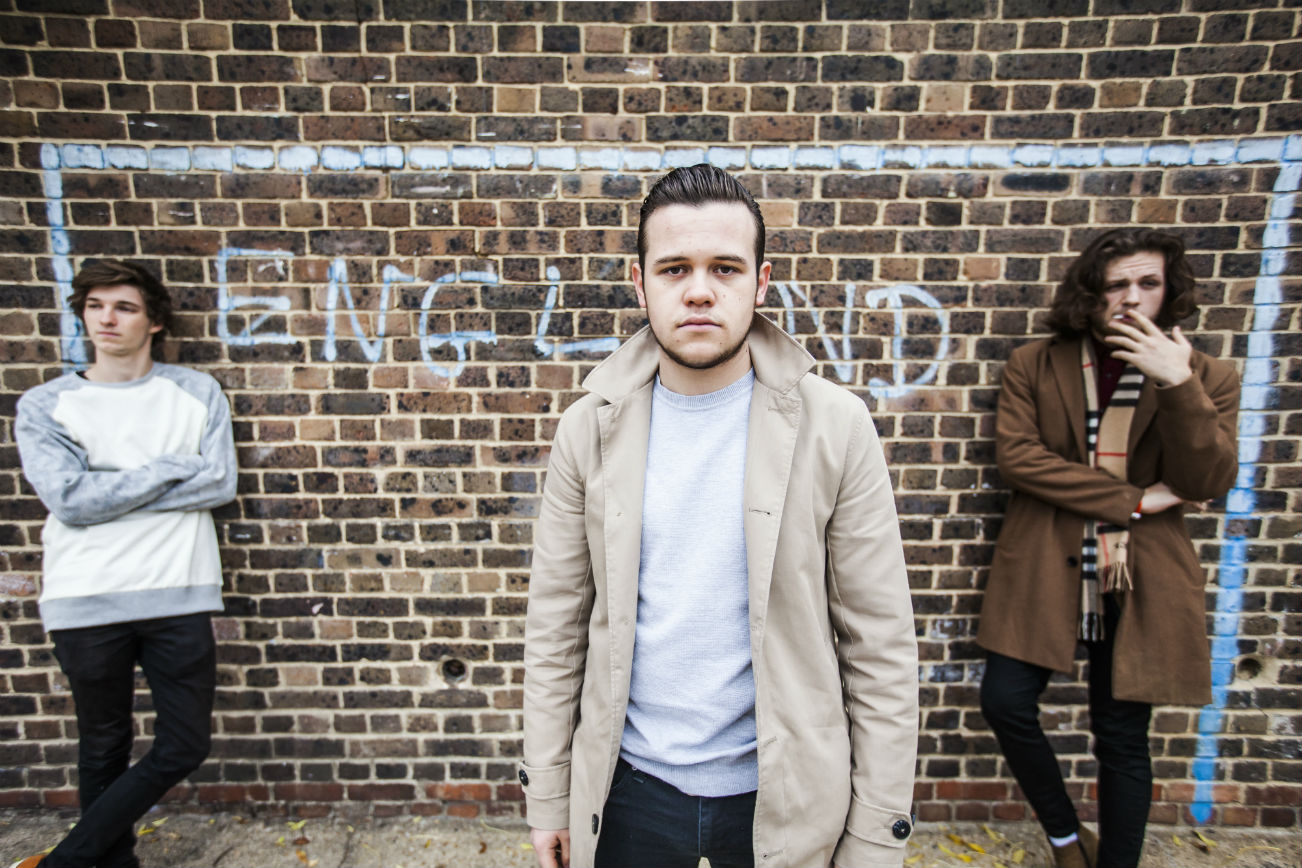