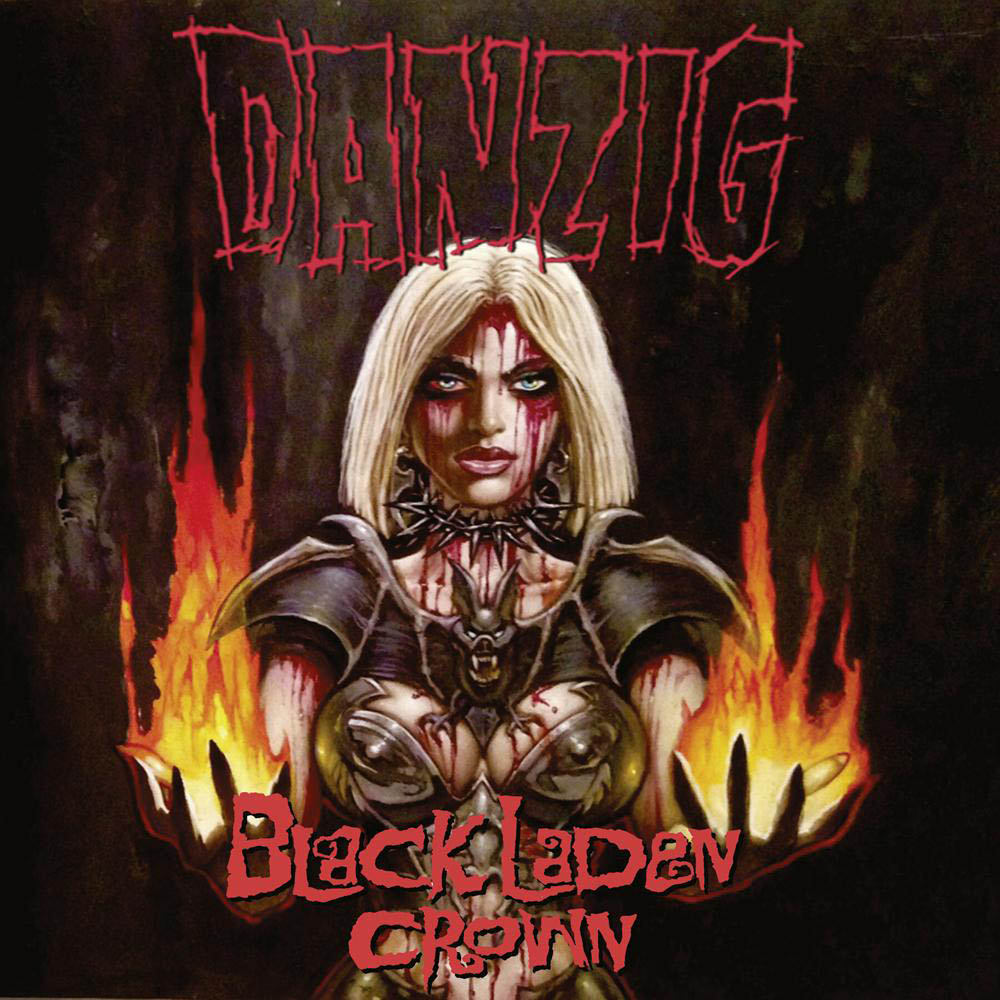 Returning with his first album of original material since 2010’s Deth Red Sabaoth, and following up his 2015 covers record Skeletons, Glenn Danzig delivers his tenth release Black Laden Crown. Unlike most of his nine previous albums, this offering relies more on mood and atmosphere than the raw and powerful material that solidified his position in the punk/rock/metal community. That is not to suggest that there’s anything experimental or outwardly obtuse in this collection of nine songs, rather that mid-tempo dirges and doom-driven meditations dominate this album more than his previous output. Resisting the want to compare this record with preceding releases, Black Laden Crown is an enigmatic and dense release that doesn’t immediately pull you in, but offers enough on the first spin for most listeners to return with a genuine curiosity.

The opening title track immediately sets the tone for the songs that follow. A slow burning, apocalyptic song that builds up momentum for the first four minutes before turning into an all-out rocker, it is a template the inimitable singer repeats on other cuts, like the bluesy “Last Ride” or the colossal “Blackness Falls.” The album’s lead single, “Devil on Hwy 9” is probably the most generic metal song he’s ever done. Aiming to be nothing more than a soundtrack for a nighttime drive down a desolate highway, it succeeds in its goal in spite of superficial lyrics and the obligatory imagery of darkness and devils. Other than this song, only “Skulls & Daisies” and “Eyes Ripping Fire,” exist as bonafide rockers, the former being one of the better arrangements and overall compositions on the album. It’s also worth pointing out that the album offers some of Tommy Victor’s best guitar work with Danzig. His leads and solos depend less on his trademark pinch-harmonics and seem more “outside-the-box” than his previous contributions.

Being an outside reviewer, not privy to the method behind his madness, there are elements of the record that could be called head-scratchers. The guitars sometimes sound like they were recorded in an empty warehouse, lacking the full and powerful tone that one most often identifies with the genre, or even the artist. On some tracks, the vocals sound like Danzig was singing into a styrofoam cup. Somewhat flat and sometimes sounding like first-takes, it’s an odd approach to the production considering his voice is the single most identifiable aspect of his songs and music. Nevertheless, his delivery on songs like “But A Nightmare,” “The Witching Hour,” and “Pull the Sun,” will dispel any notion that he’s become unfit for the young man’s game of rock n’ roll. Indeed, these tracks are quintessential Danzig and display all the elements that his hardcore following has come to love over his 40-year career.

The die-hard Danzig fans will find plenty of material here to satisfy their darkest desires, but only time will tell if it wins over any new fans. Doubtless, those who have tired on his dark image and occult-ish themes will probably not enjoy this release. But, Danzig has never catered to mainstream expectations or critical demands. He has remained true to his vision, for better or worse, and has always been one thing and one thing only: Glenn Fucking Danzig. Take it or leave it, but Black Laden Crown is a solid addition to his catalog.

Check out the song “Devil on Hwy 9”