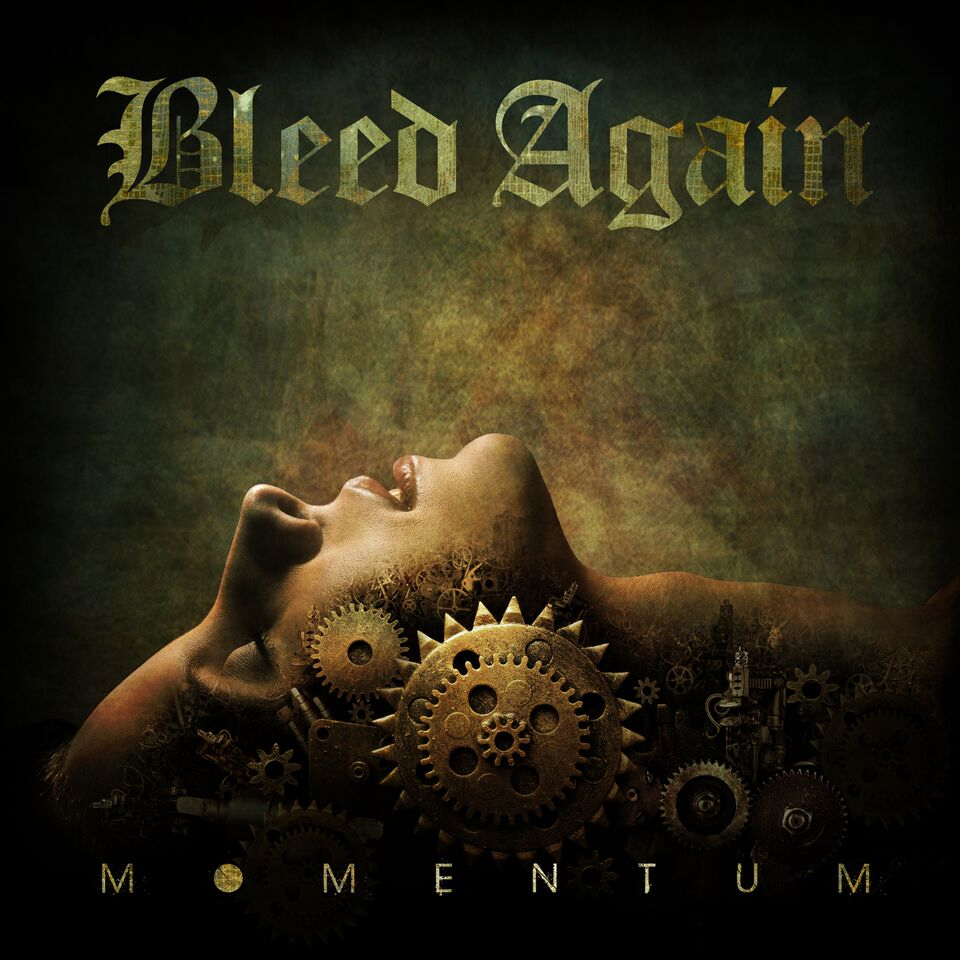 I really wanted to like Bleed Again’s debut record, Momentum, but , time and time again, I found myself frustrated by the album. It’s clear that the band takes its inspirations from the likes of metalcore greats such as Killswitch Engage and All That Remains, but, unlike these two bands, the mixture of aggressive vocals and clean singing just doesn’t work.

Momentum starts off well enough, with the heavy and rather good “Decimate”: a track that combines the best of Killswitch Engage and Lamb of God, but the rest of the record simply doesn’t live up to the brutality of its opener. Momentum can be great but I found the vocals proved the biggest sticking point. The vocals are both great and (unfortunately) awful. James Dawson’s screamed vocals are great and stand their own against the heavyweights of the metalcore scene but the clean singing just doesn’t fit with the heaviness and darker tones of the record. The riffs, breakdowns and overall tone of the record is quite dark and consistently heavy with grander moments accompanied with violin sections.

The record is consistently inconsistent. You’ll be enjoying the great riffs and general brutality of a track right up until the chorus kicks in where you’ll be presented with a radio-friendly voice that detracts rather than builds on the band’s dark sound. Too many times an otherwise solid track is ruined by poor singing, “Slavery”, “Heart of Darkness” and “Walk Through the Fire” are such examples. Maybe you’ll find the clean singing to your tastes but, personally, I couldn’t stand it unless it came with screamed vocals over the top as in “Drowning in Dreams”.

Bleed Again’s Momentum isn’t great, despite its heaviness, decent production and some excellent riffs. The contrast between the screamed vocal sections and the all-too-often cleanly sung choruses is huge and off-putting. Too many times Momentum is ruined by awful singing that is at extreme odds with the band’s heavy, dark sound. If they cut down on the singing in future releases though, there’s enough here to suggest that Bleed Again could be onto something.

Check out the track “Decimate”