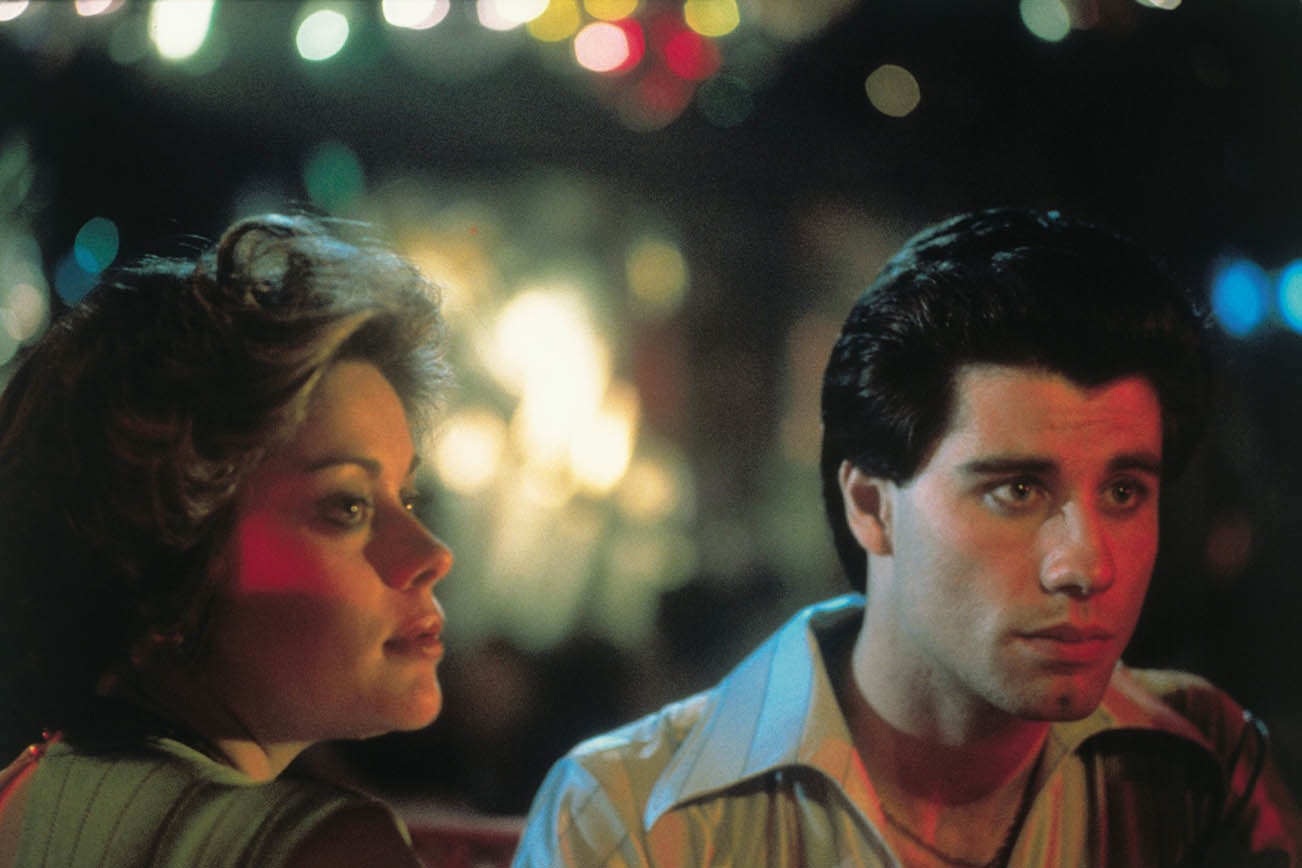 The film that both captured and defined a generation celebrates its 40th anniversary with the Director’s Cut of Saturday Night Fever arriving on Blu-ray and Digital HD for the first time on May 2, 2017 from Paramount Home Media Distribution. With John Travolta’s electrifying Oscar-nominated performance, the Bee Gees’ explosive soundtrack and, of course, the unforgettable dancing, Saturday Night Fever captured the angst and brio of the time and had an indelible impact on popular culture. 40 years later, the film about a Brooklyn kid with no prospects who lives for Saturday night continues to be revered and celebrated.

Saturday Night Fever features a legendary soundtrack, composed and performed primarily by the Bee Gees, featuring mega-hits including “Stayin’ Alive,” “Night Fever,” “How Deep Is Your Love,” “More Than A Woman” and “If I Can’t Have You.” The album has sold more than 40 million copies and was ranked number 132 on Rolling Stone’s list of the 500 greatest albums of all time in 2012.

The Saturday Night Fever Blu-ray includes both the Director’s Cut and theatrical version of the film, commentary by director John Badham, a five-part look at the film entitled “Catching the Fever,” deleted scenes, behind-the-scenes featurettes, a ‘70s Discopedia, and more.

Donna Pescow recently answered a few questions with PureGrainAudio about the film, shedding a bit of light on her experience making this movie that became a global sensation 40 years ago. 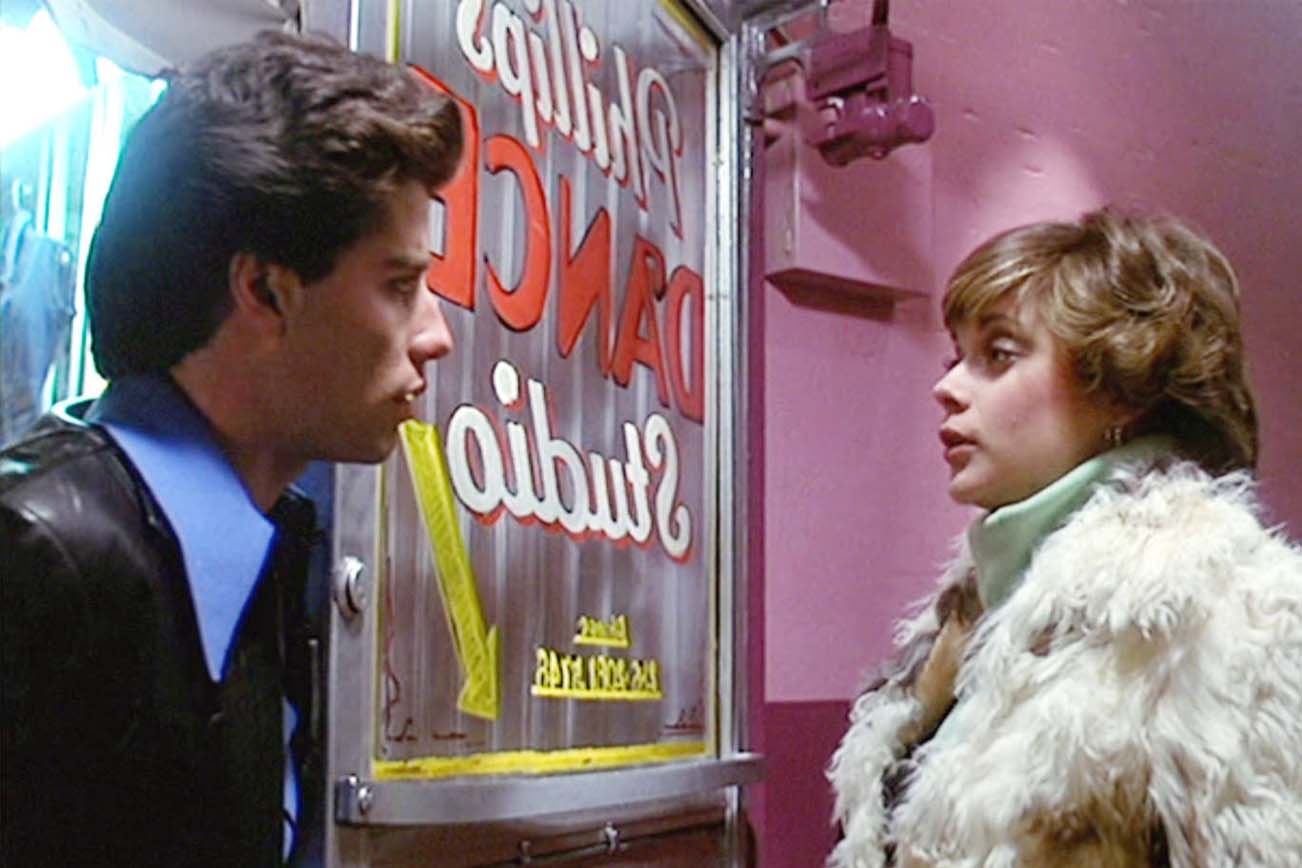 Are you still a New Yorker, Donna?
Pescow: I will always be a New Yorker. But I live in L.A. at the moment.

When was the last time that you watched Saturday Night Fever, Donna?
Pescow: You know, I actually watched it a couple of days ago. Knowing that these interviews were coming up, I wanted to see the new version that John Badham had put together. It was pretty fun to see it again.

What struck you most about that film when re-watching it? It must be hard to be subjective about something that you are in, and I apologise if this is the case, but I’m curious if anything stuck out in your mind while you re-watched it?
Pescow: You know, I have to say I was able to watch it more objectively now than ever because of how many years it’s been, obviously, since it’s release. I was really amazed by how it’s still very relevant. And that it still holds up as an extraordinary film and a comment on that era. I really think this movie is a great encapsulated version of what went on in the 1970s.

I was ten years old when that movie came out and I was not allowed to see it theatrically…
Pescow: Well then, I respect your parents. 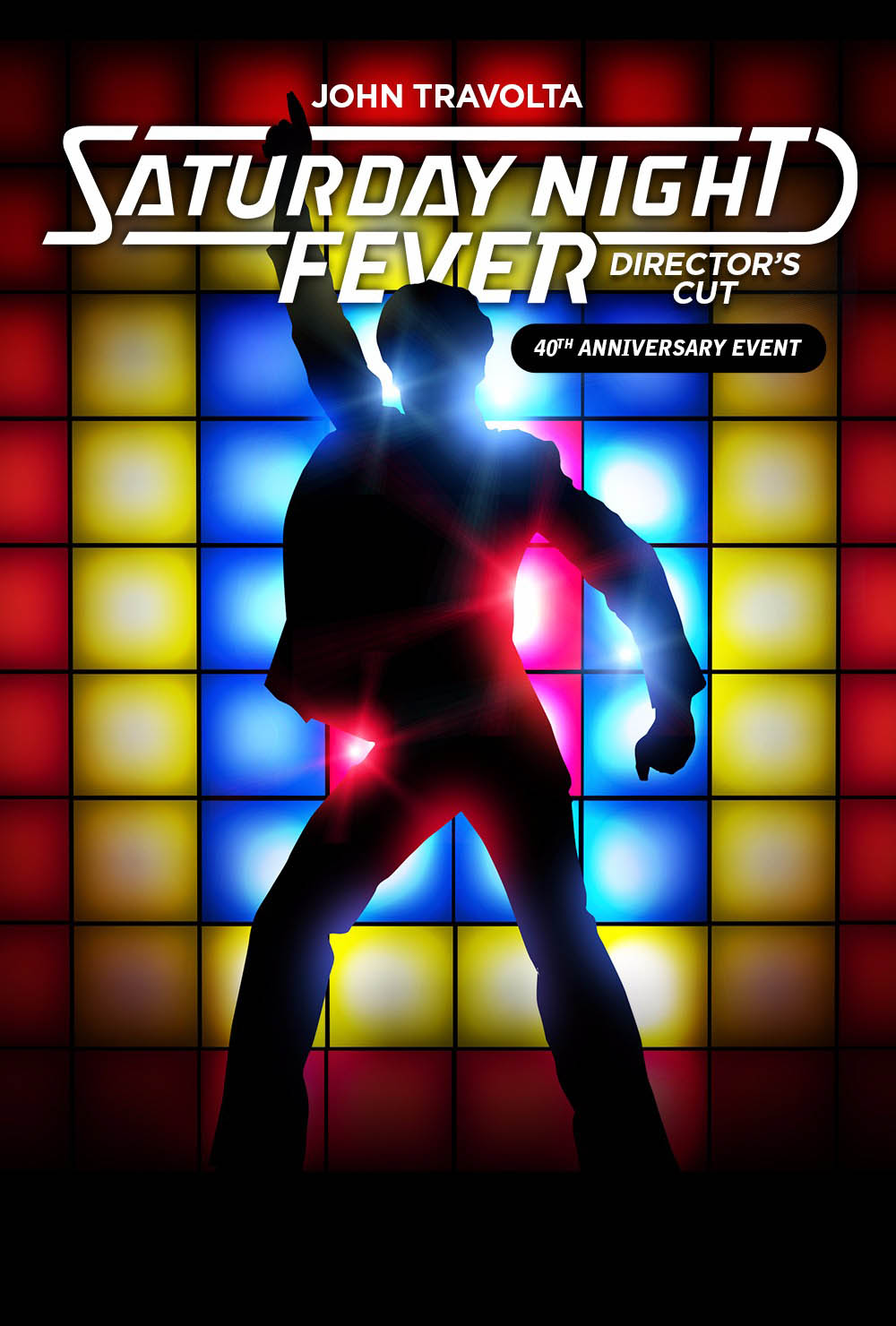 I think the first time I got to see Saturday Night Live, was the PG version that they cut after the film achieved some global success. I remember being allowed to see it. And I think my parents pulled a fast one on me with that. I got to see the PG cut, and I believe they knew it and they didn’t tell me.
Pescow: Ah, see? Again, I respect them. You know, when we made this film, we shot a couple of scenes two ways to accommodate the PG version. I think that John Badham knew that a lot of it would be mangled if he didn’t take care of it right there and then. If he left it up to some other hands to cut it down to PG, it would be out of hands. A lot of the scenes we did, we did two different ways.

Can you recall your first interaction or awareness around Saturday Night Fever? Was it something that was brought to you via an agent?
Pescow: Yes. I had an agent at the time who brought it to me. I had no idea this was a large role when I got the part. I went in several times to audition for it and I was just given what they call ‘sides’ which are just pieces from the script. A lot of it was improvised. They asked me what I’d do during certain scenes hypothetically. I thought it was a very small role. I couldn’t understand why they kept calling me back for such a small role. I kept thinking “decide, or not”, you know? I thought I maybe had five lines in the whole film. So I was shocked when I read the actual screenplay and found out that I had a pretty big role.

That’s very true. At its core, it’s a small cast. It could be easily done on stage as a play. For all I know, it already is.
Pescow: It could. Yes.

Did they really suggest that you might be too pretty for the part of Annette? Or is that just internet jibberish?
Pescow: I think it’s internet jibberish. It’s flattering jibberish. But I think where that came from is that they wanted my character to look more innocuous. More like everybody else in the neighbourhood. And they wanted Karen’s character to look more sophisticated. A little more put together and a little more of a Manhattan style. So I think that is likely where that came from. But hey, I’ll take it. If somebody wants to say that I was too pretty for the part, I’m good with that. (Laughs)

This sort of things happens when a movie gets big, right? All of this lore seems to materialize…
Pescow: Oh, I know. It’s just terrible.

It was just one of the things I dug up while re-watching the film myself and was putting some questions together.
Pescow: And you know, I am always happy when I hear these things because I like to be able to tell you where the truths are and where the rumour mill might have started.

When you first read the script, what was your opinion of the characters in this film? A lot of them are, maybe not flawed or damaged, but they are not particularly nice people. Tony and his crowd, they aren’t great examples of men, are they?
Pescow: No. No, they aren’t. But they were very true to people of that time. And I think it was sort of a piece of what was going on in that neighbourhood and that time of 1977, and the attitudes that people had about racism and women. It was a very “printed” society. This story was an article from New York Magazine originally. And the characters that were portrayed in the film version were based on the characters in that article who were very much in that mode. 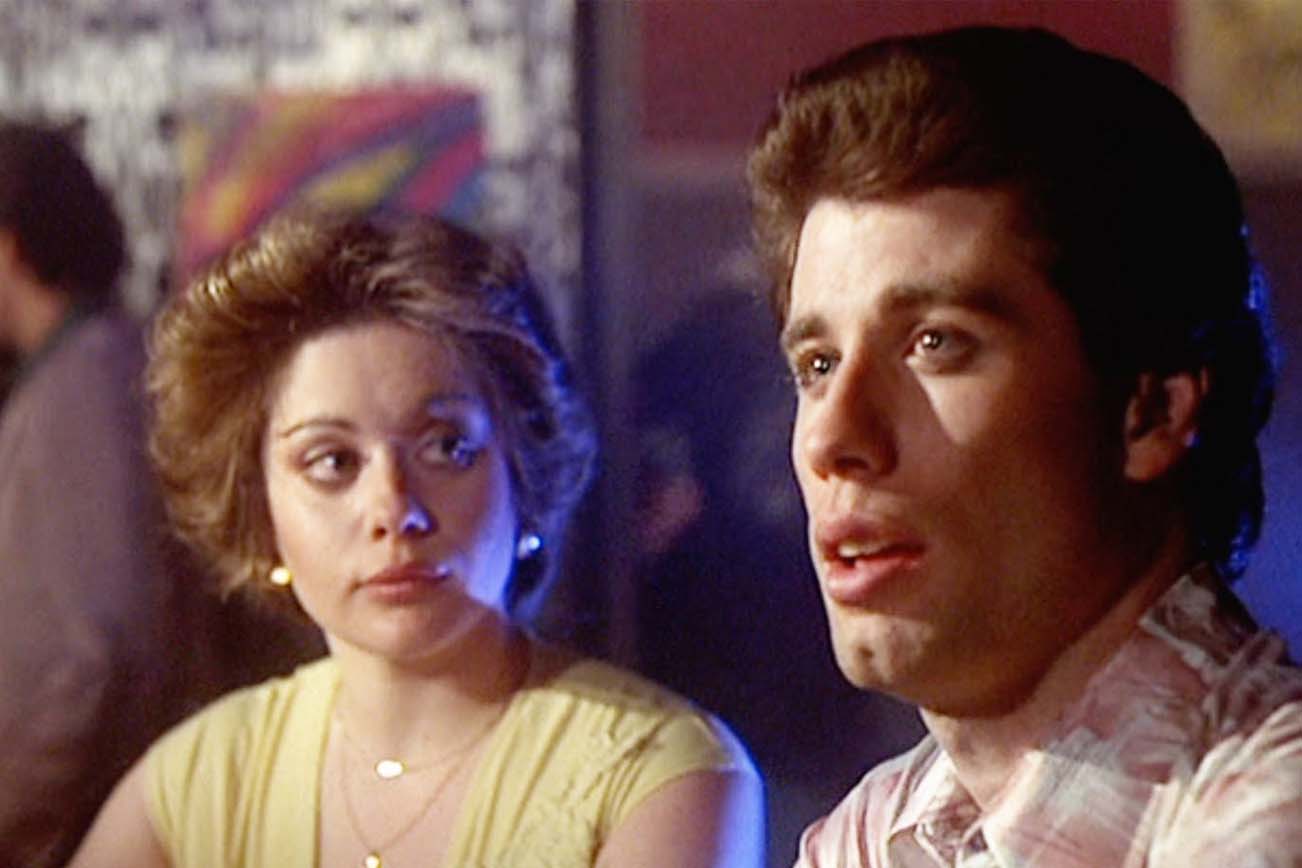 When I was watching Saturday Night Fever again, it struck me that this film was pre-MTV. The public at the time were starved for a melding of music and cinematography. In a lot of ways, I think that this film was a precursor to what happened on television three years later when MTV launched.
Pescow: That’s very insightful. I think you are absolutely right. I think it was one of the few times that there was a musical entity in a dramatic film, really. Usually, musical films were very happy- go-lucky storylines. They had happy endings and all of the ribbons were neatly tied up at the end. This film was very dark. But it had all of this great music and this great dancing in it. It was really unique at the time.

Women all over the world have often fantasized about dancing with John Travolta, and you have actually done that. What are your memories of some of those numbers and rehearsals that you did with him?
Pescow: He’s such a gift, you know? He is just one of these really extraordinary people. Working with John was just an absolute pleasure because he’s a lovely person. He’s very generous, and he wants you to be as happy and look as good as you possibly can with either an acting scene or a dance move. So it was always great fun. And I have to tell you about a year ago, we were at a wedding and he said “come on, let’s dance,” and he asked if I remembered the steps and I thought “Are you kidding? This is fourty years later.” I can’t even walk in the same shoes that I wore then. But that is just who he is. He’s fun and he enjoys everything that he has achieved in his career, and deservedly so. It was so great to be able to dance with him and I can understand women wanting to dance with him because he IS that terrific a dancer.

I really liked how New York City was so prominent in this film. watching it as a 50-year-old and having been there a number of times now, it felt like New York needed to almost be included as a part of the cast in the film credits.
Pescow: I think the authenticity of that – the city was almost another character in the movie, yes. You wouldn’t have had the same film if it was in the studio. I think that the grittiness of that reality was essential to the film.