Legendary Detroit band Death has released their single “Cease Fire,” a song that appeared on a vinyl 45 along with the song “You Are What You Think.” Both songs along with two others will be on an EP coming this fall.

The band commented on the inspiration behind the song, “Cease Fire’ is a continuation of the social conscious voice that rock n’ roll music states to all people. If John Lennon were alive in this world today, we are sure he would echo the same sentiments, because we have to first put the guns down and stop the senseless shooting so we can ‘Give Peace A Chance.” Death will be celebrating their 45th year together next year. 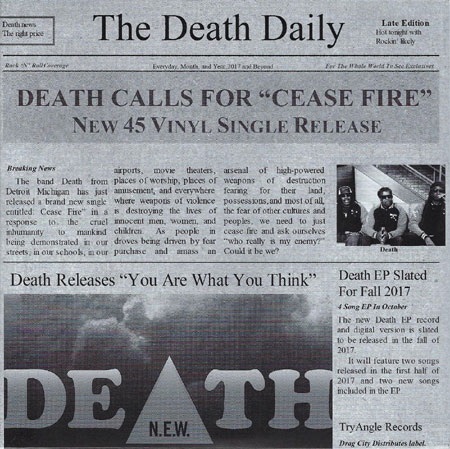