In the latest interview for our And Justice For Art series, “UnCovered”, we talk to Sean Wouters and Nico Espinosa from garage rockers Deaf Poets about Lost In Magic City and what inspired the artwork for an album they describe as their “darkest and heaviest” to date.

What was the inspiration for the album’s cover artwork?
Nico: The idea started from the title and theme of the record. Lost In Magic City is definitely our darkest and heaviest album yet, so we wanted that to be conveyed on the artwork. The word “Lost” was the main inspiration for the concept of us falling and flying through a void.

Your new album cover is crazy-cool. Tell us about the artist and how you found him/her?
Sean: Nico and I have known Camilo Medina for many years. Camilo has always been a talented artist, we’ve actually commissioned him a few times previous to our album cover. Aside from him being an amazing artist, he’s also an incredible musician whose band is called Divino Niño and they’re based in Chicago. We’ve occasionally jammed and performed together in Miami. 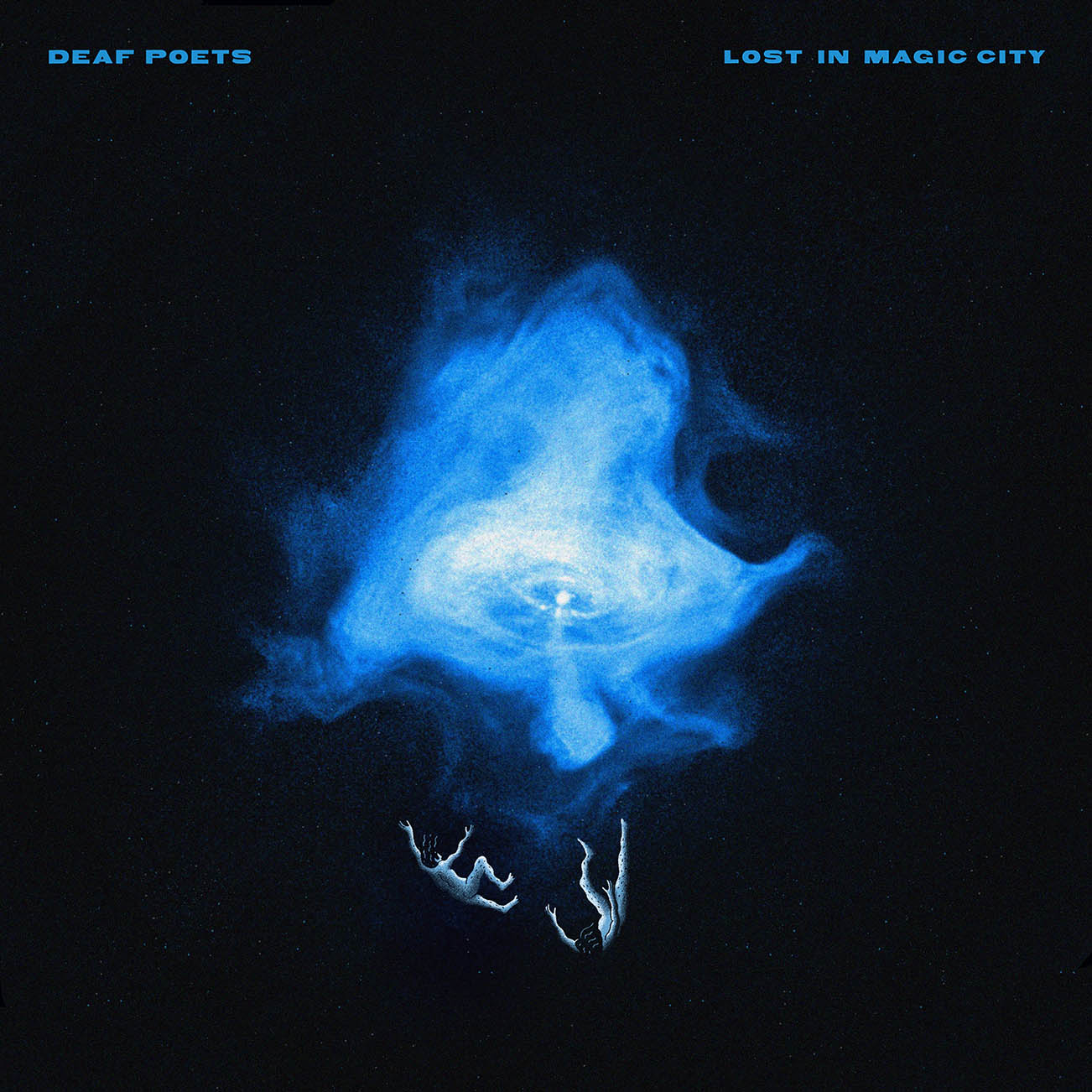 What were the partnership’s dynamics like? For example, was a specific look given, or did the artist have full free range?
Sean: We gave Camilo an idea of what we wanted and left it to his interpretation. We sent over a few art pieces we liked, some being his own work and images we found online. We also used other records as preferences, one being Nirvana’s Nevermind.

Did the artist who did the cover art hear the album before hand? Or, what kind of input did you give him/her?
Sean: Yes, prior to building a direction for the cover we gave him our album to listen to. We chose him as the artist because we knew he’d put his heart and soul into the final product. The album cover is definitely inspired by the dark picture we tried to paint.

Have you ever purchased an album solely because of its album artwork? If yes, did the music live up to the artwork?
Nico: I bought Jackson 5’s Victory album solely for the album cover. Never seen it before and it really caught my eye. It was a great find. I prefer their earlier work but the artwork definitely lived up to the music.

When people look at the album cover artwork, what do you want them to see/think?
Sean: We’d like the viewer to interpret that on their own. It’s pretty entertaining to hear people’s first reaction to the cover. Usually, it goes along with the words “floaty” and “dark” which is exactly what we were going for.

Check out the track “Celestine”