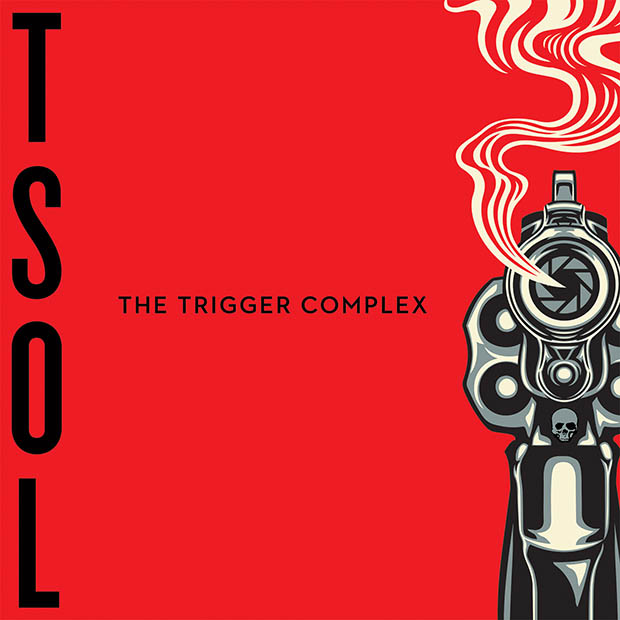 T.S.O.L. is a band which, in my opinion, doesn’t get nearly enough credit or praise for how influential they have been. Celebrating almost 40 years together, this California-based group has been kicking ass since the first days of the Californian hardcore punk scene. Their new album, The Trigger Complex, is a welcome return to the things fans truly love about them while simultaneously drawing influence from new areas, but still maintaining their classic punk and goth aesthetic.

Jack Grisham’s bubblegum goth punk anthems are infectious, loaded with dark lyrics and an operatic delivery. This album features a lot of piano which really added a nice layer of maturity to the album throughout. There’s a huge undertone of new wave on this record and, while it is in no way a hardcore punk release, I assume they’re just trying to showcase their range as songwriters, which they do very well.

Musically, this album rocks and I can’t wait until the weather is nicer so as to blast it on the highway with windows down. It has a huge summer vibe, with some seriously-crafted backup vocals and harmonies. It makes me want to go to California. Sure, it’s not Dance With Me or Beneath The Shadows, but it is a totally cool release and well worth a spin.