Toronto’s rising post-punkers Casper Skulls have shared a stream of their single “Nighthawks” ahead of their upcoming spring 2017 North American tour and SXSW performances.

The band’s Neil Bednis commented in an interview with CLRVYNT, “‘Nighthawks’ was one of the first songs we worked on as a band. We recorded it a year-and-a-half ago at the same time we recorded the song ‘Mink Coats’ with Taylor Barrow. It’s about a period I went through feeling stuck in a pattern of ‘nightlife’ monotony. At the time I felt so unfulfilled and I wanted things to change for myself, but what I’ve come to realize is that no matter where I run that feeling of boredom doesn’t go away unless I keep moving forward and keep growing.”

“Nighthawks” follows the group’s debut EP, Lips & Skull, out now via Buzz Records. The album was produced by Josh Korody (Fucked Up, Dilly Dally) and Shehzaad Jiwani of Greys and will be followed by a full-length later this year. 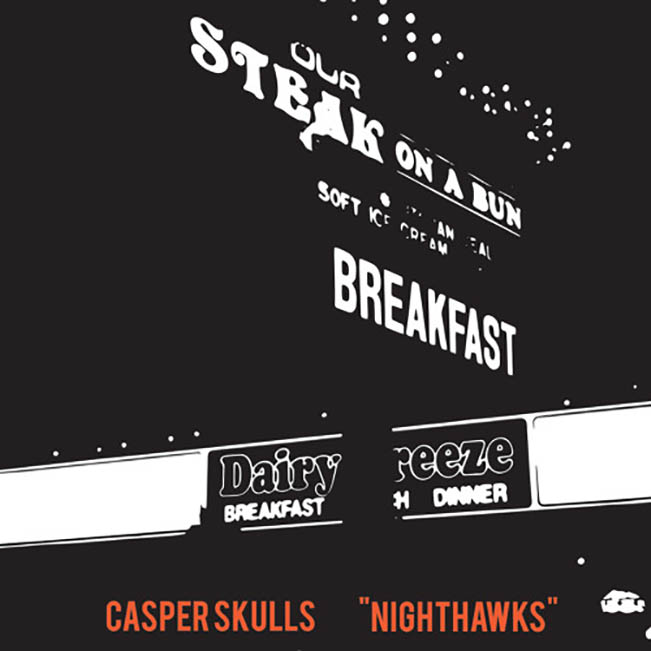