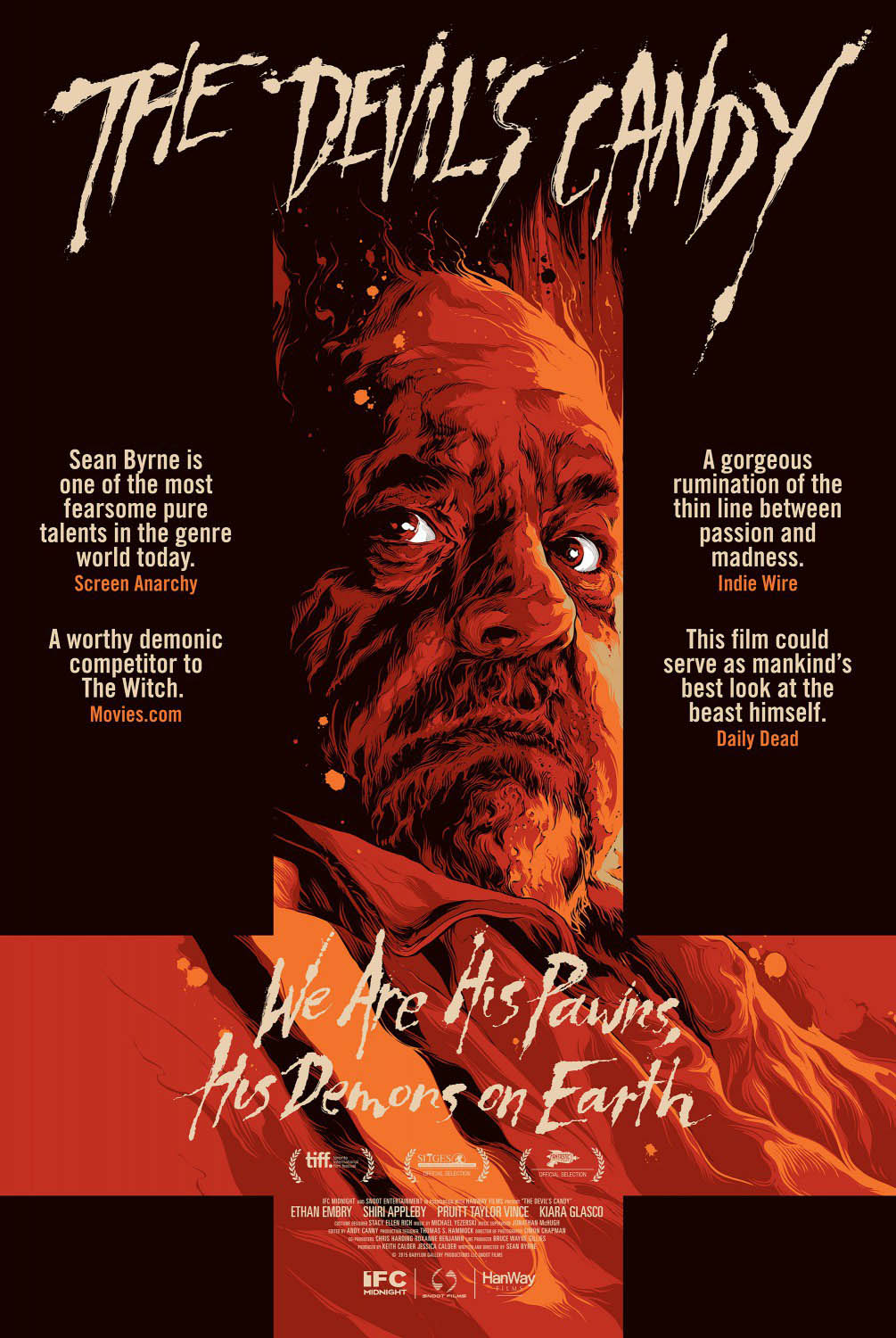 As a fan of horror movies, especially the genre’s older films with actual plots, not just blood, boobs and gore, I was more than excited to sit back and view The Devil’s Candy. This is a film about a struggling painter and his family who move to a secluded farmhouse where he will have more space for a workshop. Unbeknownst to them all, the property has a long sordid history that begins to affect the family patriarch, Jesse, shortly after their arrival.

Without giving too much away, evil forces come into play causing numerous problems that culminate in an edge-of-your-seat, just like the old days, type of ending. The film is set to a heavy metal theme; from the concert shirts and posters to an all-out metal soundtrack, in essence blending two of my favorite things together, horror and metal.

If you are looking for blood and guts, this is not going to be for you. While there are some bloody scenes and inferences, this horror movie has a storyline that makes sense and is easy to follow. The acting is surprisingly good too, especially for a horror movie. I was unfamiliar with any of the actors but I can say that did a great job of selling the viewer on the story.

At the end of the day, The Devil’s Candy was right up my alley and what I like to think of as an intelligent horror film. Lots of scary themes and even a few frights backed up by a solid premise and good acting. Check this one out, it is worth the view.

Check out a The Devil’s Candy official movie trailer