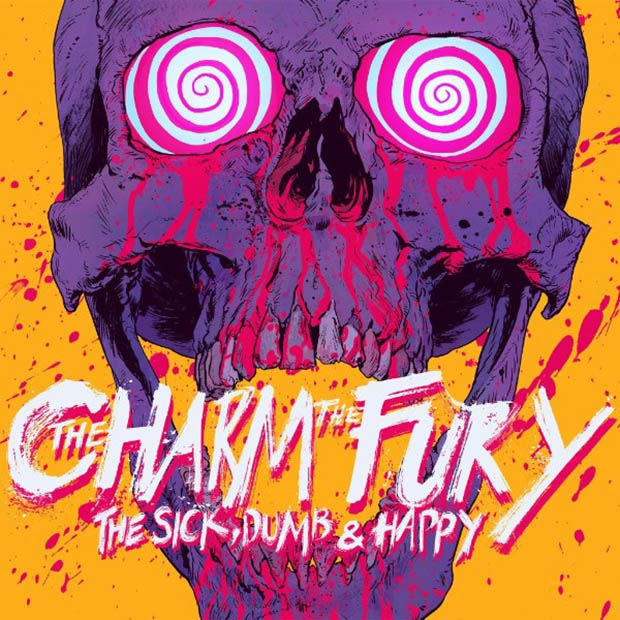 The Charm The Fury – “The Sick, Dumb & Happy” [Album Review]

Dutch band The Charm The Fury have gone under something of a transformation in the past eighteen months. Swinging out of Holland’s hardcore scene, the band grabbed the attention of the European metal scene with the Architects-inspired Shadow Of My Former Self, notably impressive festival appearances and, in vocalist Caroline Westendorp, someone who commands your full attention. However, over the last eighteen months, the group have changed the bulk of their personnel and their label home before making their return at the tail end of January with new single “Down On The Ropes”.

Showcasing a grittier sound, The Sick, Dumb & Happy sits somewhere in the middle ground of what a band would sound like if they took the grinding sound favoured by hardcore favourites Vision Of Disorder in recent years and shredded in a good splash of Arch Enemy-style rage. The Charm The Fury (c. 2017) sit somewhere slap bang in the middle of that with a sound that is full of massive grooves and plenty of grinding guitars (see new single “Echoes”) while comfortably switching it up to a style, as demonstrated on “No End In Sight”, where the band and, in particular, Westendorp, go straight for the jugular. Elsewhere, following a thunderous “The Future Needs Us Not”, the ferocious pace comes grinding to a halt with the emotional “Silent War”.

Whereas Shadow Of My Former Self sat very much in emotionally-charged waters occupied by bands like Architects, The Sick, Dumb & Happy is definitely very much a more metallic affair. Westendorp in particular sounds at home comfortably demonstrating the effortless ability to mix cleaner, grittier vocals with the kind of throat-shredding ferocity that seamlessly blends in with the direction these Dutch bruisers are heading in with their new sound.

Check out the track “Echoes”