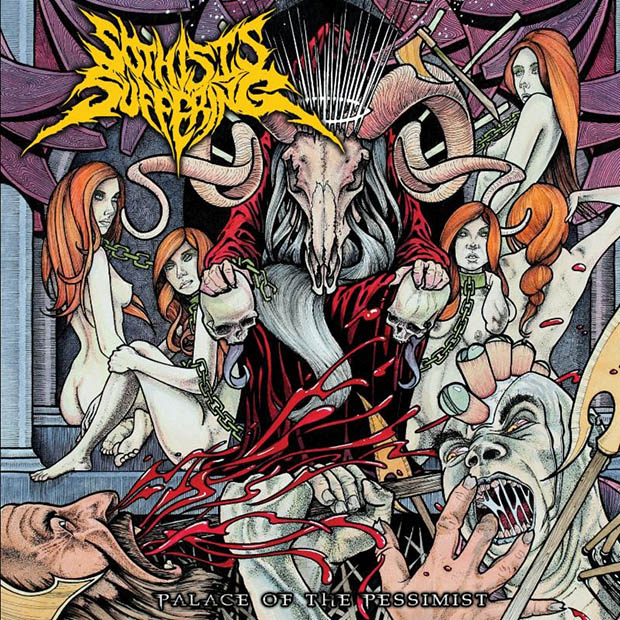 So This Is Suffering – “Palace Of The Pessemist” [Album Review]

It doesn’t take more than a couple of tracks before it becomes obvious that Palace Of The Pessemist has absolutely nothing on it that makes it stand out from the rest of the oversaturated deathcore scene. The latest offering from the Los Angeles outfit is basically everything you either love or hate about the deathcore genre.

Don’t get me wrong, Palace Of The Pessemist is a very solid example of how the genre should sound but, at the same time, there are literally thousands of other bands churning this stuff out. It’s technically sound, musically tracks like “Lecherous” and “Surveil” are delivered with blunt force brutality and in frontman Rudy Flores, the Los Angeles quartet have themselves a vocalist who can comfortably spew his way through this album.

Honestly, in this day and age, being able to comfortably spit out something that sounds like the rest of the genre just simply isn’t enough and, while it doesn’t take more than a couple of tracks before you get to grips with what Palace Of The Pessemist is going to offer, by the same token it doesn’t take long for your attention to wander.

On the flipside of the coin, if you’re a fan of guttural vocals, sludgy death metal and chuggy breakdowns, Palace Of The Pessemist will tick all of those boxes because it has all three in abundance. Whether or not even hardened deathcore obsessives will find enough contained within the grooves of this album to keep them occupied only time will tell.

Palace Of The Pessemist Track Listing:

Check out the track “Columbine”