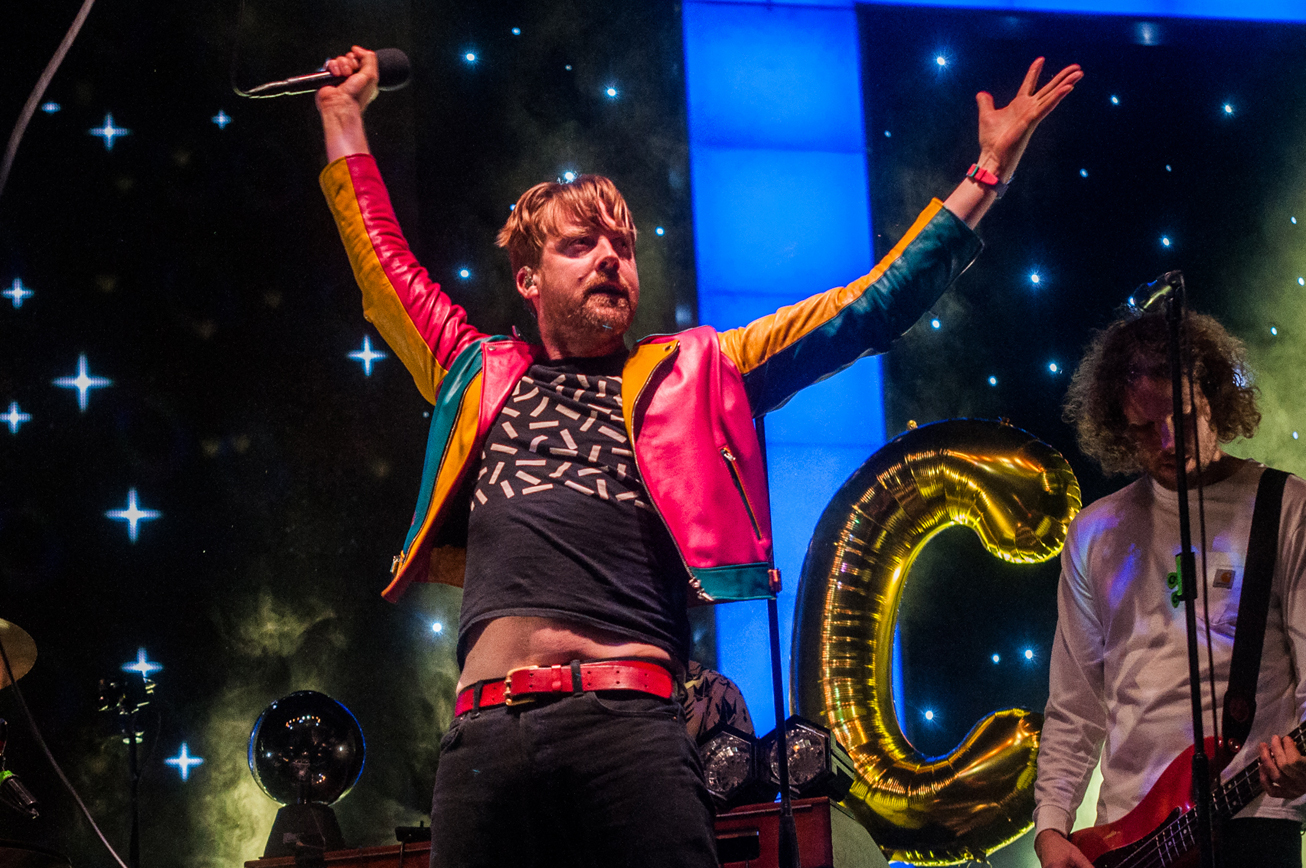 Having worked their way around the country playing seven arena shows ahead of this one, Ricky Wilson and his bandmates, aka the Kaiser Chiefs, wound up their current UK arena tour by bringing themselves home to Leeds to sign off with a party at the First Direct Arena in front of a packed house of family and friends.

Supporting 2016’s Stay Together, the band and especially Wilson were clearly in the mood for a party wheeling out a set mixed up with new tracks and, as expected, all the hits. Wilson in particular threw himself into proceedings as he raced around the stage leaping off monitors and generally working himself into a right old sweat. With a set littered with classics like “Ruby” and “Everybody Loves You Less And Less”, the audience lapped up every minute of the final date on this run.

While the slower pace of tracks like opener “We Stay Together” tempered the performance, Wilson and his bandmates made sure that the likes of “I Predict A Riot” and “Oh My God” brought the curtain down on this run in gloriously rowdy fashion.