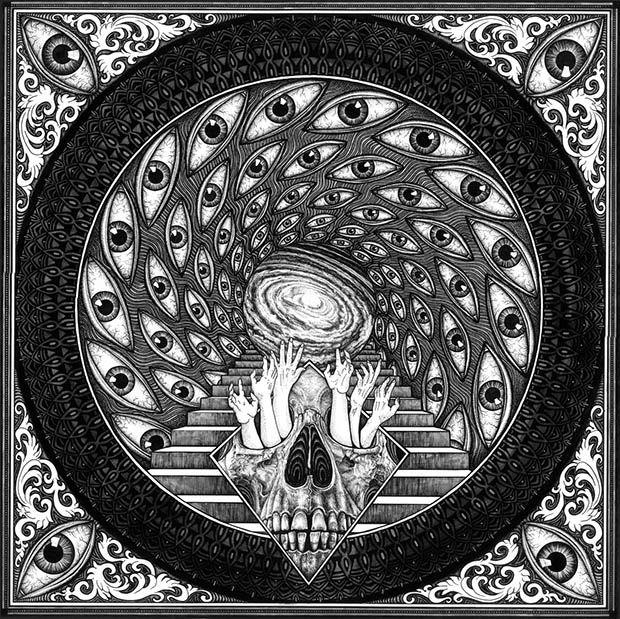 Thought I’d try making a poor attempt to explain the band’s style. The Oslo gents sound akin to channeling Mastodon (and even more obscure, Deadhorse) with hardcore and crossover sensibilities, that swirl with touches of doom, classic British heavy metal, and black metal. Sounds like something that should be a totally confusing package, but ends up making perfect sense and melody. Passing through Brad Boatright’s (of Audioseige fame) fingers gives this all a very magic sheen.

If anything gives the Mastodon-ish swagger, it’s songs like “Feeble Souls” and “Euthanasia”. The band has a great outpouring of energy, not unlike High On Fire, Kylesa (who helped the band with their debut), and even The Refused of old, but more balls by far though of course). The band does carry a lot of progressiveness that seems it’s own creation like in “Serpents” and “I Am Death” – especially in “I Am Death” with a hefty blackened build to a droning doomy end. Lots of good heavy riff-candy to absorb on this release. There’s a mix of styles that seem to just easily fit to serve the band and not the other way around.

This album goes to show what happens when a band naturally comes together and finds its own style amid the modern metal gumbo. We should know by now that when acts from Norway wish to spring forth and dominate, it’ll happen. Additionally, unlike the previous album Harvest Earth where the songwriting primarily fell to vocalist Ole Urke Wik, things now have way more of a collaborative feel. Adorned with a fantastic cover to boot from Andrew Sloan, when this goes physical, this is one worthy debut worth your money this year. One can only hope for a caliber of musicianship of this high a standard from many more bands coming out now. For Jagged Vision, the sky is the limit as far as whatever direction they wish to go now.

Death Is This World Track Listing:

Check out the track “Betrayer”