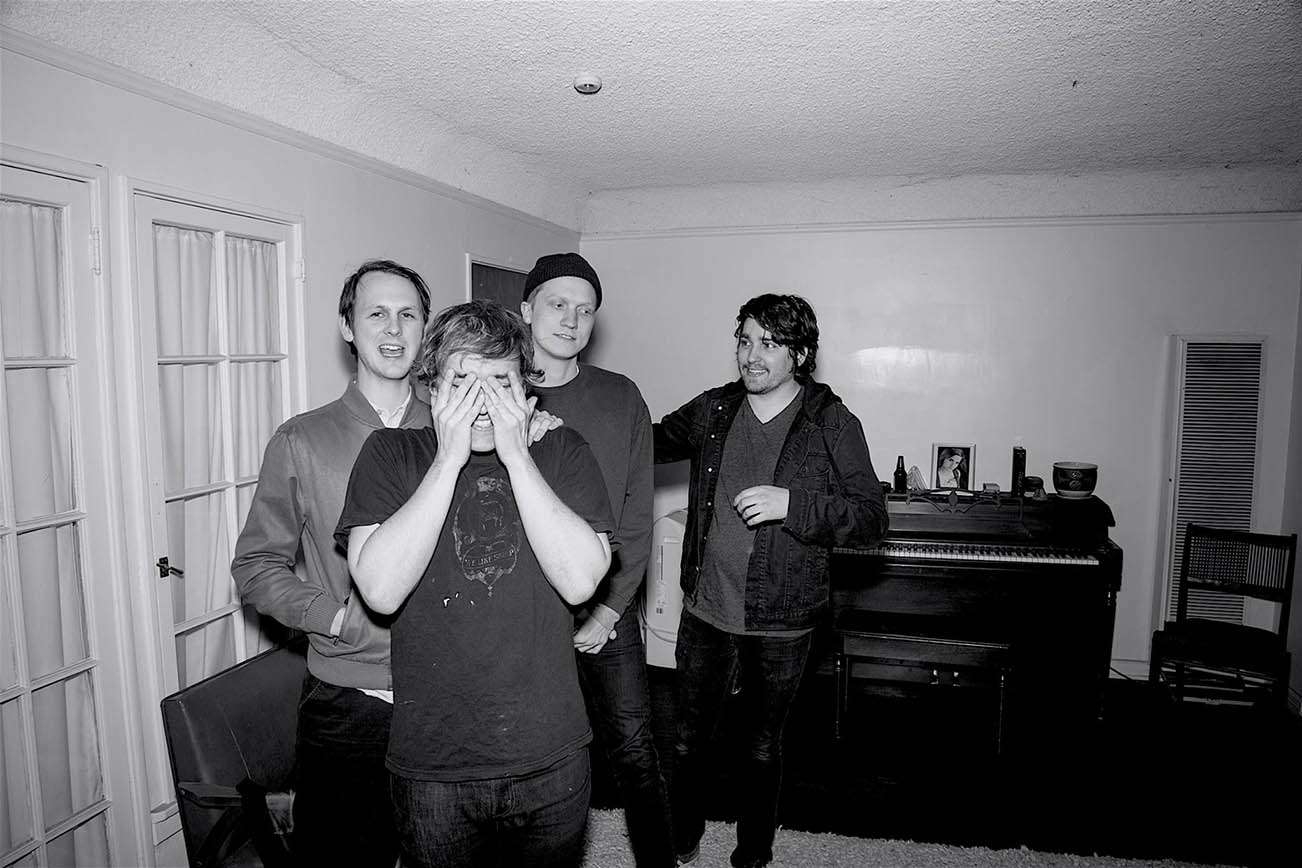 L.A.-based experimental alternative rock quartet Goon are streaming the new sigle “Cammie at Night” ahead of their upcoming SXSW performances. The track, taken from the band’s debut album due later in 2017, was recorded by Gardens & Villa’s Chris Lynch and Adam Rasmussen, mixed by Lewis Pesacov (FIDLAR, Best Coast, Fool’s Gold) and mastered by Daniel Brouns.

Commented Kenny Becker on the song’s subject matter: “I wrote this song as an expression of sexuality through a sort of pure-human carnal lens. Specifically, sexuality repressed by Christianity and the deep desire to break out of that repression. I don’t mean to say this is true of all Christians, but my personal experience of having my sexuality dictated to me by church leaders definitely did more harm than good. Entirely un-restrained sexual urges obviously aren’t healthy either, but this song is just a meditation on the fact that my deepest human desire was so quickly locked up and considered something to be ashamed of, at such a formative age. There was just too much shame. And I was so curious for a very long time. Turns out, the stigma and shame still linger.”