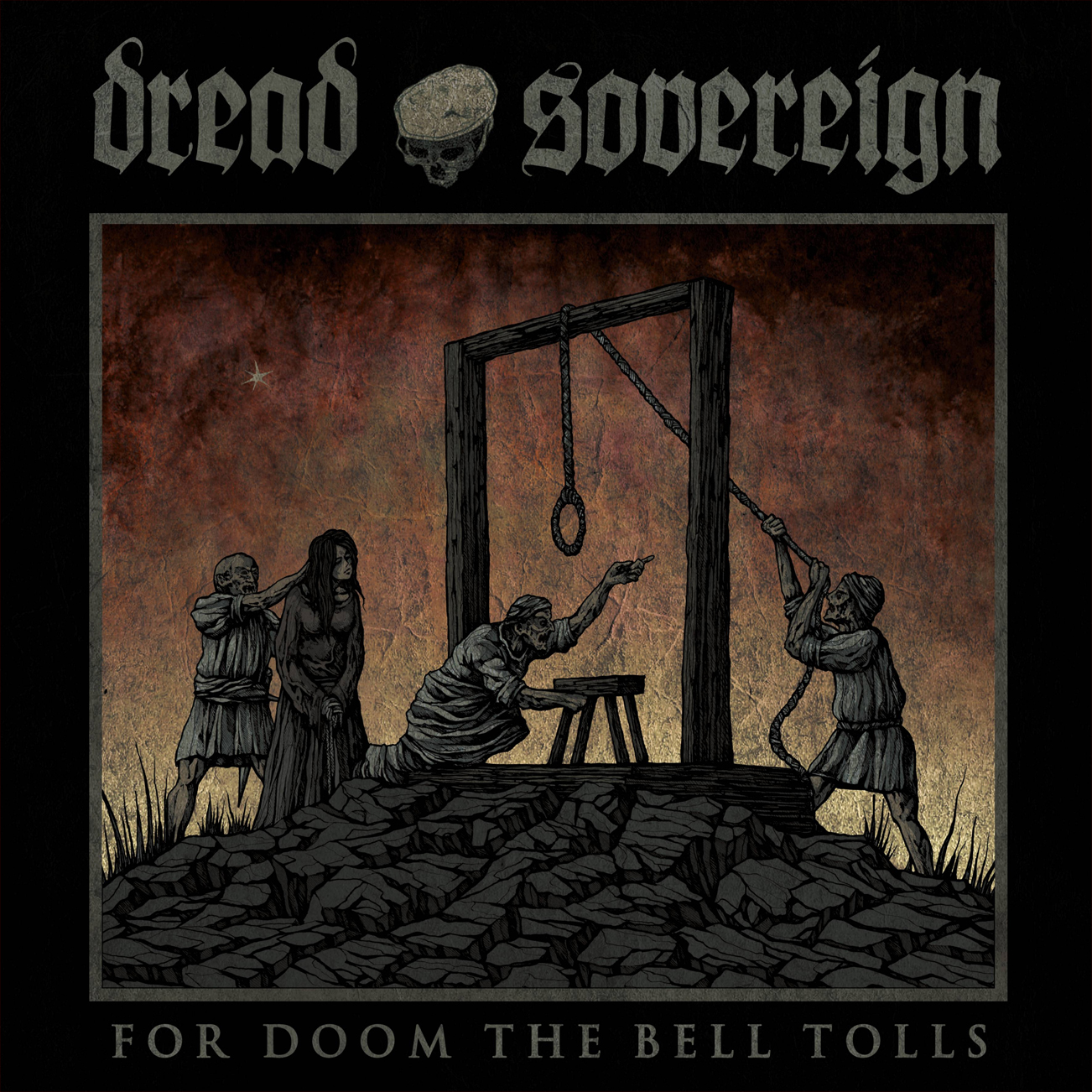 There seems to be a genuine interest in the UK of reverence for classic metal and hard rock forms, especially within the last 10 years or more. So much so that you would be hard-pressed to try and discern differences between some current bands, and obscure classic acts from past eras. It’s here that a band like Dread Sovereign can easily be used to illustrate this point. The Dublin troops-of-doom have grown since the last opus (with Johnny King formerly of Malthusian/Altar of Plagues now occupying the drum spot), and their latest offering is pretty spectacular. After listening to the album a few times, with every successive play I went from liking it to “I’m starting to truly love this!”

For recording, they did so in the same room together, which tends to give this release a live feel, and a certain spontaneity and energy that definitely shows. With Ola Ejsford handling production, tracks like “Twelve Bells Toll In Salem” and “This World Is Doomed” harken back to Cirith Ungol and Judas Priest type classic metal greatness. One great detail of the many of For Doom The Bell Tolls would be Nemtheanga’s vocals; he possesses a sure commanding power and delivery behind his distinctive battle-toned pipes. Additionally, it would seem that life after AOP has slowed Johnny King only for the better, as he steers and steadily grooves the lilting Monster Magnet psyche-flavored swells of the loveliness that is “The Spines of Saturn”.

Nothing but a good upward curve for this band here. You should love this comparatively short (only by doom standards) album, not because they’re now only going to hit some serious strides with a distinctive line-up; or because it’s so genuine to feel or hear, it makes you crave more. Don’t even love this because it’s deserved every bit of praise over here, though everyone is free their preferences. Oh no. You’ll love this effing album because of the spontaneous recording and addition, of a true homage rendition of Venom’s metal anthem ‘Live Like An Angel, Die Like A Devil’. Here’s having high expectations of bliss to look forward to with a full album next, one that will pale all others. For Doom The Bell Tolls feels like that satisfying last few steps to climb before reaching that grand plateau before full-on eruption; so then, onwards and upwards!

Check out “For Doom The Bell Tolls” here