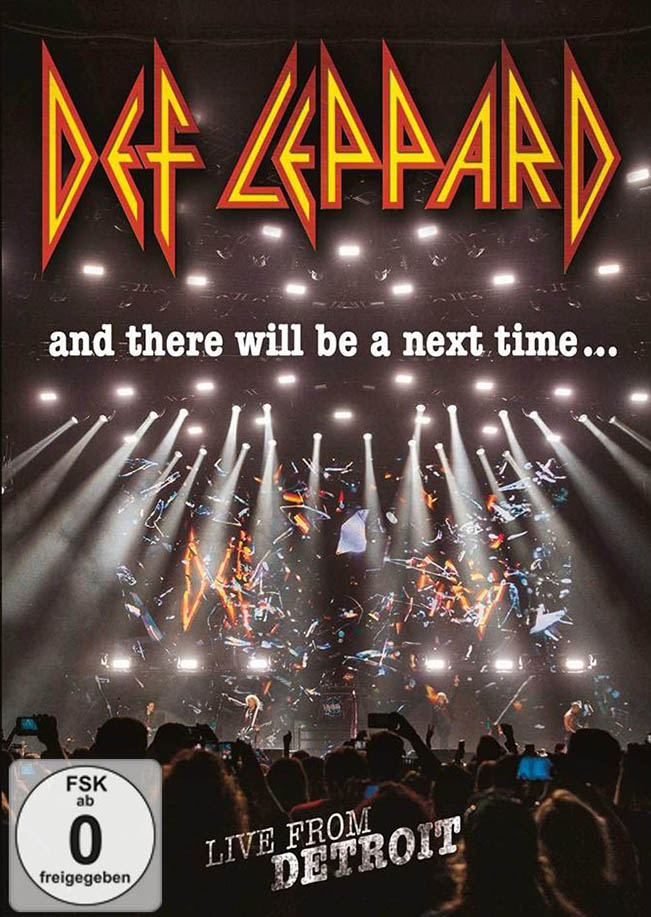 I have been a fan of Def Leppard since High ‘n’ Dry came out back in 1981 and, to be honest with you, they have really been part of the soundtrack of my life. There is something about this band that makes them timeless; I can pop on an album like Pyromania and be instantly transported back to my youth. I find it amazing that after so many years and so many tragedies, Def Leppard has stood the test of time and are still playing to sold-out crowds the world over.

Having seen them many, many times over the years I can confirm that And There Will Be A Next Time… really captures the essence of who the band really are; a hard working bunch of guys who get just as much pleasure performing as the fans do from watching. There is a really give and take between these performers and their audience, and that is probably one of the secrets to their longevity.

The DVD portion of this package is superbly filmed in Detroit, MI during the Summer of 2016 world tour and contains most of the hits you would expect, plus some back catalogue stuff like “Switch 625” and “Man Enough.” The Dolby 5.1 sound is killer and begs to be played loud. Don’t forget, before you sit down on the couch, bring a couple cold beers and a lighter for the obligatory, yet totally killer “Love Bites.” A two CD set rounds out the package so you can listen to this wherever you are.

This is a must-have for fans of the band; it brought back a lot of memories and I had a real good time watching it.

Check out the video for “Let’s Go”