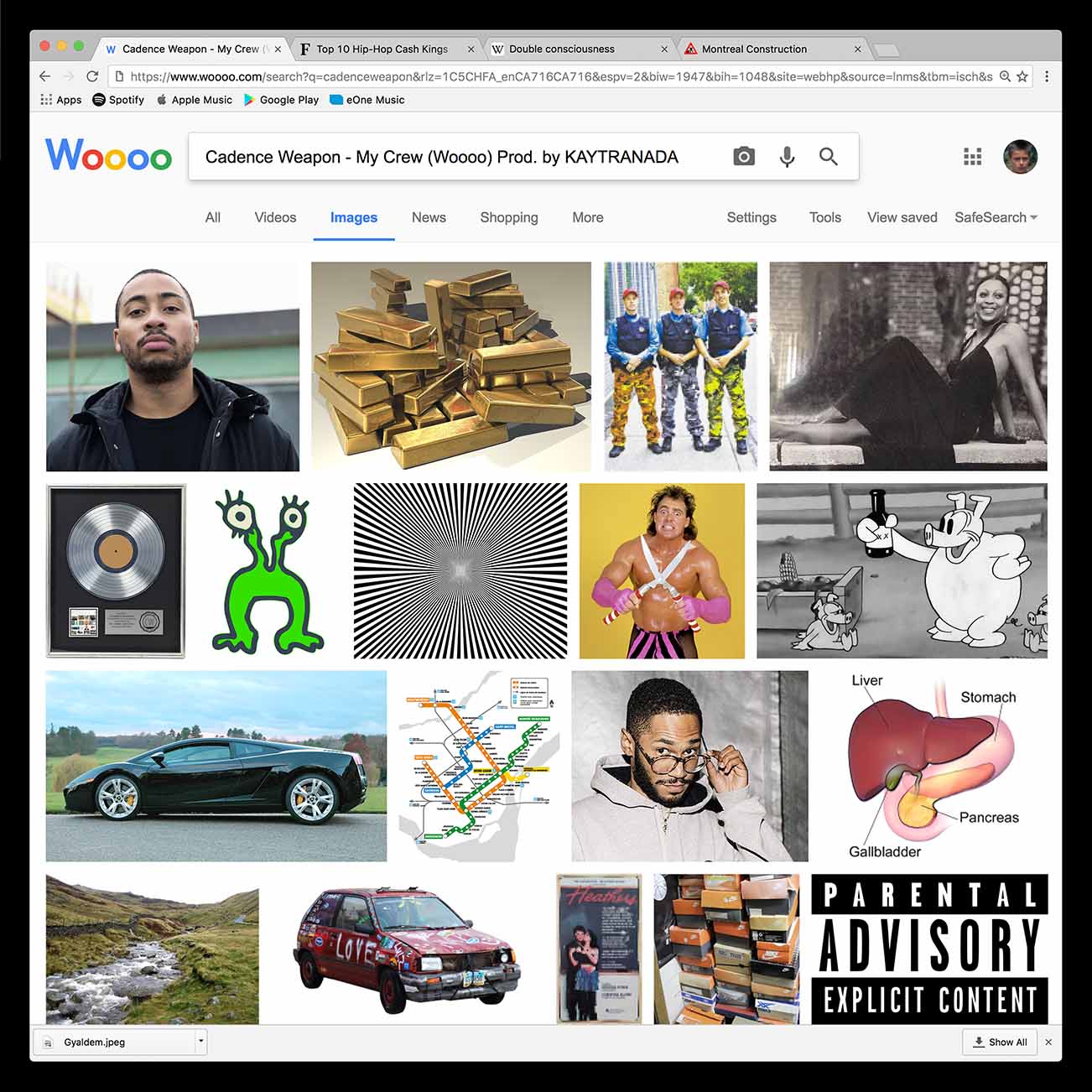 Cadence Weapon is another up-and-comer from Canada’s burgeoning hip-hop scene, and his new single “My Crew (Woooo)” is a fun little bop. Cadence Weapon delivers slick bars over a mostly minimal beat, outlining a variety of themes from his time spent living in Montreal, to his friends, to internet trolls. He’s calm, collected, and very cool.

Cadence Weapon is a tight rapper, and it’s nice to see Montreal getting some love for once. “My Crew (Woooo)” is catchy; with Kaytranda on the production end, how could it not be? Overall, the song is a solid single. It’s sort of trap-y, sort of experimental, and very playful. Is it a banger? No. But it’s a nifty track that’s sure to catch some attention.

Check out the title track “My Crew (Woooo)”