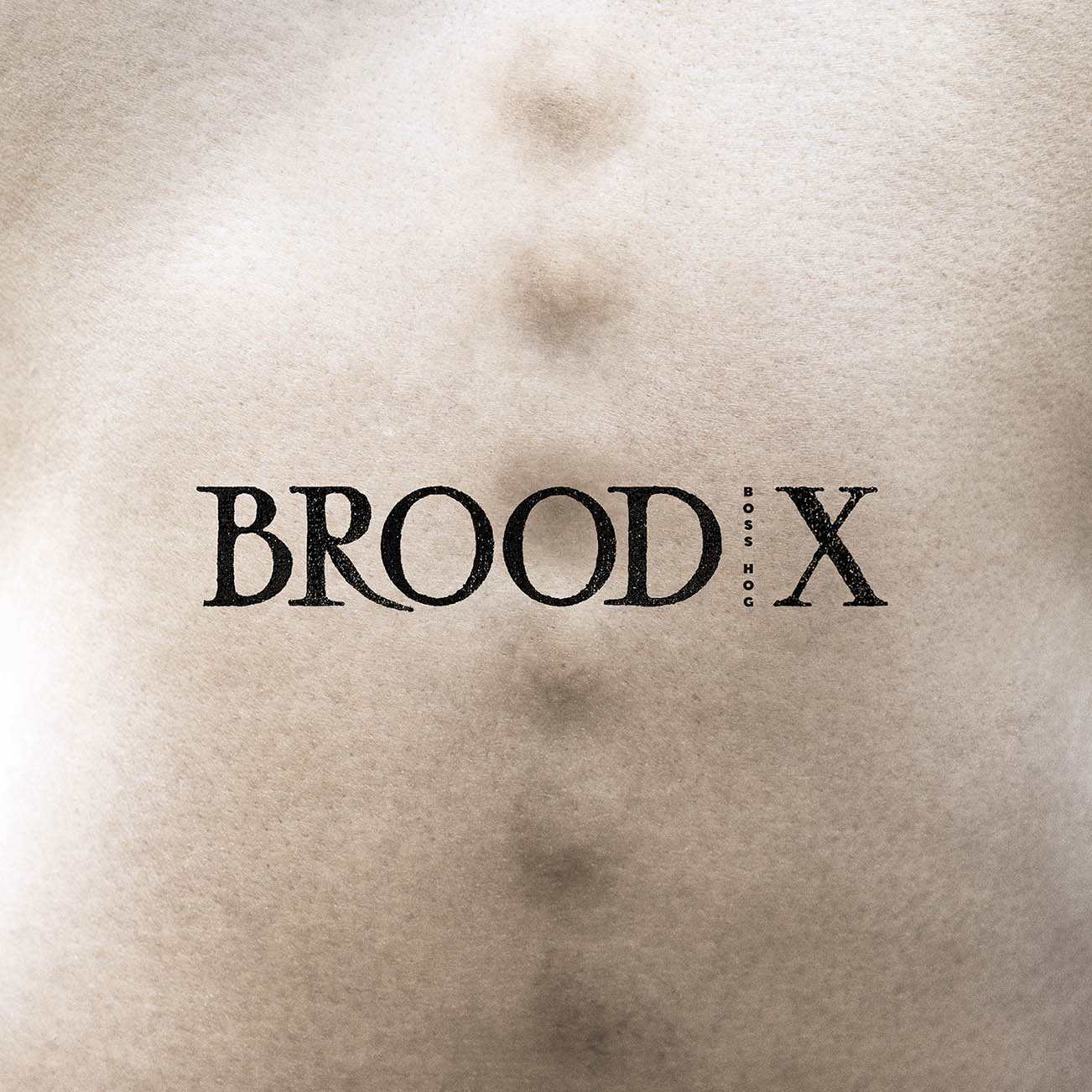 Insisting they never broke up, rather that this album had been gestating over the last 17 years, New York City’s Boss Hog return with their new LP Brood X. Preceded by last year’s Brood Star, EP, Brood X sounds both familiar and new. Fronted by the husband and wife team of Cristina Martinez and Jon Spencer, on this album they are joined by Boss Hog mainstays Hollis Queens (drums) and Jens Jurgensen (bass), and rounded out by newcomer Mickey Finn (keyboards).

Once calling their brand of blues/punk, “pigfuck,” Boss Hog continues to defy genre conventions. Not exactly punk or blues or indie or alternative, Boss Hog is its own beast and that is the quality that has always made them so charming. But, before you go off thinking this is some kind of Jon Spencer Blues Explosion side band art-project, you should know there are some fine arrangements and instrumentation here that elevates the songs and the album into a class of its own.

Tracks like “Ground Control,” “Signal,” and “Formula X” are finely crafted songs that sound a little more tight and focused than the band’s previous output, where cuts like album opener “Billy,” “Shh Shh Shh,” and “Rodeo Chica,” sound like classic Boss Hog rockers. But, the band meanders down some unfamiliar roads with tracks like “Sunday Routine,” and the first single “17.” “Sunday Routine” is a slow, meditative number that sounds restrained at first, but reveals more on each repeated listen. The aptly titled “17” is a strange waltz that isn’t completely out of the ordinary for the group, but certainly not a song that fans would immediately identify as Boss Hog. As Martinez sings, “I was swallowed by the noise,” it all makes sense as her team backs her with asymmetric drum fills, blips of guitar amplifier noise, and plodding keyboards.

Brood X is highly recommended to the steadfast Boss Hog fan base, but should also draw interest from anyone who desires a unique album that doesn’t really sound like anyone else. Overall, it has a refreshing sound that makes many of their peers sound tired.