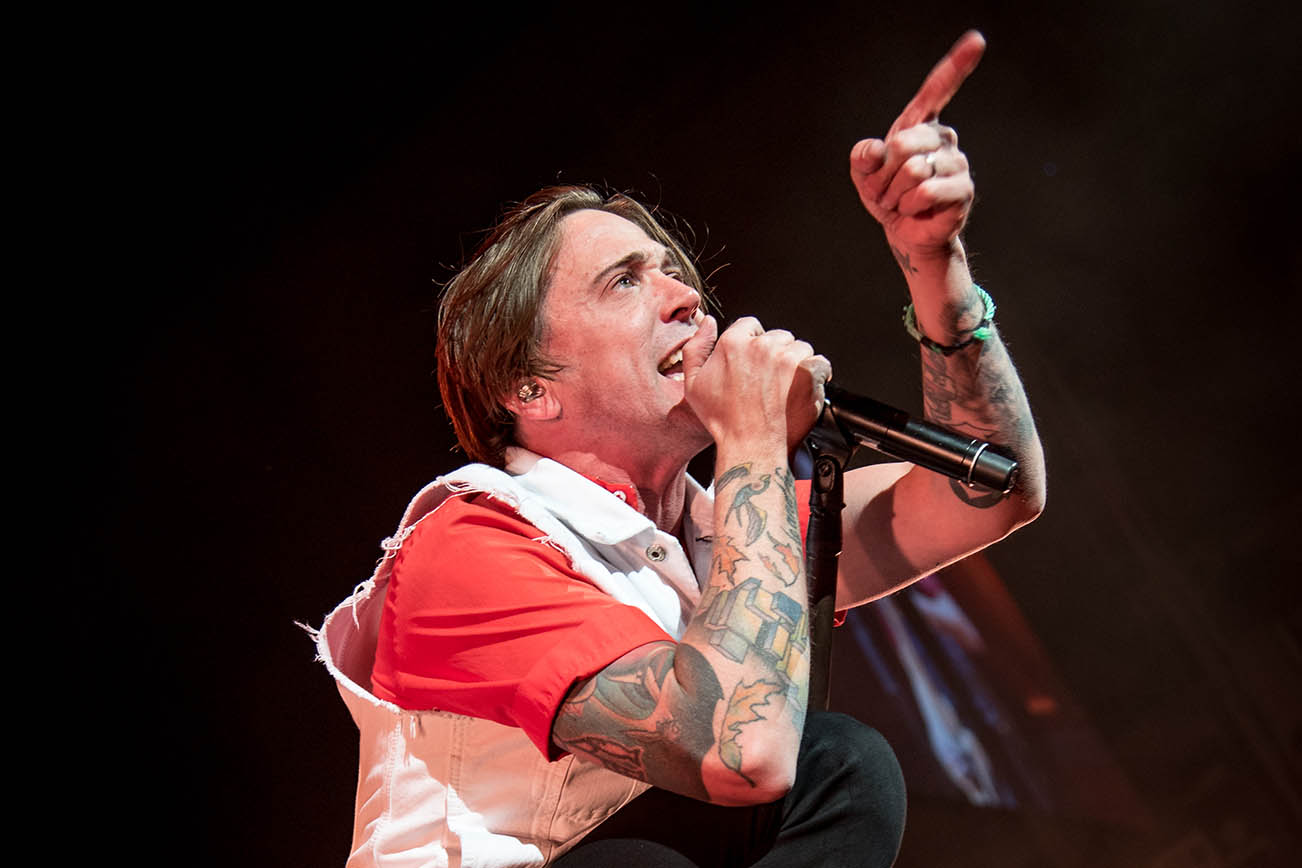 As bands go, you won’t find a cooler bunch of cats that the members of Billy Talent. Comprised of four Mississauga-area friends who have managed to become a global success story in just over a decade’s time (as Billy Talent), remaining a fiercely patriotic band every step of the way. This evening’s performance was a celebration of their success story as the band delivered a 2-hour performance filled with easter eggs for this very special evening of music.

At one point this evening, Benjamin Kowalewicz mentioned that it takes a special kind of band to tour Canada in the middle of February, referring to both The Dirty Nil and Monster Truck, who have committed to this entire “Afraid of Heights Tour” with them. Dundas, Ontario three-piece The Dirty Nil felt out of place in such a massive venue this evening. But then, thinking about the club shows I’ve partaken in over the years with Monster Truck and Billy Talent, maybe not so out of place at all, given how these bands have traversed away from playing small venues. Luke Bentham, David Nardi and Kyle Fisher delivered a short but sweet set of thirty minutes worth of their powerful pop-punk material, impressing many in attendance this evening.

Monster Truck, perhaps a little out of the genre of the sort of the material Billy Talent fans enjoy still managed to deliver a rocking 45 minute set of their signature southern tinged riff-rock tonight. And to a crowd of fans on the floor chanting “Don’t Fuck With The Truck” in the minutes leading up to their performance, no less. Jon Harvey, Jeremy Widerman, Brandon Bliss and Steve Kiely performed their set cast in front of a stage with floor level lighting pulsing behind them and a wash of red lights up top, bashing out the very best of their songs from their two commercially released EPs and LPs. With 2013’s Furiosity and last year’s most excellent Sittin’ Heavy, Monster Truck are well on their way to becoming another important band emblazoned on the road-map of successful Canadian rock artists.

As far as Billy Talent concerts go, tonight was a pretty special evening on the “Afraid of Heights Tour.” Benjamin Kowalewicz, Ian D’Sa, Jonathan Gallant and Aaron Solowoniuk were deep into work on the Afraid of Heights album at the end of 2015. In January 2016 Aaron Solowoniuk announced via the Billy Talent YouTube channel that he would be taking a hiatus from the band due to a multiple sclerosis relapse. Jordan Hastings from Alexisonfire was announced to be filling in and doing the drum work on the Afraid of Heights album in his place. Both drummers still appear in the promotional photography for Afraid of Heights, and tonight, after a heartfelt introduction from Kowalewicz, Aaron walked out on stage to perform “Pins and Needles” and “Surrender” with his bandmates. It was a true thing of beauty to see him back behind the kit with his friends once again.

After then playing “The Crutch”, Kowalewicz talked at length about being a hugely patriotic band, very proud of their Canadian heritage. He mentioned Gord Downie, and Tragically Hip, and how important a band they were to Canada, and to everyone in Billy Talent. He then introduced Jeremy Widerman from Monster Truck, who joined them onstage to perform an amazing cover of “Nautical Disaster” to great effect. Towards the end of their main set, Kowalewicz walked out on stage with a Toronto Maple Leafs Jersey with his last name emblazoned across the back, joking his surprise at his name fitting on the back as his last name is so lengthy. You could see the edges of the K and the Z wrapping around his shoulders after he mentioned it.

As the crowd chanted away for an encore, the band were backstage with their friends in Alexisonfire handing off the baton for the band to take the stage in their stead. Alexisonfire performing an unannounced three song set of “This Could Be Anywhere In The World”, “Boiled Frogs” and “Young Cardinals” to an unsuspecting audience tonight. George Pettit, Dallas Green, Wade MacNeil and Chris Steele joined their drummer Jordan Hastings and dropped a lovely fifteen-minute bonus set of three of their best songs, embracing the guys from Billy Talent on stage afterward. Billy Talent then took the stage for “Fallen Leaves”, “Try Honesty” and “Viking Death March” before the house lights came up minutes before 11 pm.

As Billy Talent shows go, tonight was pretty damn epic. In the pantheon of Canadian musicians, they stand amongst some of our true greats. As they were wrapping up their set, Kowalewicz took the time to again express his thanks; to their family, their wives, significant others and children, and especially their fans for their undying support. “If the four of us can do this, anyone can!” Inspiring words from an inspiring band.

Setlist:
Devil in a Midnight Mass
This Suffering
Big Red Gun
This Is How It Goes
Rusted from the Rain
Ghost Ship of Cannibal Rats
Leave Them All Behind
Nothing to Lose
Pins and Needles (with Aaron Solowoniuk)
Surrender (with Aaron Solowoniuk)
The Crutch
Nautical Disaster (The Tragically Hip cover) (with Jeremy Widerman) (dedicated to Gord Downie)
Saint Veronika
River Below
Time-Bomb Ticking Away
Surprise Surprise
Afraid of Heights (Reprise) / Afraid of Heights
Louder Than the DJ
Devil on My Shoulder
Red Flag 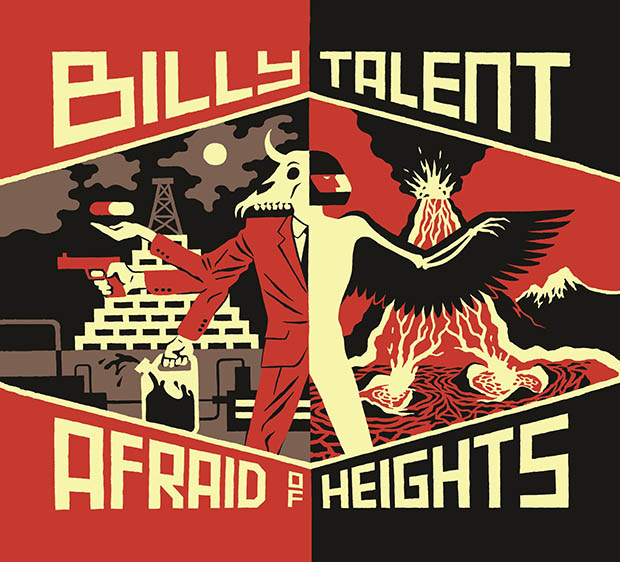