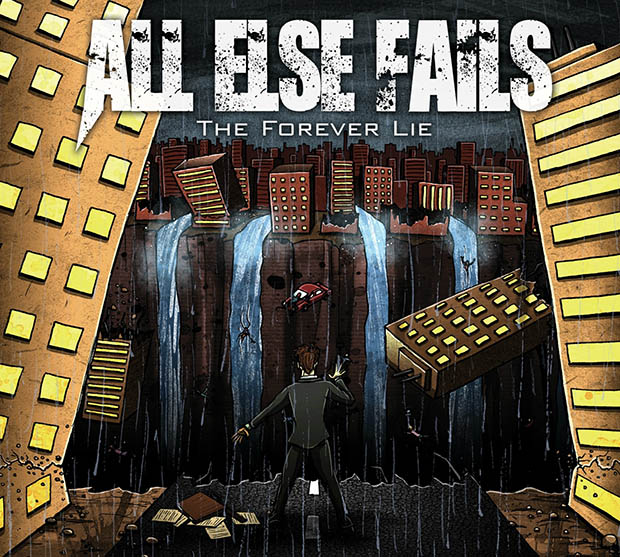 All Else Fails – “The Forever Lie” [EP] [Album Review]

Hailing from the Edmonton metal scene and having been smashing out their aggressive metallic fury for nigh on eleven years now, it can come as no surprise that All Else Fail’s latest offering, The Forever Lie, is the musical equivalent of getting your face smashed in. Rough around the edges, hard-as-nails metal is the order of the day here and listening to the likes of “The Sons Of Plenty”, I can promise you that The Forever Lie will give you your fix of heavy music.

It’s not pretty and it’s not attractive, as All Else Fails slam through the six tracks on this EP with a running time just shy of thirty minutes. In that time, however, you get brutal riffs and pummelling drums all presided over by the gruff, throaty vocals of Barret Klesko and Mike Genereux.

When discussing the subject matter of the EP, Klesko says, “The forever lie is the so-called American dream, and that everything will be okay”. This being the case, anything less than downright ugly would be a disappointment.

Check out “The Sons Of Plenty”