Toronto post-hardcore band Sparrows released their newest album, Let the Silence Stay Where It Was, on October 14, 2016 via New Damage Records in Canada. The ten-track full-length was recorded/produced by Kenny Bridges, mixed by Mike Watts, mastered by Mike Kalajian and most importantly, totally rips! Currently touring the Great White North in support of the new music, we caught up with guitarist/vocalist Dan Thomson by email to ask how the album’s gnarly cover artwork came to be.

What was the inspiration for the album’s cover artwork?
Thomson: Originally, we had a very different concept for the record. We had hired a model and scouted a bunch of spots to shoot, but this idea seemed to just process itself while we were there in the moment. We didn’t have the title of the record at the time, but the rooms in this apartment really seemed to just make the layout come together on its own. It’s kind of weird to say it, but it really did fit the record. 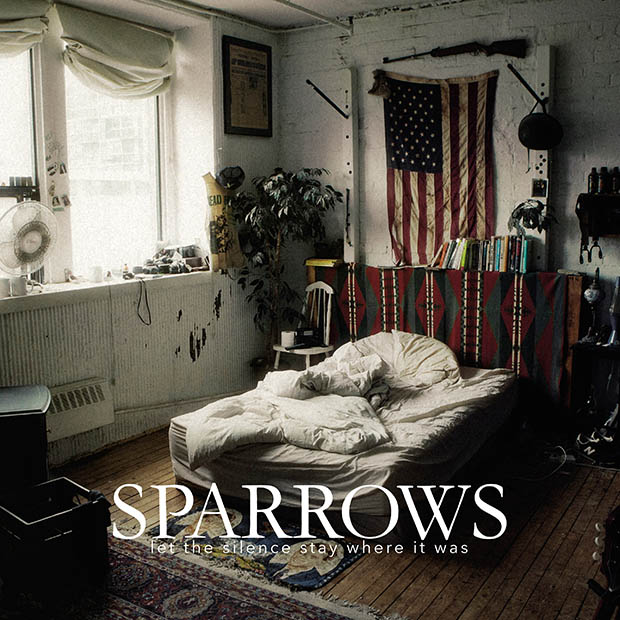 Your new album cover is crazy-cool. Tell us about the artist and how you found him/her?
Thomson: Kieran Meyn, the photographer, and I have been great friends for a long time. He has shot our band on many occasions and we really work well together. We’re not scared to tell each other when we are way off or our ideas are shit. But because of that, I think he also gets what I’m looking for most of the time. He’s got an eye for what I am seeking, even if I can’t explain them properly. Hahaha.

What were the partnership’s dynamics like? For example, was a specific look given, or did the artist have full free range?
Thomson: It’s weird, because I don’t think that we’ve ever had to tell each other what we’re looking for/aiming to do. I definitely do have an idea of what I am looking for, as far as overall look, but other then that, it’s pretty rare that I’ll tell him what to do. It seems to work really well to let something develop, and then just trim the details.

Have you ever purchased an album solely because of its album artwork? If yes, did the music live up to the artwork?
Thomson: I haven’t bought a record solely from the record cover, but I have definitely looked into a band because of it. I also find that if a record is killer, and the album art is just as good, it really adds to my personal enjoyment of a record. I love the idea of someone wanting their full presentation to be involved, and reminds me of when I was younger and would go through the record layout while I was listening to the record. Y’know, going through the liner notes and the photos and just trying to get an idea of what the layout has to do with the songs. It’s such a beautiful aid.

With the increasing popularity of digital music, most fans view artwork as just pixels on a screen. Why did you feel the artwork was important?
Thomson: I think artwork is important because I believe that it can be used as a visual aid to the feeling of the music. Whether it enhances or takes away is an individual opinion, but I’ve always loved that idea. Using another medium to pair with your music just gives you another chance to be creative. It’s awesome.

When people look at the album cover artwork, what do you want them to see/think?
Thomson: Honestly, I love the idea of people getting their own concept from it. It’s kind of the same reason we really don’t talk openly about our song meanings or lyrics or anything like that. The idea that someone could take their own meaning, or hit on something else in a song that wasn’t your initial intention is a pretty crazy thing. And I love the idea that someone could come across something that was never my intention to convey. I feel like artwork can do the same thing.

Check out the video for the song “Cave Eater” 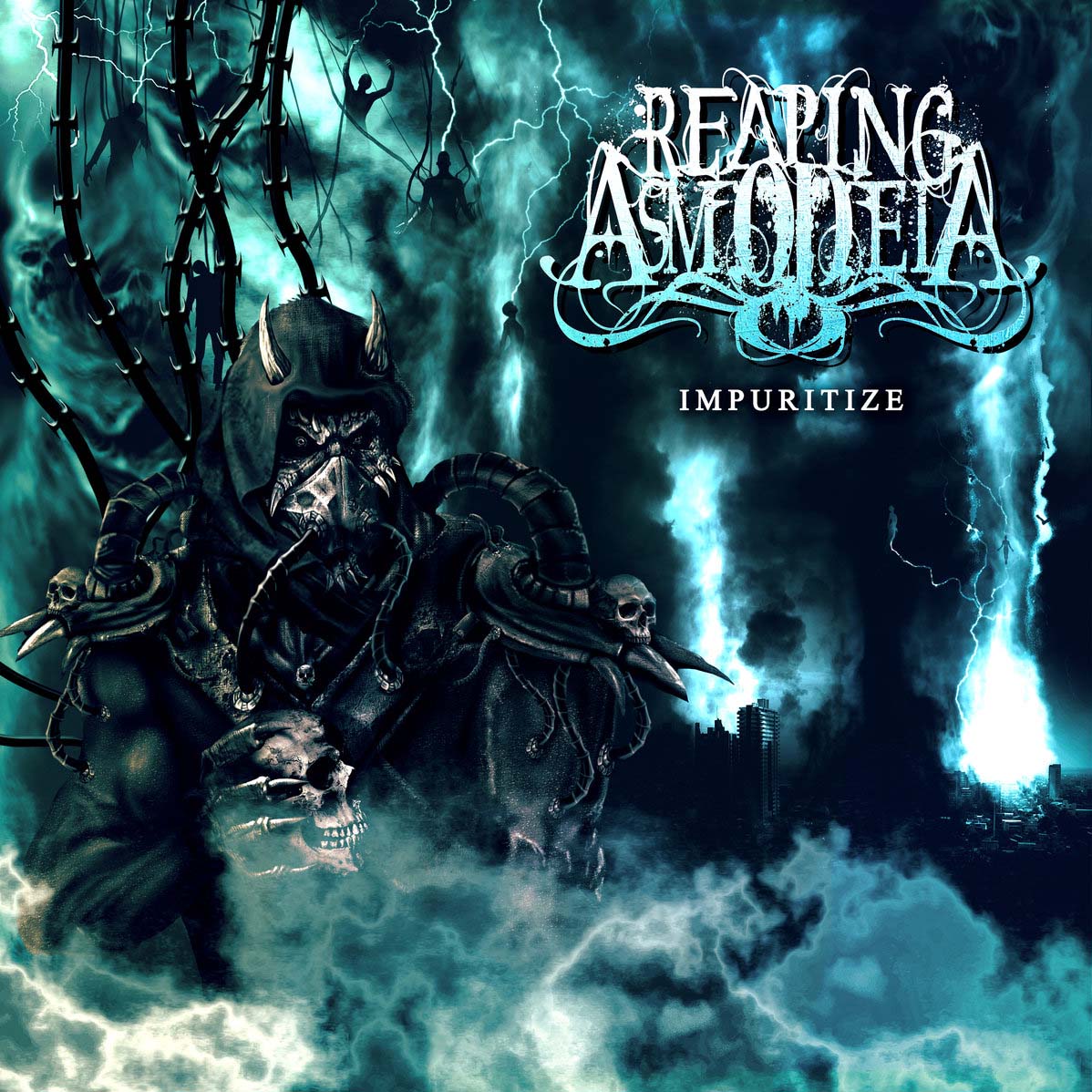