R.I.P. vocalist “Fuzz” hit us up via email to discuss the slick cover artwork of his Portland, OR-based band’s latest album, In The Wind. The recording insanely-solid effort (read our review right here) dropped on gatefold LP, CD and download via RidingEasy Records and is a must-hear. Grimy, dirty and rough, R.I.P.’s “street doom” version of metal/rock is elegantly captured in In The Wind‘s album artwork.

What was the inspiration for the album’s cover artwork?
“Fuzz”: We were really inspired by the pen and pixel album covers that adorned allot of Cash Money and No Limit Records albums and other lesser known hip-hop albums in the 90s. We were intrigued by the ability of the art to convey toughness, death-obsessed imagery, and looking fly at the same time with stuff like thugged-out skeletons shooting diamond encrusted guns and shit. But we are a heavy metal band and we didn’t want to go full computer generated album cover – so we went for something that channeled that same vibe but made you want to bang your head too. 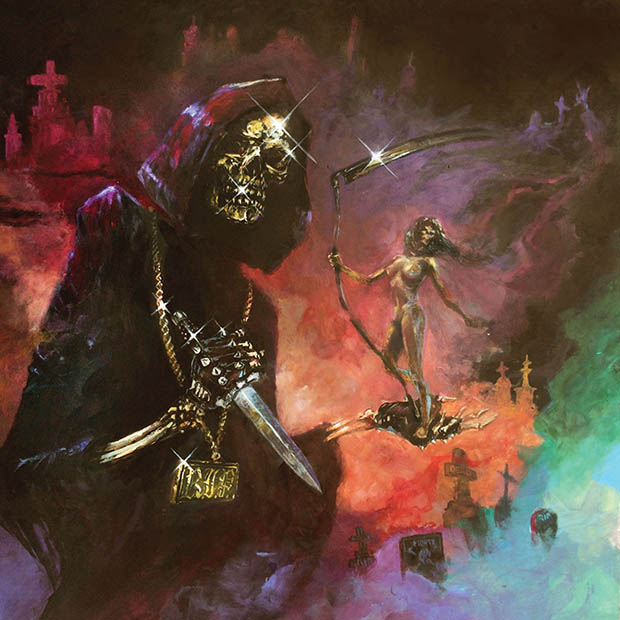 Your new album cover is crazy-cool. Tell us about the artist and how you found him/her?
“Fuzz”: We have known Adam for years – our bands used to play together before R.I.P. ever got started and we still play with his Pushy all the time. In fact, Adam’s band Fellwoods headlined the first R.I.P. show in Portland, so we knew he would understand our vibe better than anyone else and would be able to translate the audio terror into something spooky to look at.

What were the partnership’s dynamics like? For example, was a specific look given, or did the artist have full free range?
“Fuzz”: We chatted with Adam about the feel we wished to convey with the cover, and left it completely up to him after that. Knowing that he is so familiar with R.I.P. as a band and as people, and knowing the quality of work he is known to put out, we didn’t feel like dictating a specific scene to him would make a better result. When he sent us the finished product we were very pleased to have taken this approach because he absolutely nailed the look we were going for.

Did the artist who did the cover art hear the album before hand? Or, what kind of input did you give him/her?
“Fuzz”: Adam had heard the songs a bunch of times since our bands play together all the time, so he knew how incredible and genre-defining the album was going to be. We talked about wanting to combine the aforementioned ’90s rap album covers with the sleaze and evil of the ’70s and ’80s metal bands we draw inspiration from into one spooky masterpiece and a few days later he delivered!

Have you ever purchased an album solely because of its album artwork? If yes, did the music live up to the artwork?
“Fuzz”: When I was in 6th grade I saw TRU’s TRU 2 Da Game album in the store and saw three glowing red skulls in ski masks on the front with a huge parental advisory sticker and I was just like “fuck yea” and copped it immediately – I still slap that album to this day; it definitely sounds like skeletons in ski mask music, there’s no denying that.

When people look at the album cover artwork, what do you want them to see/think?
“Fuzz”: I want them to think “Godamn, this is cool, I should give this band all my money” and then follow through.

Check out the album In The Wind 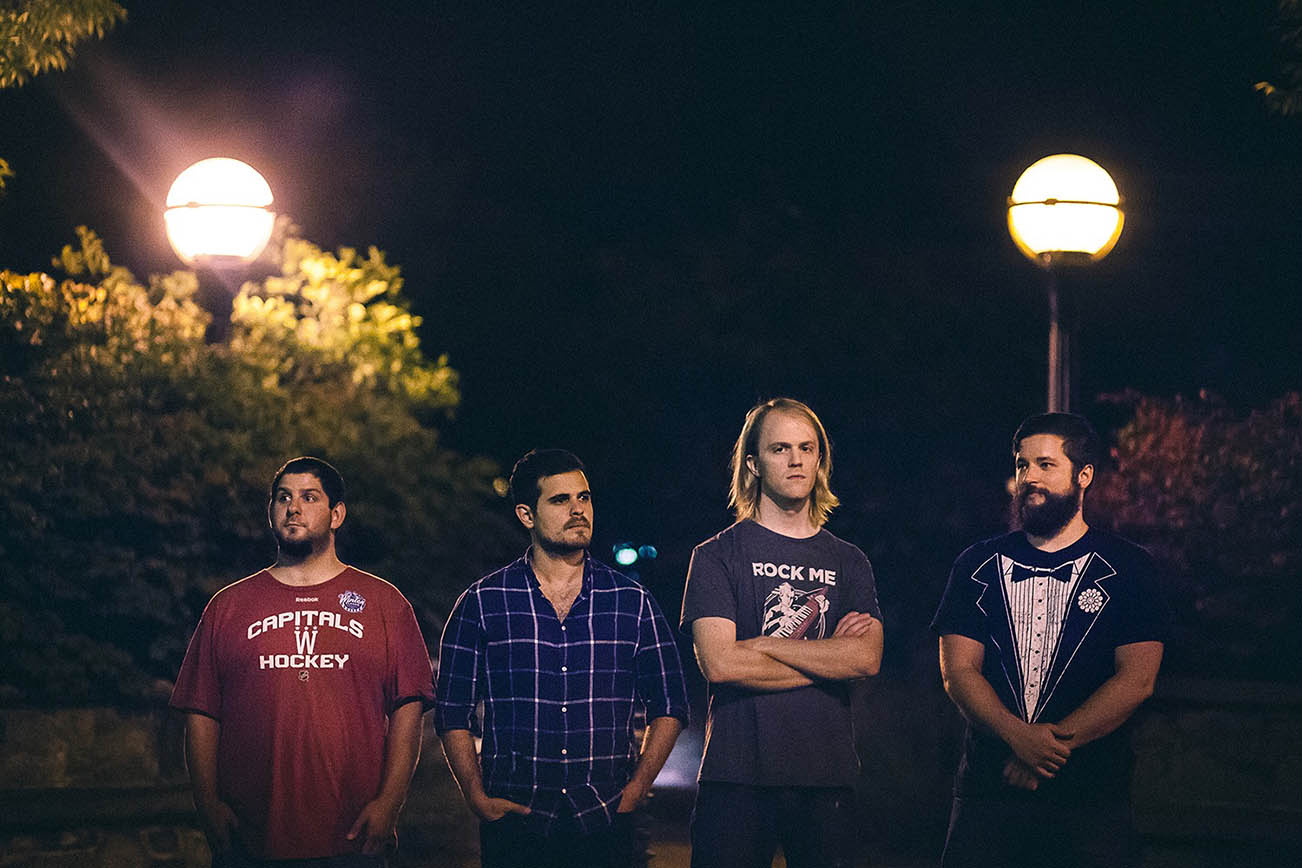 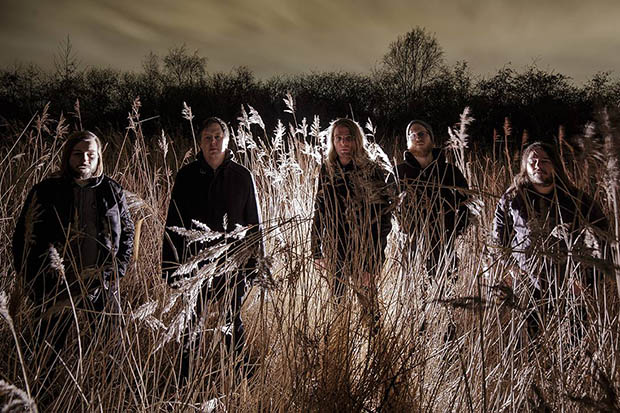