Detroit, MI’s bluesy rockers, Citizen Zero released their debut full-length album, State of Mind, on August 12th, 2016 via Wind-up Records (purchase a copy RIGHT HERE) and recently vocalist/guitarist Josh LeMay spoke to us about the recording’s cover artwork. Much like their music, which melds a grunge attitude with bluesy rock, Citizen Zero’s new cover artwork is both detailed and awesome.

What was the inspiration for the album’s cover artwork?
LeMay: The record State of Mind is a themed record based around my reaction to certain events in my life during the creation of this album. Justin Ahn, my childhood friend, is fantastic at making verbal ideas come to life on a page, so together we came up with the idea to fill a head with art that represented fear, passion, love, time and overall chaos that is in all of our minds.

Your new album cover is crazy-cool. Tell us about the artist and how you found him/her?
LeMay: Justin and I grew up together and have had a working artistic relationship in all sorts of different capacities. This particular product is something we both are very proud of and is yet another thing added to Justin’s impressive catalog of creations. 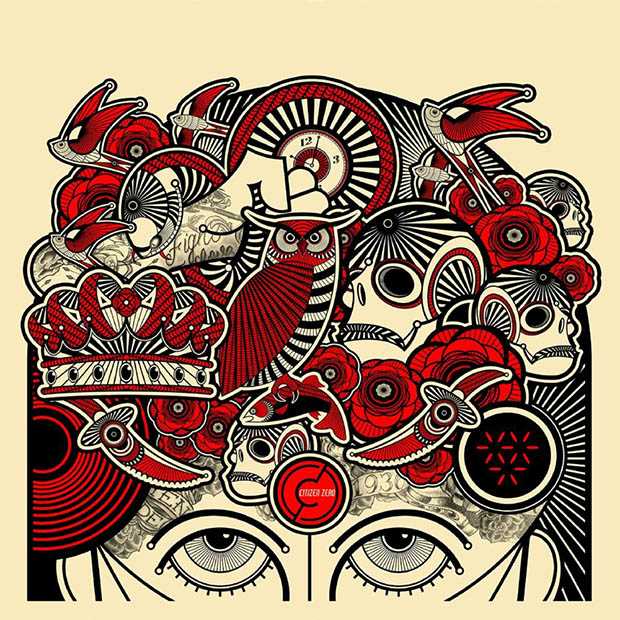 Please elaborate on the medium(s) used when creating the art. We’d love to know how the artwork was created.
LeMay: We started conceptualizing different ideas and styles. Justin has this crazy style (that’s reflected on this album art) so we knew we wanted that style. The day-of-the-dead-esque vibe came later after we sat down and started talking and Justin started to bring the ideas to life with a pen and paper. For example, we knew we wanted to incorporate something that represented time and what a dangerous thing it is. The hand holding the watch that turns into the snake, which is then biting the hand, was created.

What were the partnership’s dynamics like? For example, was a specific look given, or did the artist have full free range?
LeMay: We come up with the general theme together, but Justin is the brains behind it all.

Would you consider the artist an additional band member, or someone contracted for just this piece?
LeMay: Since we formed this band, Justin has been on-board and our 5th member. Our goal from the get-go was to have creative control over every piece of art, visual or audible, we put out in the world. Our art is a 100% representation of this family.

Have you ever purchased an album solely because of its album artwork? If yes, did the music live up to the artwork?
LeMay: I purchased Tool’s 10,000 Days album because of the insane artwork inside and how you could view it through the goggles that came with the album. Shit was crazy! The album was also incredible so…hats off to them for a home run.

With the increasing popularity of digital music, most fans view artwork as just pixels on a screen. Why did you feel the artwork was important?
LeMay: What’s put out now lives forever. It’s important to us that everything we do is with purpose.

When people look at the album cover artwork, what do you want them to see/think?
LeMay: Ideally I’d love fans to look at the album and ask why and come up with their own interpretation of it. Then comment and ask us why and what it means.

Check out the song “Go (Let Me Save You)” 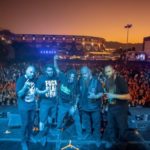 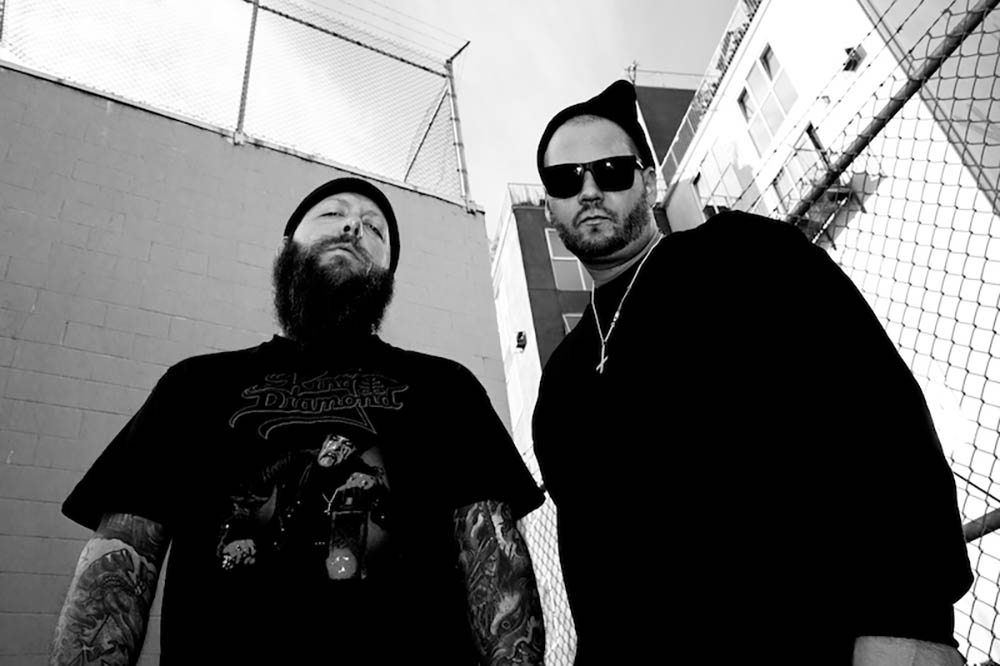