Altered Perceptions released their debut album via Artery Records in October of 2016, and it is a disparaging LP that has all of the makings of a decent deathcore album. Even before pressing play, it is apparent that From Rise To Ruin will be a dark and menacing experience from the artwork alone. The eerie cover art does not disappoint.

The track “Rise” kicks off the ride with an ominous recording that can best be described as the tune from a haunted music box. The melody melds into down tuned guitars; accented by heavy, slow riffs and bloodcurdling, volatile vocals. “Rise” effectively sets the stage for the album, perfectly encapsulating Altered Perceptions’ sound.

The slow, looming riffs speed up on tracks “Hellfire” and “Frequency”. These songs are a display of aggression with winding riffs, electronic nuances and maddening screams that effortlessly flow from high to low.

Altered Perceptions has nailed the art of horror music down to a science. Every element in From Rise To Ruin is meticulously made to give listeners chills, and they are wholly successful. However, beyond a select few tracks like “Hellfire” and “Sacrifice”, a lot of what this band offers has been done before and the songs seems to blend together. Their heaviness and grit is infectious, and this young band undeniably shows promise and talent on their debut LP, but, they have a long and dark road ahead of them if they are to differentiate themselves from the pack and solidify their place in today’s crowded metalcore scene.

From Rise To Ruin Track Listing:

Check out the song “Sacrifice” 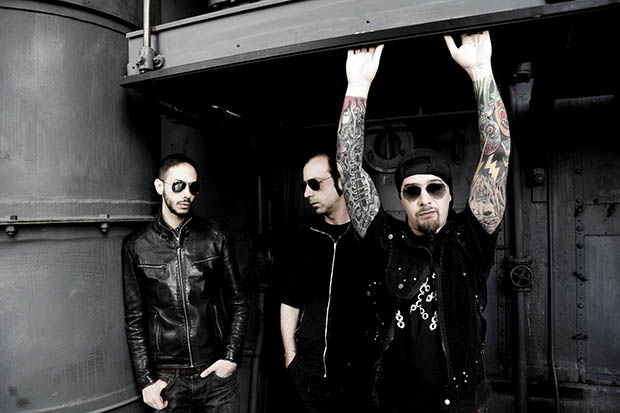