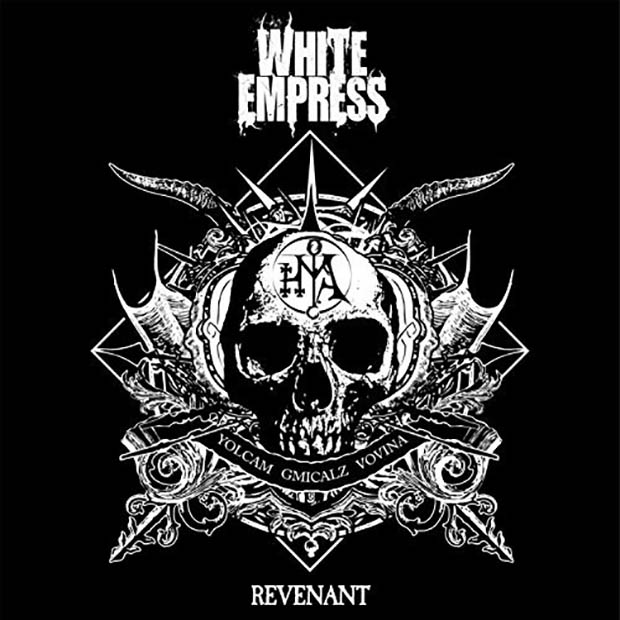 White Empress – “Revenant: Entombed In The Arms of a Nameless Horror” [Song/Video Review]

Heavy metal and horror movies have always been close bedfellows, (and some of my favorite things as well) so it it’s crazy that someone hasn’t beaten Paul Allender to the punch. As the guitarist of White Empress, Allender has taken a new, unique approach to releasing his band’s music; the long form video.

Sure this type of video has been around for a while, but Paul is planning on releasing new White Empress material, with no vocals, intertwined with first rate horror films. Let’s face it, we are an increasingly visual society, so it only makes sense to release a visual representation to go along with the music.

The band’s first outing, “The Revenant”, is a dark, disturbing short film with music that perfectly matches the cinematic visuals, drawing the viewer right smack into the middle of a twisted tale of rage, revenge, hatred, the dark arts, and an eternal curse. I don’t want to give anything away here, because I firmly believe that, as with any work of art, the viewer brings their own perceptions to the table, but this is a near perfectly executed project.

I will say that the sound track is brutally epic and heavy-as-hell, plus the film is fantastic. If this were full-length it could easily hold its own amongst modern day horror films. The cinematography is stunning and when mixed with the heavy, distorted music it is powerfully effective and chaotically propels the story along. If you are a fan of heavy music, horror movies, or even better both, then I recommend taking a moment and heading over to check out this short film.

Check out the video “Revenant: Entombed In The Arms of a Nameless Horror”