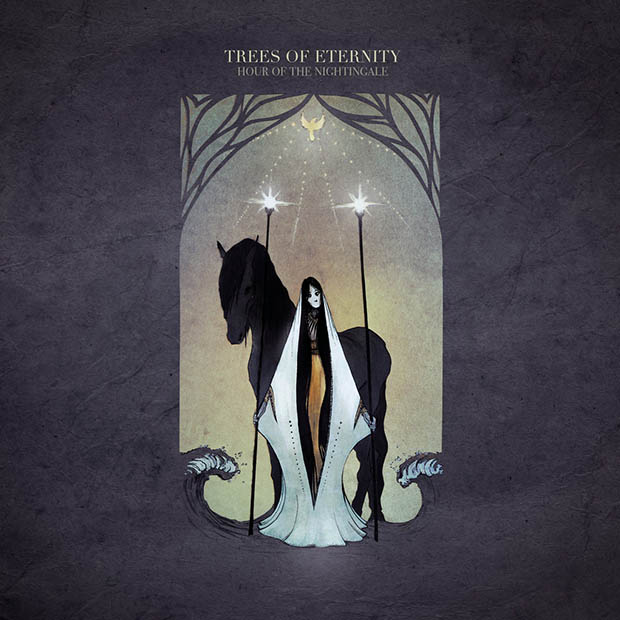 Trees of Eternity – “Hour of the Nightingale” [Album Review]

Hour of the Nightingale is the debut release from Trees of Eternity, a band composed from members of Katatonia and Swallow The Sun, as well as the late vocalist, Aleah Stanbridge. When I saw this lineup I was immediately intrigued and, as a fan of both bands I could not wait to dig into this record. The moment it began I was in; hook, line and sinker. The dreamy, doomy, ethereal quality of this record is quite unbelievable and the vibe is made even more dramatic due to Stanbridge passing away before the album even saw the light of day.

This is for sure not music to crank while driving down the highway, but it really is beautiful and works on so many levels. The musicianship is top-notch and the vocals have a hauntingly dreamy quality that cannot really be described; they are felt more than they are heard, and actually gave me chills on more than one occasion.

Hour of the Nightingale is music that moves you, seeps into your soul, gets under your skin and genuinely stays with you long after the record has finished. Don’t get the wrong idea though, at the core there is enough down tempo gloominess to please most metalheads. It is too bad this is the only record we will ever get from this particular lineup because, in all honesty, I could listen to them all day. RIP Aleah Stanbridge.

Hour of the Nightingale Track Listing:

Check out the album Hour of the Nightingale