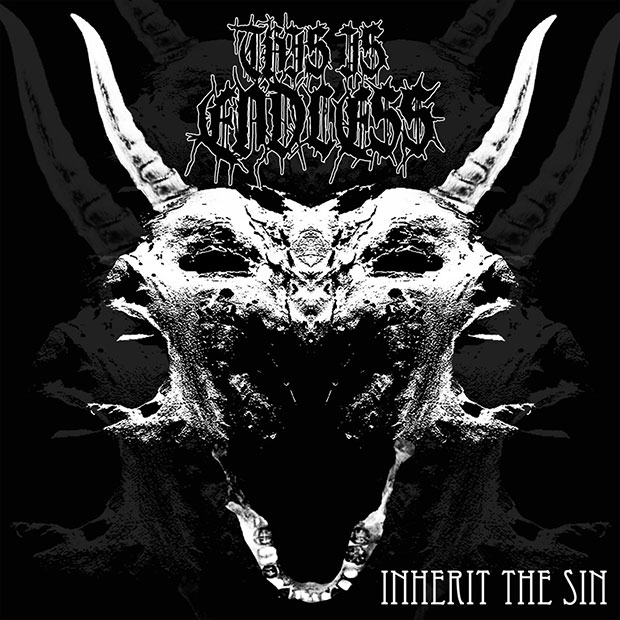 This Is Endless – “Inherit The Sin EP” [Album Review]

When it comes to the heavy music scene in the UK right now, I’ll be honest: it’s pretty slim pickings for genuinely captivating, intense, heavy music. House music seems to be the mainstay for most of the population, grime is having something of a second renaissance, and alternative continues to largely regurgitate parts of itself, leaving the majority of live music in the UK being spoken for. In this kind of climate, that means that there’s a serious shortage of bands that are pushing the envelope in terms of heavy music, leaving bands like This Is Endless to pick up the slack.

I will give This Is Endless credit: what they do, they do well. Their blast beats, guttural screams, and riffing are delivered at a caliber that instantly distinguishes their ability and intent. Their intensity screeches into existence from the first second of the EP and doesn’t stop until the obliterating final track “Forgive Me Father” rains hell during its massive breakdown. This is a clearly talented band that are looking to make waves both musically and lyrically. What’s impressive lyrically is the writer’s ability to step above the low hanging fruit of torture, rape and brutalization (the hallmarks of less inspired acts) and instead focusing on the esoteric tanglings with the alchemical and spiritual.

And it works. It’s a brutal album, but it makes its point and gets on with it. While no self-respecting death metal enthusiast would see their song length dip below the 3-minute mark, the group also manages to keep things in the 4-minute side of things. When it deviates is when it’s meant to, such as the grim sample track “War Of Life”, which leads into the devastating final track. And too, it has just enough nods to hardcore (crowd vocals, breakdowns) and death metal (everything else) and still walks the same path of bands like Ion Dissonance and The Red Chord. It will be interesting to see if the band can veer from the usual paths of other deathcore acts and carve something individual for themselves.

Check out Inherit The Sin