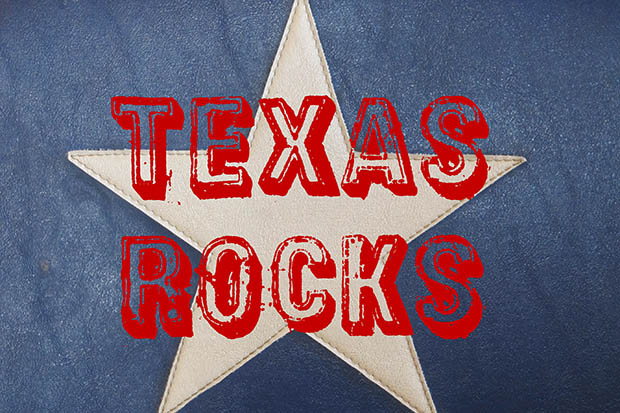 I have said it once, and I will say it again, when most people hear the words “Texas music”, most automatically picture cowboy boots, wrangler jeans, buttoned up dress shirts, etc. But, in my search for underground rock/metal groups in the Lone Star State, I have come across dozens of hardcore, in-your-face bands that deserve some attention for their unapologetic music!

It ain’t always buckles, boots and spurs here in Texas, we have us some long-haired, screamin’ demons slashing the masses with their ear-splitting tunes. And, this time around, we pay homage to five underground rock/metal bands from West Texas. Hold on tight, because these mother f*ckers don’t play nice!

– When you speak of sheer unapologetic, in-your-face, ear-melting music, Crafting the Conspiracy has to be a main topic of discussion. Odessa is not only home to the mighty Panthers, (I was a Bronco), it is not only filled with pump jacks and oil rigs, or dusty plains, my hometown features five hombres who make up one bad-ass band which doesn’t mind smacking the shot out of you with their hard and heavy tones.

When I hear CTC I reminisce back to my youth and my playlist of hardcore sounds which included Slayer, Cannibal Corpse and other scary-ass tunes that left the innocent in total fear. If you want melodic metal, and if it has to be dark and heavy to catch your attention, then look no further, CTC has it!

– You cannot get more hardcore than having a band named after a mix martial arts submission move. And, as there are diverse fighting styles in the MMA, Rear Naked Choke defines their style as not only assorted, but they brand their flair as high-energy, and not attempting to emulate or fit in a mold.

The band has been around since 2009 and in that time have garnered a solid following of fans due to their hard rocking and entertaining ways. Mick Taylor is one bad-ass vocalist and the band as a whole is an army of rock warriors that must be heard.

– If you have a sweet tooth and a hankering for some really hardcore heavy tunes, then these young cats from the Permian Basin have the remedy. Although these guys have been kicking it since 2009, I just recently heard of them a few months back. Moreover, although young, this band does not have a rookie sound. When sitting back and speaking with guitarist John Johnson, I got a feeling that they have a bright future; not only is he humble and respectful, but he and the band are also very knowledgeable and know exactly what they want from their music. And that is to severely pound out some crazy chaos song after song, leaving the fans salivating for more.

– If you dig groups like Mushroomhead and Cannibal Corpse, then you’ll be more than pleased with the sounds of Violent Vendetta. This band came to life in 2012 and possess a style that is unrelenting, and straight-up heavy fucking metal! Their singer is a big guy with a big voice that’s complimented with hard-ass guitar riffs and heart-pounding, aggressive drums. If you’re looking for an all-out assault on your ears, check them out.

– I know most are reading this article and wondering why I featured band after band from Odessa, but, when it comes to rock/metal, Odessa is and has been the stomping grounds of many talented underground groups. And being my hometown, naturally I am going to showcase their talents, and this progressive hardcore band, made up of five young lads who know how to entertain with their brand of killer tunes, deserve some attention. Heavy, hardcore and just all around crazy, their lyrics are poetic and their music can go from tame to terror in a second flat. Their sound is raw, melodic, and scratchy and scorn, I call it beautiful brutality. It scares the shit out of you, yet you beg for more.