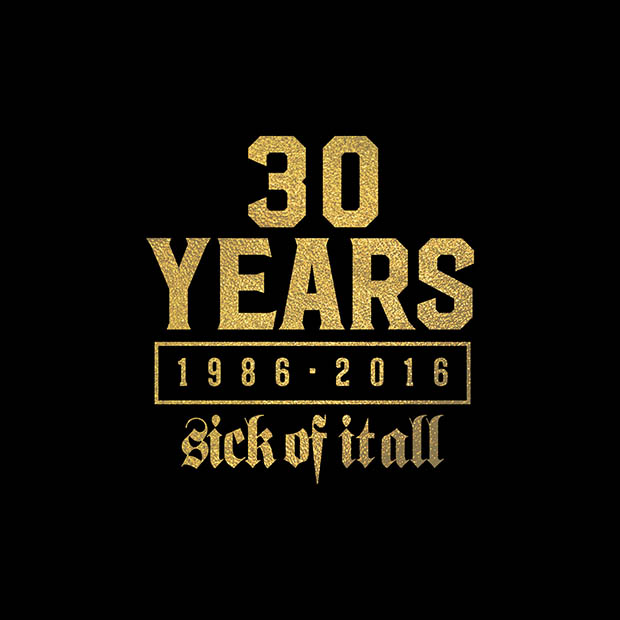 Sick Of It All – “When The Smoke Clears” [EP] [Album Review]

Where do I begin with Sick Of It All, a group so consistent their member list ostensibly looks like four solid pillars since 1992? Meanwhile their ratings and their fanbase have remained just as dedicated and true as the band has been to their own brand of hardcore that they helped burgeon and define.

With this, their latest in a long stream of releases from the band, what is immediately apparent is that it is neither an LP nor live album, something that immediately marks this as unusual from the rest of their discography. It’s rare for the guys to have any sort of deviation from either of these kinds of albums, and yet here When The Smoke Clears sits, a triumphant, defiant and reliable release.

I say triumphant because it is an excellent return to form for the band, as well as the group taking the opportunity to provide further fodder for their live shows to become even more energized and ramped up with intensity. Because that’s all this vicious little EP intends to do. Things begin with the title track, a deliberate behemoth that takes its time as it stomps across your face, a bludgeoning tempo creating a backbone for the rest of the EP to explode from.

“Black Venom” is that explosion, a vicious and blistering hardcore song that feels classic yet contemporary in its production, something that is rare to say without any irony these days. Heading into “Doomed Campaign”, it’s clear that Sick Of It All never left their Brooklyn roots behind, the Celt-influenced swing of riffs bringing up memories of Flogging Molly and Dropkick Murphys, before heading back into their distinct brand of grandstanding, New York hardcore. The final two tracks could feasibly be played back to back live, creating a perfect harmony of anger, vitriol, and finally an apocalyptic breakdown that seethes and foams, panting and exultant in the final moments of this incredible EP.

What’s astonishing about this record is how fresh-faced and revitalized SOIA sound. It’s rare for a band to go through a career as storied and busy as theirs (remember, they’ve released eleven full-lengths behind this, and this EP marks their 30th year as a band!) and come out the other side with fresh ideas and sound even more vicious. And yet here they are, taking the opportunity to release an album to mark their 30th anniversary as a band to put out instant classics that will see more kids stomping across faces and pounding cement floors. I’m relieved and grateful to see Sick Of It All put out this vicious, tidy little EP, with songs that will serve as anthems for the band going forward into the years ahead. Bravo!

When The Smoke Clears Track Listing:

Check out the song “Black Venom”