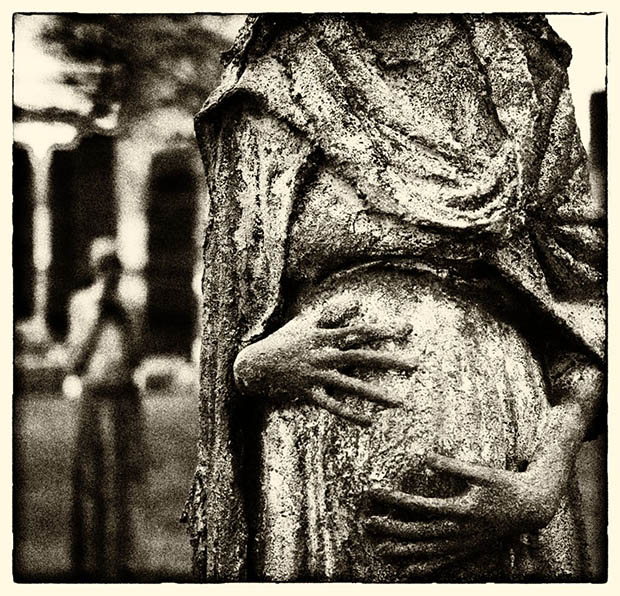 THIS IS NOT A FUCKING SAFE PLACE. This is how you are greeted by Panzerfaust when you look at the “About” tab on their Facebook page. I like it! Well, they don’t scare me so here’s the skinny on them. Panzerfaust is a Canadian black metal band formed in 2005 and The Lucifer Principle is their fourth offering and breaks the silence for them after about a three year period.

The first thing I notice when I listen to The Lucifer Principle is that it has a very cold and industrial feel to it. There’s plenty of sampling and dissonance, but there’s also some blast beats to go along with the howling/screams you normally associate with black metal. Overall, it’s a very dark and ambient album and I personally like to listen to releases like this to “zone out” to, or if I’m in a “mood”. Here’s a fun fact…There’s a Johnny Cash cover on the album! Panzerfaust does a great job blackening the hell out of “God’s Gonna Cut You Down”. Needless to say, it’s quite different from the original, but I’m pretty sure the man in black would approve.

Reading the release notes for The Lucifer Principle I came across this nugget, “The Lucifer Principle lays the rotting foundation and unwelcoming sound that perches upon the rigor mortis of the dead that the album depicts.” Yes, I would say that’s pretty accurate and more eloquent than anything I could have come up with. Is it black metal in the traditional Norwegian/Swedish sense? Not so much, but the term “black metal” is so subjective nowadays that it’s really up to the listener’s palate to determine what label they deem is appropriate. I can tell you this; however, it’s a solid album and worth a half-hour of your time.