Oakland three-piece band Dealer are gearing up to release their new album Billionaire Boys Club worldwide on February 17th, 2017 via Wicked World Records. Due out on LP, CD, digital and cassette formats, the album’s single “AM Gold” is now up for streaming.

“After seeing all these straight ahead rock and roll bands everywhere we went, I was really eager to start my own project but wanted to do something totally different,” explains Klausen. “We started out as this grungy weirdo dissonant punk band. In the early days we treated it more like a sort of art statement rather than a categorical band, it was really abstract and fun but in a way very naive.” 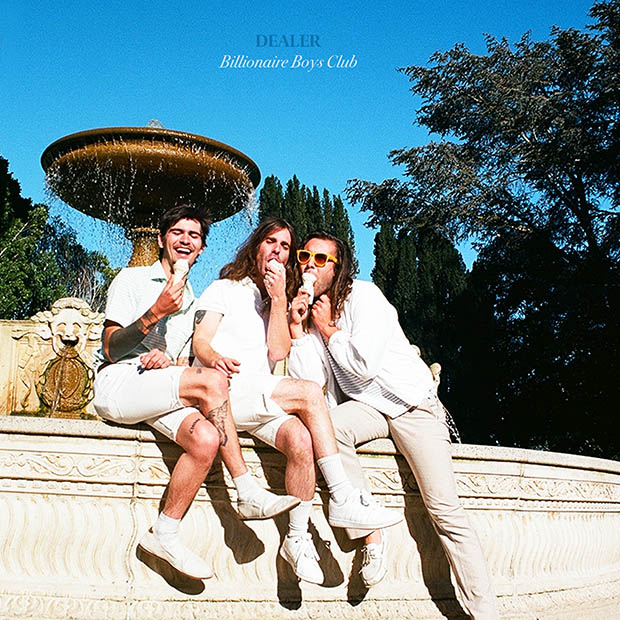