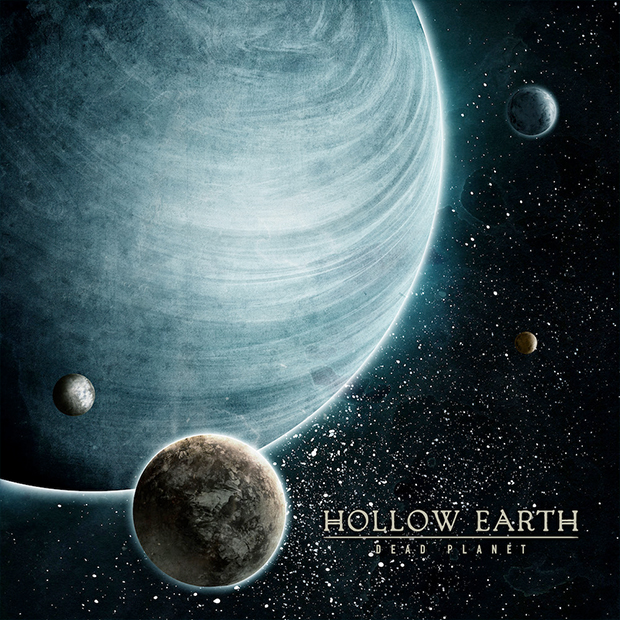 Having never heard Hollow Earth, I wasn’t totally sure what to expect when I picked up Dead Planet, aside from assuming the album had something to do with space (hint #1: the album title; hint #2: literal PLANETS depicted in the album artwork). I have to say, I was definitely impressed. The release delivers in both heaviness and melodies, with a vibe throughout that really does evoke vivid imagery of intergalactic travel (at least, that’s what it did for me, but full disclosure: I’m a huge nerd).

Starting with “Void I: Thousand Year Drift” and “Astral Dominion” the stage is set and listeners find themselves adrift in rock ‘n roll space. Midway through “Astral Dominion” the chugs kick in, coupled with grating vocals and that’s when the real fun begins. The next few songs are fairly heavy until we find ourselves lost again in “Void II: Terran Descent” which sounds exactly as the title suggests — floating through a void.

This album really showcases Hollow Earth’s versatility, shifting from melodic ambiance to brutal shredding at a moment’s notice. “Of Steel and Stone” and “Convergence in Recollection” are easily two of my favorite tracks off the album, delivering brutal vocals and guitar to match. Last, but not least, “Void III: Unresting Death” and “To An Earth Abandoned” offer a fitting outro to Dead Planet, leaving listeners with a sense of closure amidst the chaos.

If you’re a fan of bands like The Devil Wears Prada or Underoath, this is probably right up your alley. There is an almost cinematic quality to Dead Planet that makes this album stand out and I really don’t think anyone will be disappointed. Plus, who DOESN’T like a dystopian story about dead planets and looming galaxies?! So, when you’re ready to get lost on a journey into rock-space, get lost on Dead Planet.

Check out the track “Of Steel and Stone”