To metal fans he’s known as the frontman of Taiwan’s black metal band ChthoniC but, away from the group, Freddy Lim is an elected politician. Following America’s 2016 Presidential election, not to mention President-elect Donald Trump’s highly-scrutinized recent phone call with Taiwanese President Tsai Ing-wen, we sat down with Freddy and talked about his career, how fellow politicians react to him, the result of the American election and how he thinks it will affect Taiwan.

Before we start, can we get your thoughts on the recent results of the American Presidential election?
Freddy Lim: I’m a little surprised, but I’ve adjusted accordingly. I believe that America is a mature, modern democratic society, and that they will slowly reach a common consensus and common understanding.

What has been the general opinion across Taiwan on Trump winning?
Freddy Lim: Most Taiwanese don’t really know Trump, so after the election the most commonly discussed topic was what Trump’s Asia strategy is, and whether the friendship between Taiwan and America will continue and strengthen.

Something our readers might not be aware of is how you’ve had a long career in politics prior to your being elected. Can you give us a short history of your political career to date?
Freddy Lim: Before I was elected to Parliament I didn’t have any political career to speak of. Before I was elected I only had a musical career, but I have always cared about and been active in social activism and human rights. For example, from 2011 to 2014 I was the Chairman of Amnesty International in Taiwan.

How did you get involved in politics and what was the initial reaction to a “heavy metal” musician wanting to become involved in politics?
Freddy Lim: Around 2014 there were many important social movements in Taiwan, including the anti nuclear and Sunflower movements. I participated in these activities and encouraged important opinion leaders, especially the young leaders, to form political parties and run for office, to bring the energy of the social movements into the political arena. During this process I discovered that taking action myself was important more so than encouraging others, and that this was more effective in convincing them. And so, in 2015 I established a new political party with a couple friends, the New Power Party, and decided to run for public office as a Parliamentarian. In the beginning many people were surprised that I decided to run for office, especially since my district, Zhongzhen Wanhua, has the highest median age of all the districts in Taipei. At the time, the parliamentarian in power had maintained his seat for 5 terms, so most people didn’t think I had a chance at winning at all.

Considering your position in Parliament now, have people’s attitudes, outside of your music connections, towards you changed or evolved?
Freddy Lim: However, now, I feel that society at large, as well as my fellow Parliamentarians are pretty friendly to me.

There must be those who still believe there is no place in politics for a heavy metal singer, if you are experiencing that, can you tell us a quick story about one of your experiences?
Freddy Lim: Once in awhile someone will leave a message on my Facebook telling me to go back to singing, but I usually just ignore it. And these kinds of people are becoming less and less because the contents of my interpellation videos, the bills my team proposes, the topics we discuss, and the budget reviews we put out are all very important. The people understand that we are very specialized in our investigation.

You’re did a show in Taiwan this past weekend, can you tell us a bit about what you performed and how the crowd reacted?
Freddy Lim: This this is a very traditional festival with over a 150 year history in my district of Zhongzhen Wanhua. This year I helped to combine it with a rock festival to bring more young people to this festival. The audience´s reaction was very positive, both the elderly and the young people that came enjoyed themselves very much. Furthermore, many ChthoniC fans finally had a chance to see me perform. Although it was just me guesting other band performing 3 ChthoniC songs, I could tell the audience was very excited.

What feedback have you had from ChthoniC fans regarding your political career?
Freddy Lim: I feel like they must be a bit conflicted, on the one hand they like that I’m inquiring into governmental affairs and will often share news on my activities in the Parliament, however, they’re also worried that my work will cause ChthoniC´s next album to be delayed. 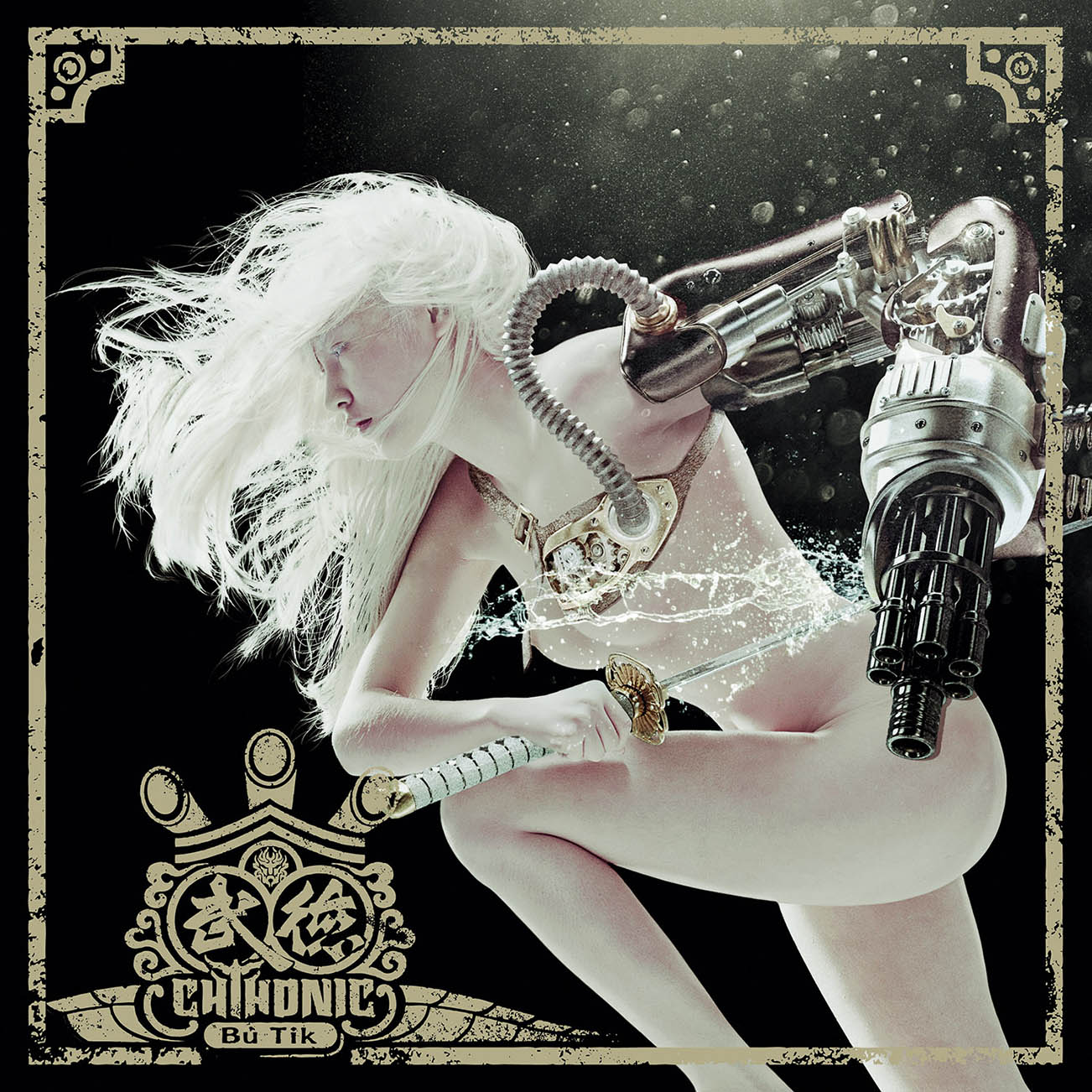 On the other side, have there been many interesting reactions when your political colleagues hear and see your ChthoniC persona?
Freddy Lim: Some Parliamentarians will ask me to perform in their districts as well so that their festivals can also be known by more young people; however, currently I don´t have any plans to do so, otherwise I think I’d be performing every week….

Going back to your political career, you’ve been very outspoken about your views on Taiwanese independence which has caused you problems in countries such as China where I read you’ve been banned since 2003/2004. Has that frustrated you? And what solution-oriented tools do you use to elevate your attitude and your stance?
Freddy Lim: Being blocked by China hasn’t disappointed me at all. Because ChthoniC’s primary markets, aside from Taiwan, reside in Japan, Europe and North America. And our Chinese fans will still find means online to buy our merch, or they will go to Hong Kong or Japan to attend our concerts. But more importantly, if we were disappointed by this sort of thing, then what about all those Tibetan, Uygur, and human rights activists that have been oppressed by China?! We cannot be disappointed, we must maintain hope and stand with them!

What about ChthoniC fans in China how has their reaction been to your political views?
Freddy Lim: Typically they will avoid talking about politics, so that their accounts won’t be deleted on Chinese social media, their articles deleted, or followed.

Check out the song “Defenders of Bú-Tik Palace”

Many heavy metal musicians have a career outside of their band, but it would be fair to say none of them are as life-consuming as yours. How do you balance the two?
Freddy Lim: Currently, I maintain my job as a Parliamentarian as my primary work and find time to participate in songwriting on ChthoniC side. As for performances, they have significantly reduced. I think my primary means of finding a balance lies not in balancing my own life but in working things out with my band members.

Going forward into 2017 and beyond what are your goals as a politician? What would you like to have achieved by this time next year?
Freddy Lim: In terms of the Parliament I hope that the Transitional Justice Promotion Act, Referendum Law, Parade and Assembly Protection Act, and Election and Recall Law can pass or be fixed. Also that the The Indigenous Peoples Basic Law can realized in a meaningful way. And in another way we hope that we can convince many young people of ability, and thought leaders to join the NPP to prepare for the 2018 local elections.

Finally, I believe over the last few years you have struck up a friendship with the Dalai Lama. How did that come about and what have you learned from him?
Freddy Lim: In 2003 I collaborated with the Beastie Boys to hold the Tibetan Freedom Concert in Taiwan and have always supported Free Tibet Movement and met the Dalai Lama 3 times. He is a passionate and curious elder. Since I have known him my own personality has changed a lot, I’ve become a lot more calm and patient person. As an elder who carries the suffering and hopes of 6 million brothers and sisters yet maintains such an optimistic outlook on the world and continues to inspire others is an admirable thing. Everyone should understand his life story and learn from it.

What are the Dalai Lama’s thoughts on ChthoniC?
Freddy Lim: Because the government of China often derides the Dalai Lama as a demon, so I had a very deep impression, the first time I met with him and showed him the picture of ChthoniC with all our makeup on and he said “This is the true demon” and then he laughed. He is truly a very humorous and funny elder. 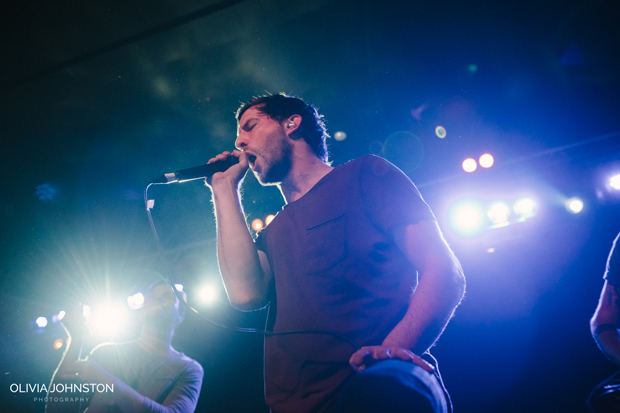 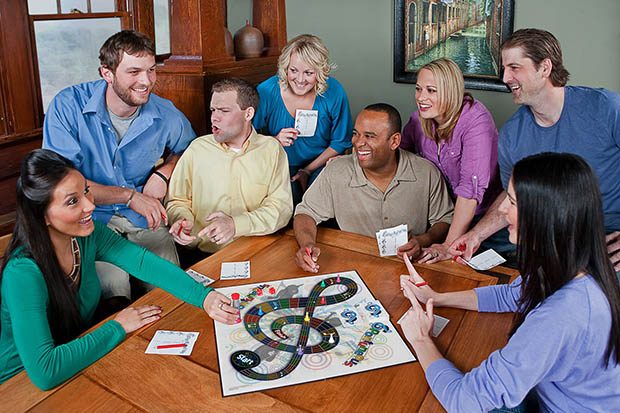