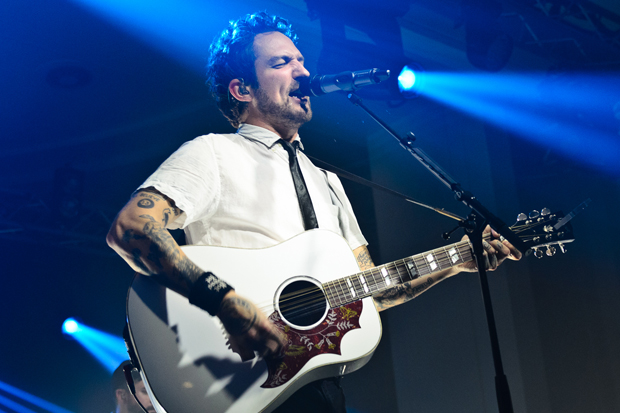 Just before this gig, a friend told me that Frank Turner was one of his top three artists to watch live and that he never did a bad performance. So, rolling the clock forward I’m shoe-horned into the venue as Frank takes to the stage announcing that this is gig number 1,988 of his career but even that staggering fact doesn’t quite prepare me for the utter brilliance that is Frank Turner live.

Okay, so the banter can border on cheesy at times but, from start to finish, everything about the show from the songs to the connection between Frank and the crowd combines to create something truly magical to experience. Heading to the back of the venue, one thing becomes obvious and that is the love Turner’s fans have for him and his music. There isn’t a person, young or old, in this packed venue that isn’t singing or dancing or smiling as Turner and his band smash out a twenty-odd song set.

Ensuring fans get something unique every night, Frank plunders his back catalogue admitting to having to “google the words to my own fuckin’ song” before playing the rarely aired “Nashville Tenessee” while the noise of the crowd singing during a chaotic “If I Ever Stray” threatens to even drown the frontman himself out. Of course, after nearly two-thousand gigs, you’d expect things to run like clockwork but, even at this stage of his career, Turner has an honesty about his music and the personality to make sure that, be it gig number one or gig number two thousand, every punter that walks out of the door at the end of the night won’t forgot the experience in a hurry.