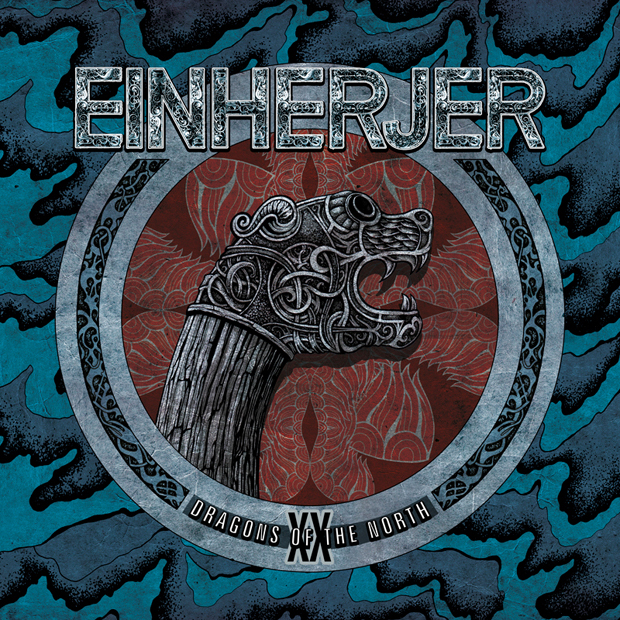 Einherjer’s newest release, Dragons of the North XX, is a re-recorded, freshened-up version of their first record, Dragons of the North (1996). For those not familiar with the band, they are an extreme Viking metal band from Norway who began their career back in 1993 and, over the years, have played many of the major European Open Air Festivals.

As many of you know, extreme metal is not usually my cup of tea but, every once in a while, one such band strikes my fancy and Einherjer is said group. Dragons of The North XX is a fun record but left me in a quandary; how could I drink my beer from a ram’s horn while simultaneously headbanging? On a serious note, this is a good record that expertly melds the rip-roaring party vibe of the Vikings with some serious extreme metal head banging, as guttural growls give way to large, almost sing-along choruses.

I have never heard the original version of this record so I can’t make any comparisons, but this re-release of Dragons of the North, at least to me, really seamlessly blends the two genres, creating something a bit out of the box that is sure to please extreme metal fans of all sub-genres.

Dragons Of The North Track Listing:

Check out the track “Dragons of the North”