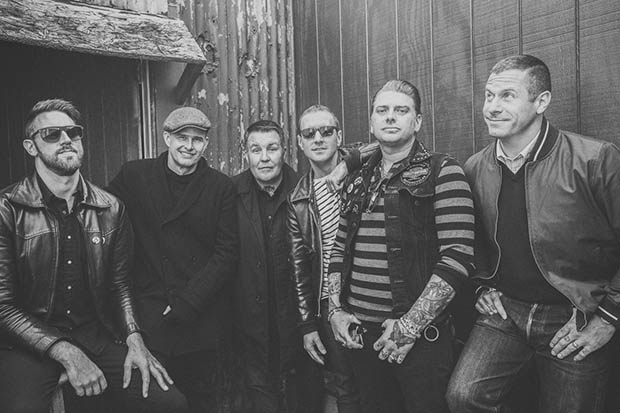 Renowned Celtic punks Dropkick Murphys are now streaming the song “You’ll Never Walk Alone”, a rendition of a track that originally appeared in 1945 in the musical ‘Carousel’. Kept alive by many artists including Gerry & The Pacemakers, Elvis, Frank Sinatra – not to mention it’s connection with Liverpool FC where it can be heard being chanted from The Kop before every match, Dropkick Murphys nailed the cover.

“You’ll Never Walk Alone” is the second track from the band’s ninth studio album 11 Short Stories Of Pain & Glory which is available for pre-order now and will be released on January 6th through their label Born & Bred Records. 11 Short Stories Of Pain & Glory was influenced by many things, including the band’s work with The Claddagh Fund, a charity the band established in 2009 to help support addiction recovery as well as children’s and veterans’ organizations.

The band is hands-on in raising funds, mentoring, and lending a helping hand in the fight. Many of the songs reflect these experiences, and the band’s sadness, anger and dismay at the opiate epidemic ravaging the country – in particular, Boston and New England. The song “Rebels With A Cause” was written about kids who are given up on, and left behind by a system that has written them off as hopeless. “Paying My Way” is about the way up and out of addiction and the dream of bigger and better things in life.