Phoenix, Arizona’s Ded are keeping the spirit of heavy music alive with the lyric video release of their latest track “FMFY.” Ded is loud and aggressive, but it’s not all about being angry. The band serves as a positive outlet as they produce an unapologetic sound that draws from the art of fantasy and expressive screams. Commenting on the new song “FMFY,” band lead singer Joe Cotela commented, “The lyrics are loosely inspired by Matthew Mcconaughey’s character Rust from the show True Detective. Although pretty extreme at times, a lot of his thoughts and ethos resonated with me and made me think about the human race and our programming. We’re programmed to be selfish and hopeful; and yet how hypocritical we are in the process of judging others and standing on our soapbox’s screaming our ‘important’ point of view.”

“I wanted to include myself in this by saying ‘Fuck me’ as well because I wanted to take a stance of true honesty without the self-righteousness of separating myself from whom I’m condemning. I am a part of all of these flaws and I contribute to the problem in my way. The important thing here is that I am attempting to be conscious of who and what I am while a lot of other people have no problem being complacent… They are on auto-pilot inside their little self-made narratives of ‘Who I am.’ We want to wake people up a bit with ‘FMFY.”

Ded was born in the music scene of Phoenix two years ago. The band’s work ethic and drive has led to a lot in that relatively short period of time, including tours with Beartooth, Asking Alexandria, Atreyu, Every Time I Die, Upon a Burning Body, The Acacia Strain, John 5, Powerman 5000, and Insane Clown Posse among others. The touring helped bring Ded to the attention of producer John Feldmann (Disturbed, Blink-182, Beartooth) who helped get them signed to Suretone Records. 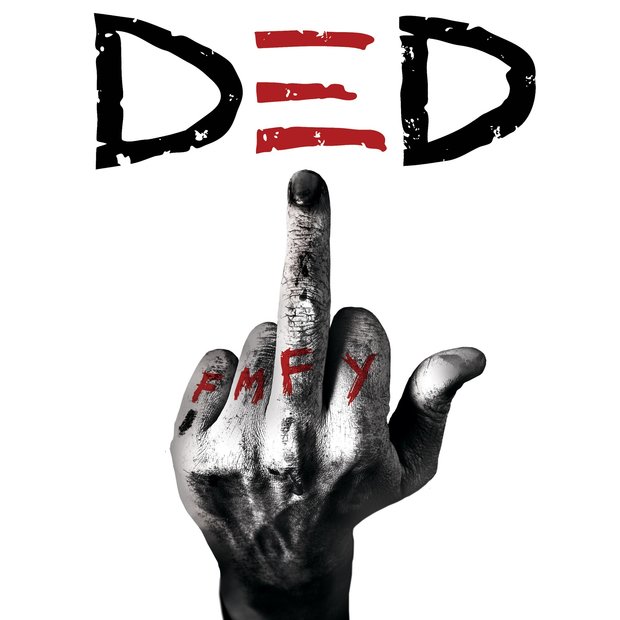