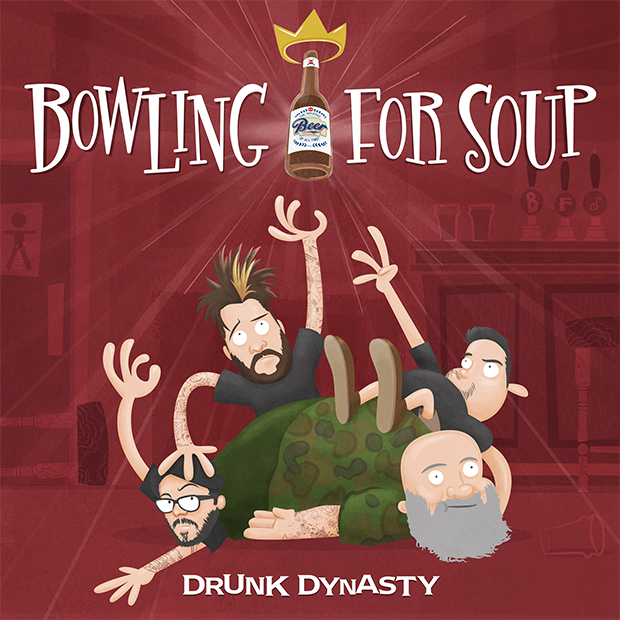 It’s been a few years now since the last release from Bowling For Soup. They’ve been at the pop-punk game for well over twenty years and have consistently maintained the same formula and, for this reason alone, I find myself conflicted as to whether I actually like it or not. On the one hand, unlike other bands of their generation, Bowling For Soup has never evolved beyond the usual pop-punk themes (girls, parties and getting drunk) and it actually frustrates me a little that they appear to be unable to take on a more mature tone. However, on the other hand, I find it a delightful walk down memory lane of past times when life was just that much more simple.

Still, despite my annoyance at the lack of variety in their range, it is still a really rather fun album filled with comical lyrics and the very essence of pop-punk guitar riffs that made me fall in love with this genre in the first place. Although the majority of the songs are pretty standard, as the album heads towards its conclusion there are a few stand out tracks such as “Don’t Be a Dick”, the really rather delightful acoustic number that features Kelly Ogden, “As Happy As Happy Gets”, and my personal favourite, “Drinkin’ Beer On A Sunday” – a country-inspired, light hearted comical story about, yes you’ve guessed it, getting drunk on a Sunday.

As previously stated, I am conflicted as to how I really feel about this album. Yes it’s fun and encapsulates the very spirit of pop-punk, but I do wish Bowling For Soup could push the boundaries just a little bit by stepping into territory they’ve not visited before.

Check out the track “Hey Diane”