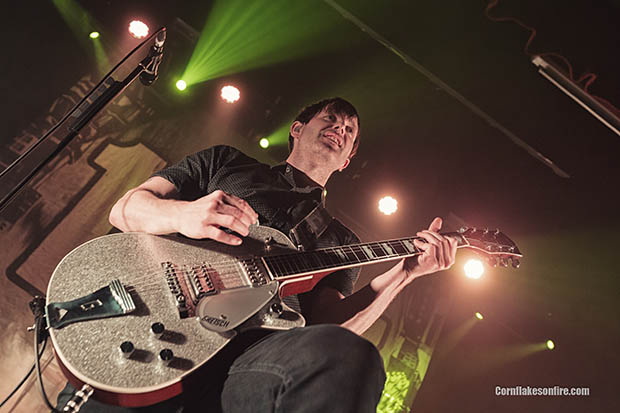 1996 was the year that saw Marilyn Manson unleash Antichrist Superstar, the Spice Girls asked us what we really wanted, and Dolly, the cloned sheep, had people worrying about a zombie sheep apocalypse. It was also the year that three young guys from Northern Ireland released their debut album, 1977. Catching the wave of garage rock and brit pop that dominated at that time, things took off for Ash and saw their album join many best of… lists for 1996. In celebration of the 20th anniversary of 1977‘s release, the Downpatrick trio are just finishing up a run of shows that sees them playing the album in full along with other hits from their back catalogue.

The scream of a TIE fighter across the PA announces the beginning of “Lose Control” and it’s clear that the boys are here to have fun. Tim Wheeler’s voice is loud and clear, Mark Hamilton is like a whirling dervish, throwing himself and his bass around the stage and Rick McMurray’s drums are punchy. It is all go for the four opening tracks, with “Girl From Mars” and “I’d Give You Anything” really getting the crowd involved. “Gone The Dream” is the first low-key number and this is where the flaws start to show. Without the full-on rock assault to rely on, it’s clear to hear the limitations of Tim’s vocals abilities. And where the drums were punchy for the rocking tracks, they are slightly overwhelming during the quieter numbers, but it’s soon back to action with “Kung Fu” and “Oh Yeah” raising the tempo again.

The first non-1977 track to appear is early-career single “Petrol”, which is followed by a quirky cover of the “Cantina Band” song from Star Wars. Another cover that gets an airing is ABBA’s “Does Your Mother Know”, which when stripped of its pop polish and crafted harmonies just comes across as an average bar band attempt. The evening gets rounded off with a double whammy of “Shining Light” and “Burn Baby Burn”, bringing to an end to a show that may not go down as one of the greatest of the year, but one that definitely brought the fans in attendance back to that summer in 1996 when we were all a bit younger and more carefree. And in these uncertain times, that’s no bad thing. 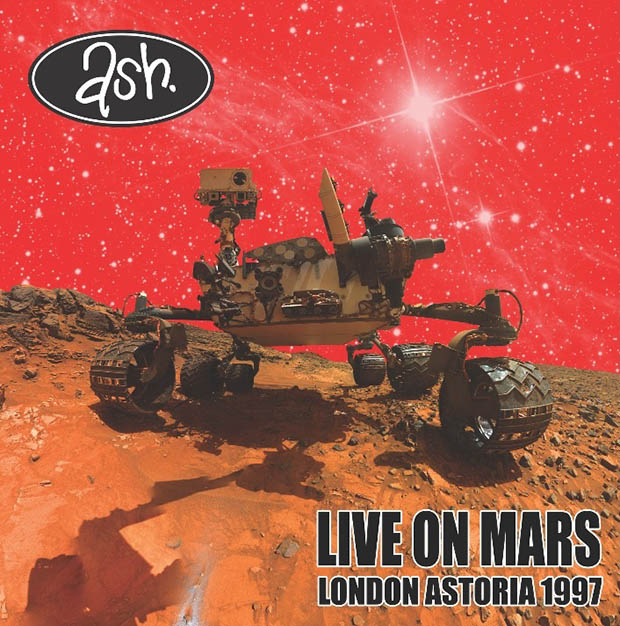