On May 10, 1996 Finnish Rockers, Apocalyptica, released their epic debut Plays Metallica by Four Cellos. The instrumental cello-driven rock opus changed the landscape of heavy music for years to come. To celebrate the 20th Anniversary of the album, the group re-released a remastered version with 3 bonus tracks on July 22, 2016. Containing never-before-released instrumental recordings of “Battery”, “Nothing Else Matters” and “Seek & Destroy”, the updated version gave fans a chance to revisit the novel take on this classic metal band.

After ending 2016 with shows in USA, Europe, Australia and Latin America, in 2017 the band will return with special anniversary shows to celebrate the 20th anniversary of Plays Metallica by Four Cellos, including an appearance at London’s Royal Festival Hall. 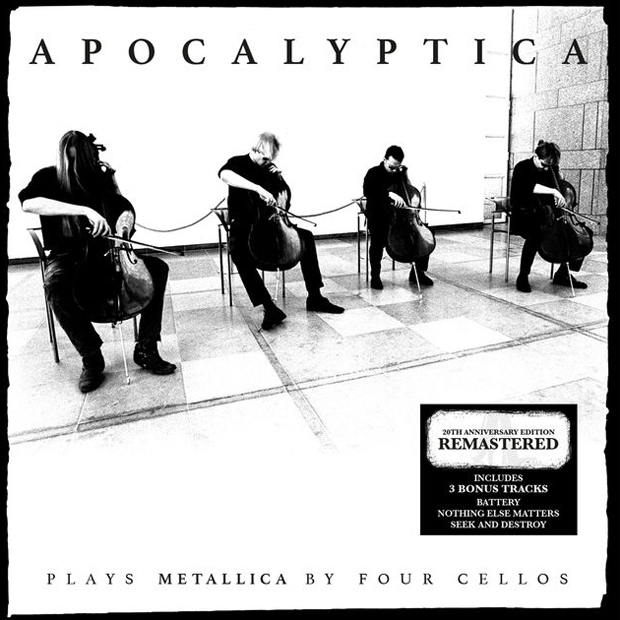