“They’re pretty good aren’t they?”, I hear one punter say to his mate as all-girl garage rockers The Franklys set about their short time on stage. Given a twenty-five minute slot, the four-piece waste no time making their mark on this audience. Thrashing about the stage like they own the damn thing and blasting through songs from their debut album (due out next year), songs like “Weasel” make it hard to disagree with the aforementioned punter because they certainly are “very good”. Expect to hear this name a lot in 2017.

Stoner rockers Crobot are another band who look suitably comfortable on stage as they smash out eleven songs of psychadelic stoner rock. Touring in support of their recently released album Welcome To Fat City, massive sounding riffs reverberate around the O2 Academy as the likes of “Easy Money”, “Skull Of Geronimo” and the title track of the aforementioned new album set things up nicely for the raucous party that is to follow.

By now, we’ve had two awesome support bands and the stream of fans pouring from the various bars inside the venue means this audience are well and truly warmed up for a night of rowdy rock n’ roll from the headliners, Aussie hell-raisers Airbourne. In town supporting their recently released new album Breakin’ Outta Hell, Joel O’Keefe and Co hit the stage like a bat out of hell and straight into opener “Ready To Rock”. 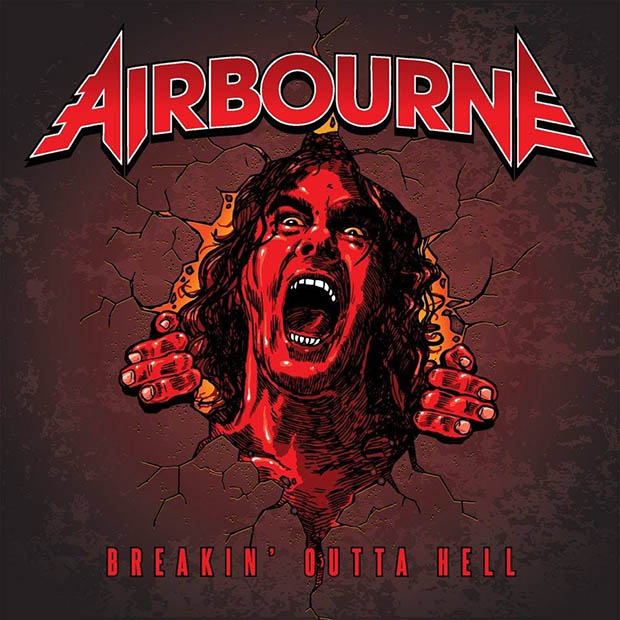 With no fancy stage show, just four guys and a stack of Marshall amps, Airbourne are all about the rock. It’s sweaty, it’s loud, they machine-gun riffs out like nobody’s business and there isn’t a person in the room who isn’t headbanging or pumping their fist before the end of the first song. By song three the band are drenched in sweat and soon to be drenched in beer as Joel does his customary smashing of a beer can before heading out into the crowd on the shoulders of his security guard during “Girls In Black” to do exactly the same.

“It’s All For Rock m’ Roll” is dedicated to much missed metal legend Lemmy while “Breakin’ Outta Hell” sees O’Keefe roar “this is for anyone who is going through any shit in their life at the moment..”, although, judging by the electric atmosphere in here tonight, most people left their worries at the door. On the downside, a short twelve songs later and things are done and dusted but, for the previous hour, it’s hard to complain at something that is rarely seen these days, a proper rock n’ roll show.