Luke Holmes plays guitar in the Canadian band Like Pacific, a punk group which release its debut full-length album, Distant Like You Asked, on February 19, 2016 via Pure Noise Records. Produced and engineered by Sam Guaiana at Room 21 Sound in Toronto, Distant Like You Asked serves up 10 kick-ass pop-punk anthems with a good amount of both variety and heaviness. Recently, we caught up with Luke to talk gear. Here’s what he had to say about the band, album and his Fender Jazzmaster!

What one piece of gear do you use to obtain your signature sound?
Holmes: I would say my guitar. I use a Fender Jazzmaster. 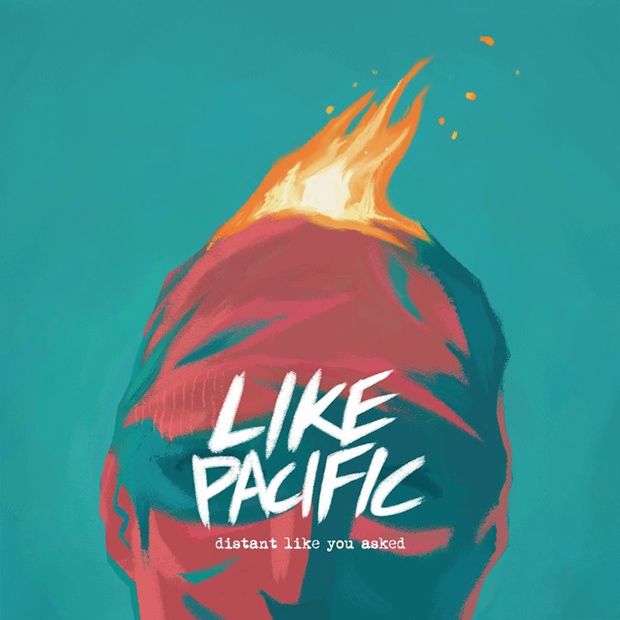 What about it makes it so important to you?
Holmes: I’ve had this guitar for years and years, and I’m super comfortable with it and the way it plays. It also has a Seymour Duncan humbucker as the bridge pick up, which gives it some good bite.

How was this gear used during the recording of your latest album?
Holmes: We used this guitar for a bunch of different rhythm, lead and clean parts on our newest record, Distant Like You Asked. We also used a Telecaster, a Les Paul Studio, an SG as well as a Gibson Nighthawk depending on the part/song.

What are the major pros and cons?
Holmes: I really like how versatile this guitar is, you can get some really full and heavy tones out of it and you can also get some really pretty clean tones with the P-90 neck pickup. It’s definitely not a 1 trick pony. The only thing I don’t like about my Jazzmaster is that the pickup selector switch is in a weird spot that I’ll sometimes bump into a different position by accident when I’m strumming hard. 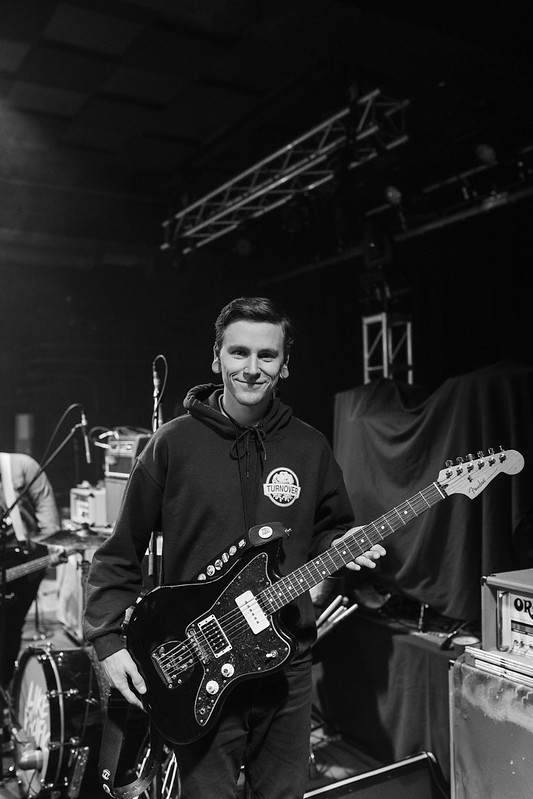 Do you have a backup for this gear, if so, what?
Holmes: I do! My backup guitar is a Gibson Nighthawk from the ’90s.

How long have you had it, how do you use it, would you ever change it?
Holmes: I’ve had my Nighthawk for 4 years. I don’t really use it live unless I break a string or something. Although I did use it in the studio for a couple parts on this record, most notably for the intro/lead parts in the song “22A”. I don’t plan on getting rid of it any time soon, but I would like to buy a Fender Starcaster sometime this year, so if that happens I will most likely use my Jazzmaster as my backup instead.

Give us your best “gear goes wrong” story.
Holmes: Thankfully, I haven’t had any serious issues on stage with any of my gear (*knocks on wood*) besides a broken string here and there. Greg though, our other guitar player, one time did a spin and his patch cable got caught on something and his head fell right off his cab and broke. That was probably the worst thing that’s happened with any of our gear. Haha!