In the latest of our series, we talk to Andrew Schwab, frontman with Orange County hard rockers Project 86 about his ink, painful tattoos and Guy Fawkes.

When, where and what was your first tattoo?
Schwab: 1999. Upper left arm/shoulder. Sid’s tattoo parlor in Santa Ana, CA. Eric Jones did the piece. He was a relatively new artist at the time. It is the Janji Symbol for “spirit” with a blue flame background. This would also be my answer to #7. It may someday be my answer to #8 if I can think of a decent solution that isn’t a black blob!

Do any of your tattoos have a particularly special meaning behind them? If so, do share man!
Schwab: I basically have 3 pieces, two of which are fairly large, which include two symmetrical chest shield and upper arm pieces, and a smaller vine piece which wraps around my forearm. They are traditional Japanese and symmetrical, for the most part. My left is all plant life with the main chest piece being a lotus. My lower arrm and upper arm match and coincide with one another when my arm is bent. My right is a dragon and koi (which is yet to be finished…it is meant to be a ¾ sleeve which is directly opposing to my left arm in terms of negative space.). They are meant to be a contrast between dark and light, which is different than their traditional Japanese meanings. In specific, the dragon is being killed by flaming arrows, which is meant to be the destruction of evil inside of me. The left side is meant to be life from the death of evil. 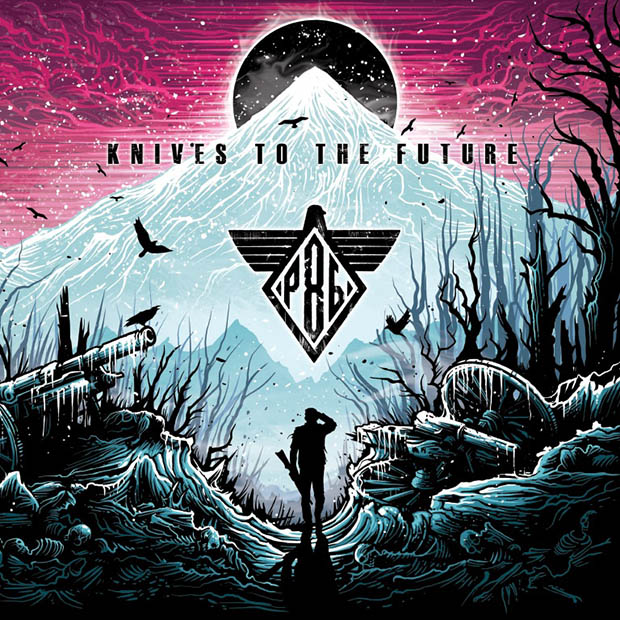 Do you have a specific shop or artist that you frequent (insert shameless plug time!)?
Schwab: The most positive tattoo experience I had was with Norm at Art with a Pulse tattoo in Maryland, which is in Glen Burnie!

Do you have any new tattoos planned or underway? Give us the dirt, dude!
Schwab: Nothing new at the moment, but like I said, I hope to someday complete my ¾ sleeve.

Have you seen any fans with a band tattoo, anything crazy memorable?
Schwab: I have seen hundreds of Project 86 tattoos over the years, and I recently began designing tattoos. I am @aschwab86 on Instagram and you can see some of my work there. I primarily focus on lettering with a modern fraktur/blackletter/calligraphic style. I am always excited to work on tattoos for people.

We know you have one… tell us about that stoned/drunken joke-tattoo you once got…
Schwab: I am thankful to confess all of my tattoos were inked (and decided upon) completely sober!

Have any tattoos that were painful. Like made you cry, see white light, and regret being born?
Schwab: Oh man. My chest was the worst. I was laying on my back for both shields, and I remember there was a pool of sweat underneath me that was not to be believed. The collarbone and center of the chest are tough places to get tattooed.

If you HAD to get someone’s face tattooed on you, who’s would it be and why?
Schwab: I guess the Guy Fawkes face from V for Vendetta would be pretty cool, large, on my back. Not planning on that, but you asked, and it was the first thing I could come up with!

Check out the song “Knives to the Future” 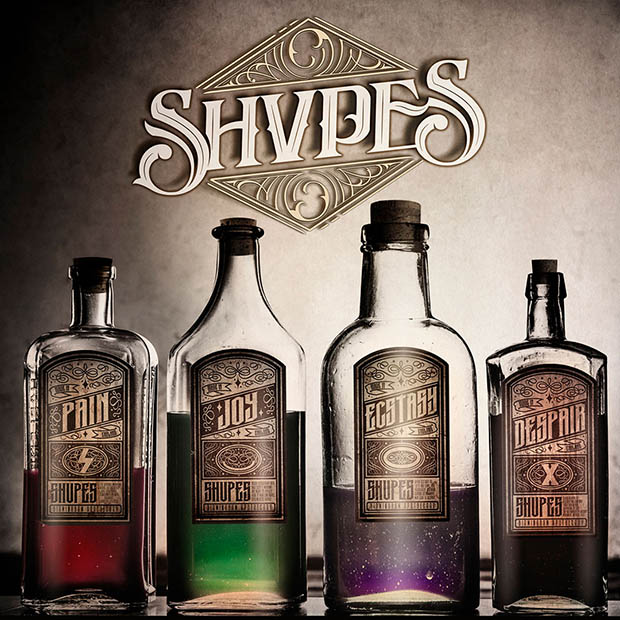